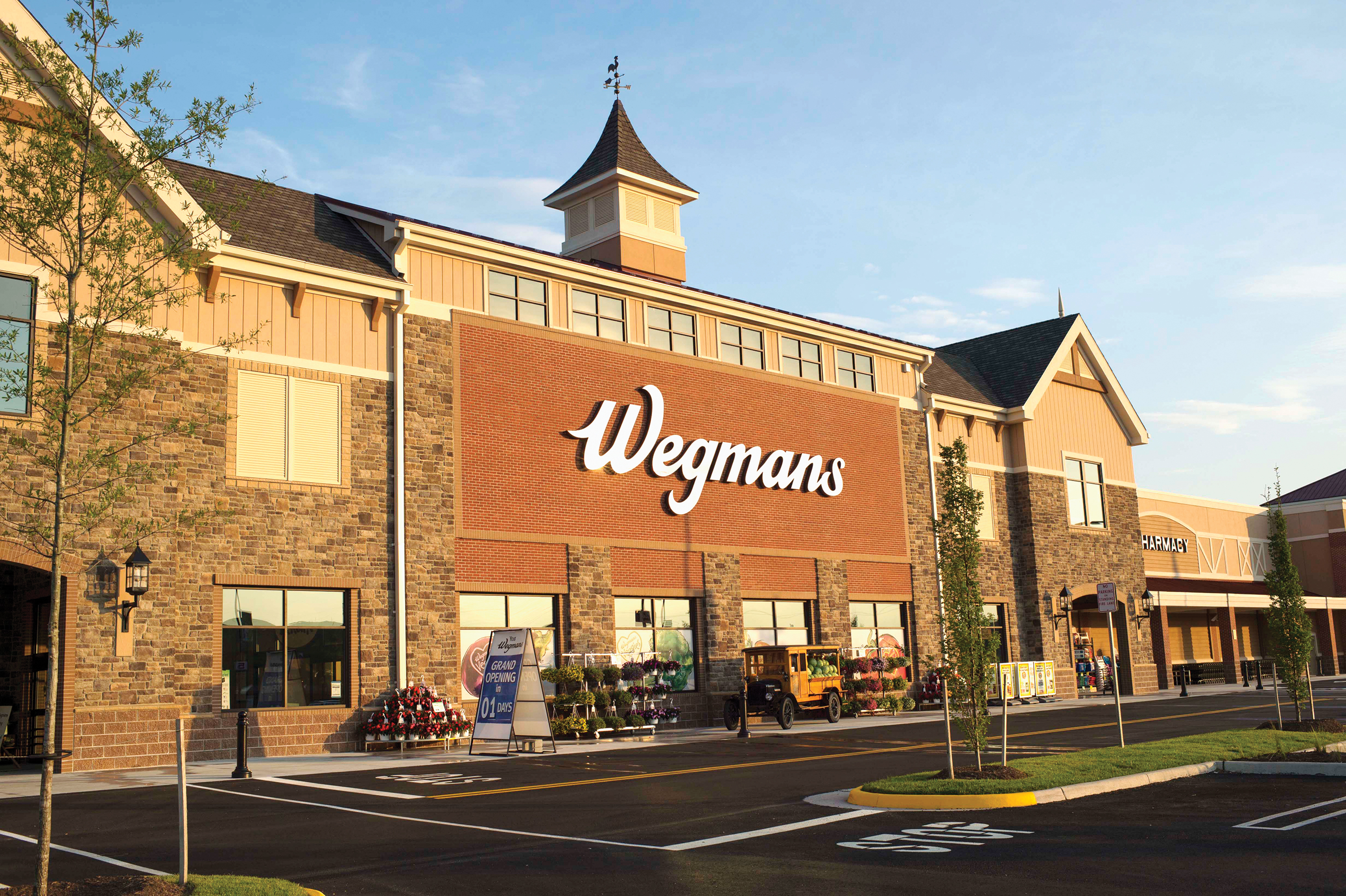 Wegmans is America’s favorite grocery retailer, according to an annual consumer study of more than 12,800 shoppers conducted by Market Force Information. Publix, which tied with Wegmans for the top spot last year, is a close second, followed by Trader Joe’s, Aldi and H-E-B. This is the third consecutive year that Wegmans has ranked first in the study, after unseating long-running favorite Trader Joe’s in 2016.

Wegmans held on to the top spot with a score of 77 percent on Market Force’s “Composite Loyalty Index.” Publix, which has consistently ranked well in the annual study, is a close second with a score of 76 percent, followed by Trader Joe’s with 75 percent. Aldi moved up a slot from last year to land in fourth with a score of 70 percent, and H-E-B rounded out the top five with a repeat score of 69 percent. Whole Foods landed in the middle of the rankings with 60 percent, while Safeway and Walmart ranked at the bottom with 42 percent and 34 percent, respectively.

“Wegmans, founded in 1916, is known for its fresh produce, reasonable prices and massive stores. The New York-based chain is expanding steadily and, with a focus on employee training to ensure a great customer experience, it’s created a legion of superfans eager for a new location to open near their home,” says Market Force.

When it comes to the six customer experience attributes that matter most to consumers, Publix and Wegmans tied for two key ones—store cleanliness and item availability. Wegmans once again ranked first for its specialty department service, while Publix was the clear leader for ease of finding items. Trader Joe’s was found to have the fastest checkouts, and it scored remarkably high for its courteous cashiers, besting second-place Publix in that category by nearly 10 percentage points.

Why shoppers pick their primary grocer

What leads shoppers to spend the majority of their grocery budget at a particular store?  The study found that convenient location (62 percent) is the main driver, although good sales and promotions (60 percent), and value for money paid (55 percent) are nearly as important to shoppers.

Consumer preference for local and organic choices at the grocery store is holding steady, with 58 percent of shoppers indicating that locally sourced meat, produce and dairy products are important. Forty-nine percent said they prefer organic when given a choice (down one percentage point from 2017), and 93 percent had purchased organic produce in the past 30 days, making it the most popular organic item, followed by meat, dairy and packaged dry goods. Baby products and paper products were the least bought organic items.

Meal kit delivery services—where a recipe and all the needed ingredients are shipped directly to the home—continue to grow in popularity.
Fifteen percent of study participants have tried a meal kit delivery service at least once (up from 11 percent in 2017), however, nearly half (49 percent) were less than satisfied with the experience. When asked why they opted for a meal delivery service, 50 percent said they were looking to add variety to their meal planning. Other popular reasons were to have a fun experience, save time and sample new ingredients.

Hello Fresh overtook Blue Apron as the most popular meal kit service, with 39 percent indicating they’ve tried it. Blue Apron fell one place to second with 35 percent, and Home Chef was a distant third with 9 percent. However, 83 percent who tried a meal delivery service have stopped using it (up from 76 percent in 2017), primarily because of poor value, but also due to portion size and cost. Home Chef once again has the highest satisfaction rating and the lowest customer churn, along with Plated.

“Many supermarket brands are embracing meal kits, and they appear to be making adjustments that address consumers’ misgivings about cost and value. For instance, Costco is now offering Blue Apron kits in some stores for 30 percent less than the subscription cost,” said Brad Christian, chief customer officer at Market Force. “While the supermarket industry has offered ready-to-go meals for some time, meal kits in stores is a fairly new phenomenon that we suspect will take off because it gives consumers the convenience they want without locking them into a subscription.”

Home delivery services for groceries also are growing in popularity—22 percent said they’ve used the service, compared to 18 percent in 2017. Most (35 percent) are using the service to order from online grocery retailers such as Peapod and Shipt, 34 percent through general online retailers such as Amazon and Jet, and 24 percent from a grocery store chain. However, one-fifth are still less than satisfied with the experience, leaving ample room for improvement.

Despite rise of tech, shoppers still keen on circulars

Although more shoppers are turning to mobile apps for grocery deals, it’s not dampening the popularity of circulars. Forty-four percent reported that they use a grocery app—up from 39 percent in 2017—and they’re overwhelmingly using them to obtain coupons.

That said, printed circulars have lost little ground in recent years, with 84 percent of shoppers continuing to use them at least weekly, and 14 percent using them at least three times a week. Eighty percent of shoppers said they plan their shopping trips based on the deals offered in the circulars, while 60 percent clip coupons and 59 percent use them to compare prices between stores.

For the rankings, Market Force asked participants to rate their satisfaction with their most recent grocery shopping experience and their likelihood to refer that grocer to others. The results were averaged to rank each brand based on a Composite Loyalty Index score.

The survey was conducted online in April 2018. The pool of 12,892 respondents represented a cross-section of the four U.S. census regions and reflected a broad spectrum of income levels, with 52 percent reporting household incomes of more than $50,000 a year. Respondents’ ages ranged from 18 to 65-plus. Approximately 77 percent were women and 22 percent were men.