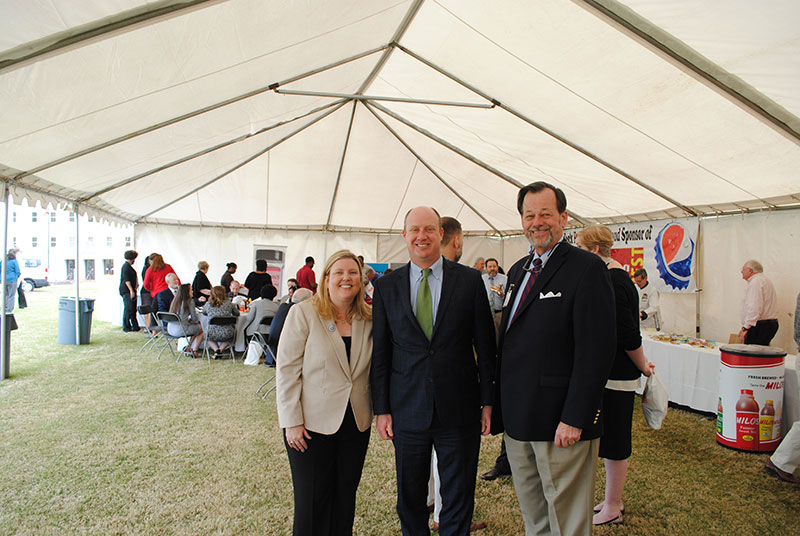 The Buy Alabama’s Best campaign to help Children’s of Alabama is now underway.

The Buy Alabama’s Best Campaign started in 2006, when four Alabama companies, the Alabama Grocers Association and the Alabama Department of Agriculture and Industries saw a need to identify products that were made in Alabama. Now more than 50 companies that are either headquartered, produce, manufacture or make their products in the state participate.

Retailers throughout Alabama will be supporting this campaign in their stores with Alabama product displays, ads, signage and special promotions. They also will be selling Children’s of Alabama icons to support the fight to find a cure for pediatric cancer.

Consumers can find Alabama’s Best logo on products at their local stores. A portion of the proceeds of the sales of these products will benefit Children’s of Alabama.

“We hope that people will look for the Buy Alabama’s Best logo when they are shopping at their local grocery store,” said Ellie Taylor, president of the Alabama Grocers Association. “Purchasing Alabama-made products supports both our local economy and Children’s of Alabama.”

“Children’s of Alabama is thankful for the community partners and the difference made through the Buy Alabama’s Best Campaign,” said Emily Hornak, community development and cause marketing manager at Children’s of Alabama. “By supporting the local economy and purchasing products made in our state, Alabamians can feel good about supporting both local businesses and helping families with children facing cancer.”

Alabama food manufacturers not only sell products in Alabama and employ state residents, but also purchase large amounts of raw farm products to make goods, paper, boxes and packaging. Alabama food product sales have a $2 billion impact on the state’s economy, tax base and, along with the food service industries, employ one out of every four residents.

The food retail industry in Alabama provides more than 70,000 jobs with over $2.2 billion in annual wages paid. Grocers pay more than $1.2 billion in state taxes and have a total economic impact on the state’s economy of over $12 billion.

Alabama grocers are working to bring fresh, healthy perishable food to more than 1.8 million residents, including more than half a million children in the underserved parts of the state.

Since 1911, Children’s of Alabama has provided specialized medical care for ill and injured children. Ranked among the best pediatric medical centers in the nation by U.S. News & World Report, Children’s provided care for youngsters from every county in Alabama, 42 other states and 10 foreign countries last year, representing more than 653,000 outpatient visits and nearly 14,000 inpatient admissions.