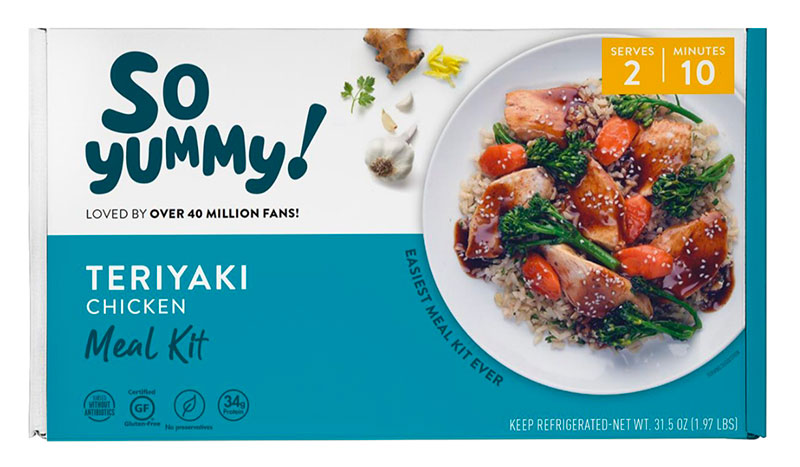 First Media’s So Yummy brand is making its first entrée into retail through a partnership with Chefs Menu. The two companies will deliver seven meal prep kits to thousands of U.S. grocery stores this fall.

Founded by restaurateur and food manufacturer Dan Costa, Chefs Menu launched its first retail meal kit in 2012. Since then, it has sold millions of products and worked with retailers including Costco, Publix and The Fresh Market.

“The desire to cook at home is stronger than ever, but the fast-paced lifestyles we live today leave little time for meal planning and scratch cooking,” said Costa, who is CEO of Chefs Menu. “With our chefs tackling the prep work and incorporating So Yummy’s smart food hacks, we are able to offer busy families the ability to cook a better-for-you, low-mess and affordable dinner without worrying about subscriptions. It is the perfect partnership for reaching a large community that is already looking to So Yummy for delicious, convenient meal ideas.”

First Media has tested consumer interest for So Yummy-branded products over the last year, including a series of five cookbooks. This partnership with Chefs Menu represents its first product licensing deal into retail. It also supports First Media’s strategy to leverage its  digital audience into taking real-world action.

Distribution details will be announced this summer.

With a focus on removing obstacles, Chefs Menu meal kits require no chopping, cook in one pan, and avoid complicated recipes. Chefs Menu operates its own manufacturing facility in Stockton, California, and sells both branded and private label meal kits, entrées and sauces in thousands of supermarkets across the country. Chefs Menu avoids all artificial flavors and preservatives.