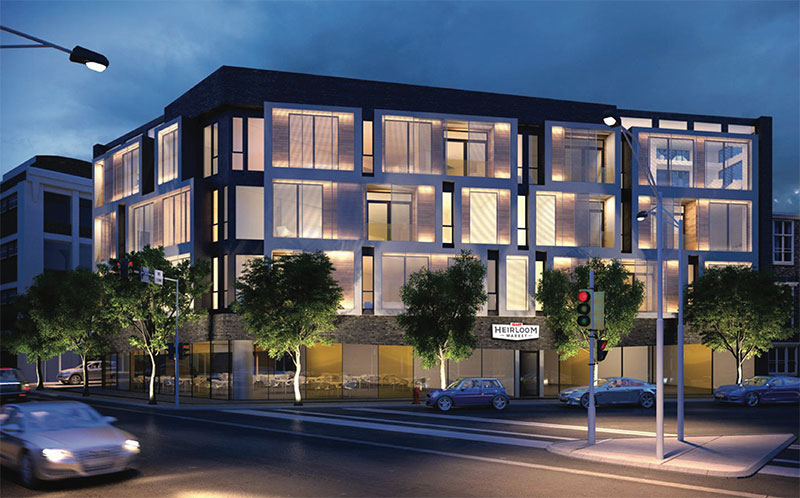 “The opening of our second Giant Heirloom Market store reaffirms Giant’s continued commitment not only to the Philadelphia region, but also to our strategic investment in the city’s urban core,” said Nicholas Bertram, president of the Carlisle, Pennsylvania-based company. “We’re thankful for the community’s enthusiastic response to our first Giant Heirloom Market in Graduate Hospital and look forward to introducing this innovative design and concept to University City next month.”

Angel Cordero, a 20-year grocery veteran, has been appointed store manager of the University City market. Cordero also managed the successful opening of the first Giant Heirloom Market. His strong customer service orientation, knowledge and expertise make him a clear choice to lead this next store opening.

“University City is the perfect neighborhood to bring Giant Heirloom Market to; a vibrant, fast-paced community full of professionals and students looking for fresh, healthy, convenient food,” said Cordero. “Just like Giant Heirloom Market, the University City community is a neighborhood bursting with creativity and innovation, making for the perfect pairing. We can’t wait to open our doors and get to know our new neighbors.”

The 9,950-s.f. store situated conveniently near Drexel University, the University of Pennsylvania and hospitals. It will cater to its neighbors by offering a wide selection of fresh, local and seasonal foods, convenient grab-and-go meals, a vast array of plant‐based foods, a large gluten-free section and a curated selection of wine and beer. The store will also highlight the store’s private-label brand, Nature’s Promise.

The market will once again celebrate and feature local partnerships with Philadelphia‐area food purveyors including High Street on Market, Claudio Specialty Foods and Isgro Pastries as well as a grind-your-own-beans option featuring locally based One Village Coffee.

Additional highlights of the store include a sampling station to encourage the exploration of new flavors, an expanded fresh-made sushi department, a gourmet cheese section with pairing recommendations, kombucha on tap and a do‐it‐yourself olive oil-and-vinegar blending station.

The first Giant Heirloom Market opened on January 25, in Philadelphia at 2303 Bainbridge Street. Two additional locations, one in the Northern Liberties neighborhood located at 1002 North Second Street, and one in Queen Village, at 201 South Street, are also planned.

Founded in 1923, Giant Food Stores serves millions of families across Pennsylvania, Maryland, Virginia and West Virginia through its 180 stores, 132 pharmacies, 102 fuel stations and its online grocery ordering and delivery services. Giant Food Stores employs more than 30,000 associates and is a company of Ahold Delhaize USA.