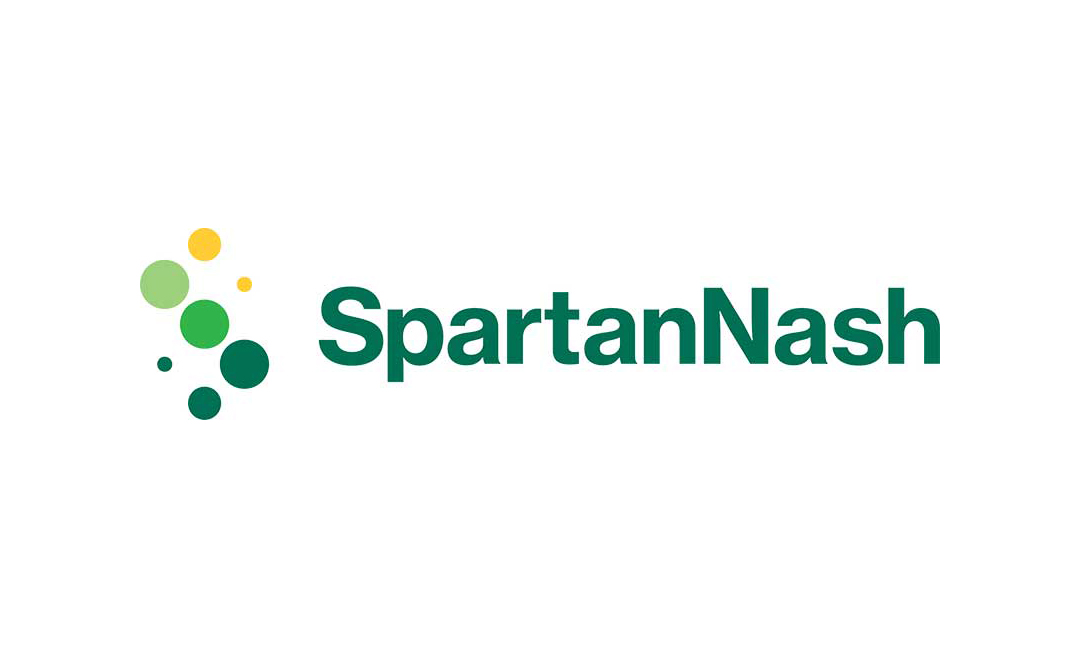 On Aug. 14, SpartanNash Co. reported its results for its 12-week second quarter ended July 13, with a mixed bag of increases and decreases.

The Michigan-based grocer had just announced its leadership transition, with Chairman Dennis Eidson stepping in to serve as interim president and CEO following the resignation of Dave Staples.

“Consistent with our comments in the press release issued earlier this week, the Board of Directors and I remain confident in the company’s overall strategic direction,” said Eidson. “I am excited to work with our team of talented associates as we focus our efforts on improved execution, while continuing to drive our top-line sales growth.”

Consolidated net sales for the second quarter increased $100 million, or 5.3 percent, to $2 billion from $1.90 billion in the prior year quarter. The increase in net sales was generated through incremental volume in the Retail segment resulting from the acquisition of Martin’s Super Markets and growth in the Military Distribution segment, despite a slow start to the quarter due to the Easter shift and unseasonably cool weather for the first two periods of the second quarter, the company says.

Reported operating expenses for the second quarter were $281.6 million, or 14.1 percent of net sales, compared to $235.8 million, or 12.4 percent of net sales, in the prior year quarter. The increase in expenses as a rate of sales compared to the prior year quarter was due to asset impairment charges primarily associated with the changes the company recently announced related to its Caito Fresh Production business including the decision to exit the Fresh Kitchen operations, additional Retail segment business associated with Martin’s, as well as an increase in supply chain expenses.

The company reported operating earnings of $7.4 million compared to $29.8 million in the prior year quarter. The decrease was primarily attributable to impairment charges, lower margin rates on comparable sales, higher supply chain costs and incremental losses from the Fresh Kitchen operations, partially offset by favorable incentive compensation, incremental earnings from the newly acquired Martin’s business and lower recall charges than in the prior year.

The Company reported a second quarter loss from continuing operations of $6.8 million, or $0.19 per diluted share, compared to earnings of $17.8 million, or $0.50 per diluted share, in the prior year quarter. The decrease reflects the factors noted above, as well as settlement expense of $8.7 million associated with the previously announced termination of the Company’s corporate pension plan and increased interest expense due to higher interest rates on the Company’s borrowings.

Net sales decreased $6.3 million, or 0.7 percent, to $935.4 million from $941.7 million in the prior year quarter. Excluding the impact of the elimination of intercompany sales to Martin’s subsequent to the acquisition, sales increased 3.0 percent, primarily due to sales growth from existing customers. The company’s rate of sales growth within this segment decelerated from recent quarters, largely due to the unseasonably cool and wet weather during the months of May and June. These trends improved during the month of July as the weather returned to more seasonable levels.

Operating earnings for Food Distribution were $0.3 million compared to $18.7 million in the prior year quarter. The decrease in reported operating earnings was due to asset impairment charges primarily associated with changes to the Caito Fresh Production business noted above, losses associated with the Fresh Kitchen operations, and higher supply chain expenses, partially offset by lower recall charges than in the prior year, and favorable adjustments to incentive compensation.

Net sales increased $0.9 million, or 0.2 percent, to $490.6 million from $489.7 million in the prior year quarter. The increase was primarily due to incremental volume from new business with an existing customer that commenced late in the fourth quarter of 2018 and DeCA’s private brand program, partially offset by lower comparable sales at DeCA operated locations.

Operating loss for Military Distribution was $1.6 million compared to operating earnings of $3.1 million in the prior year quarter. The decrease was primarily attributable to lower margin rates, partly due to a shift in the mix of business, and higher supply chain costs, as well as the cycling of gains related to the sale of a closed facility in the prior year quarter, partially offset by favorable adjustments to incentive compensation.

Net sales for Retail increased $105.4 million, or 22.7 percent, to $570.0 million from $464.6 million in the prior year quarter. Excluding the acquisition of Martin’s, sales decreased 3.3 percent, due to lower sales resulting from store closures and a decrease in comparable store sales of 2.0 percent. Comparable store sales were negatively impacted by the shift of the post-Easter week into the second quarter by 0.5 percent, as well as the unseasonably cool weather for the first two periods of the quarter.

SpartanNash remains focused on the execution of its top five objectives for 2019, which are designed to accomplish its long-term strategic objective: To build and operate a national, highly efficient distribution platform servicing a diverse customer base through three business units of Food Distribution, Military Distribution and Retail.

The following summarizes these objectives and the company’s progress during the second quarter of 2019:

Achieve Mid-Single-Digit Sales Growth. The company sustained this objective in the second quarter, realizing 5.3 percent sales growth from the same quarter in the prior year and delivering its 13th consecutive quarter of sales growth.

Realize More Than $15.0 Million of Savings Over the Next 24 Months from Project One Team. The company has completed the implementation of a number of initiatives and is in process with others. It remains on track to achieve a run rate of more than $20.0 million in annual cost savings within the next 24 months.

appointed Walt Lentz president of Food Distribution. Lentz has an extensive background in logistics, supply chain and food manufacturing, including roles as acting CEO and chief supply chain officer of Peapod LLC, the grocery e-commerce business division of Ahold Delhaize. He oversees the Food Distribution segment and has assumed responsibility for the company’s supply chain.

Reduce Debt and Working Capital While Lowering Financial Leverage Ratios. Since the second quarter of 2018, the company has paid down over $90.0 million in debt, resulting in an $8 million reduction in the debt balance despite the acquisition of Martin’s at the beginning of fiscal 2019. The company also reduced its working capital by over $15.0 million from the second quarter of fiscal 2018, while continuing to grow sales. The company will continue to focus on working capital improvements and debt reduction and expects to achieve total working capital improvements of $30.0 million for the full fiscal year.

Improve Adjusted Operating Earnings and Adjusted EBITDA Trend. SpartanNash recently executed a significant number of changes in leadership, including a transition in the president and CEO position, as noted above. According to the company, “The leaders of SpartanNash have a renewed focus on driving operational execution and organizational development, while enhancing the distribution business.” As part of these efforts to improve operating earnings and EBITDA trends, the company recently announced its decision to exit the Indianapolis-based Fresh Kitchen operations and shift the company’s focus and expertise to the produce distribution and Fresh Cut operations, which have been the hallmark of the Caito business. The company expects to complete this transition by the end of fiscal 2019. These changes, along with the other strategiesabove, are believed to be critical to return the company to long-term profitable growth, it says.