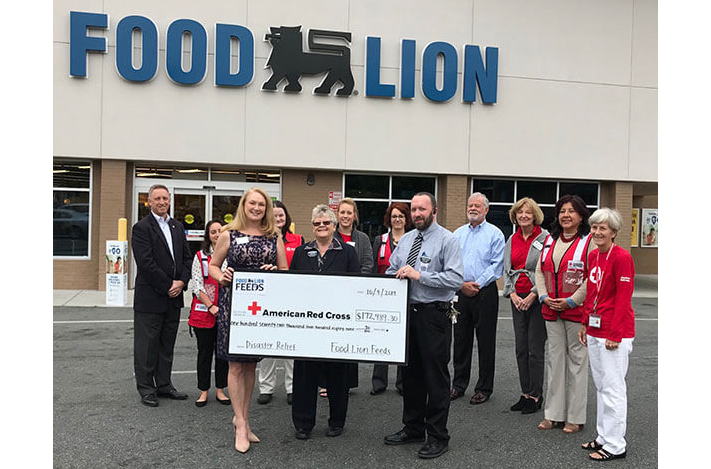 Food Lion customers and associates have donated more than $170,000 to the American Red Cross Disaster Relief Fund in response to Hurricane Dorian, which impacted the East Coast last month.

All funds raised through the two-week campaign, which started Sept. 6 and ended Sept. 20, were donated to the American Red Cross Disaster Relief Fund to help neighbors in need recover from Hurricane Dorian and other disasters.

“The Red Cross is proud to count Food Lion as a partner to provide people with much needed support as we help communities impacted by disasters big and small, and countless other crises,” said Don Herring, chief development officer at the American Red Cross.

Food Lion offered customers the option of donating at all checkout registers the amount of their choice or rounding their purchase up to the nearest dollar.

“We know that our associates and customers care about their neighbors in the towns and cities we serve that were impacted by Hurricane Dorian, and it’s no surprise they responded in such a big way,” said Meg Ham, president of Food Lion. “Our communities know they can count on Food Lion in their time of need, and we’re proud to join with the American Red Cross to support our neighbors in need as they recover from Hurricane Dorian or any other emergency needs.”

Food Lion, based in Salisbury, North Carolina, since 1957, has more than 1,000 stores in 10 Southeastern and Mid-Atlantic states and employs more than 63,000 associates. Through Food Lion Feeds, the company has donated more than 500 million meals to individuals and families since 2014 and has committed to donate 1 billion more meals by 2025. Food Lion is a company of Ahold Delhaize USA, the U.S. division of Zaandam-based Ahold Delhaize. 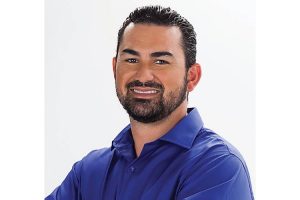