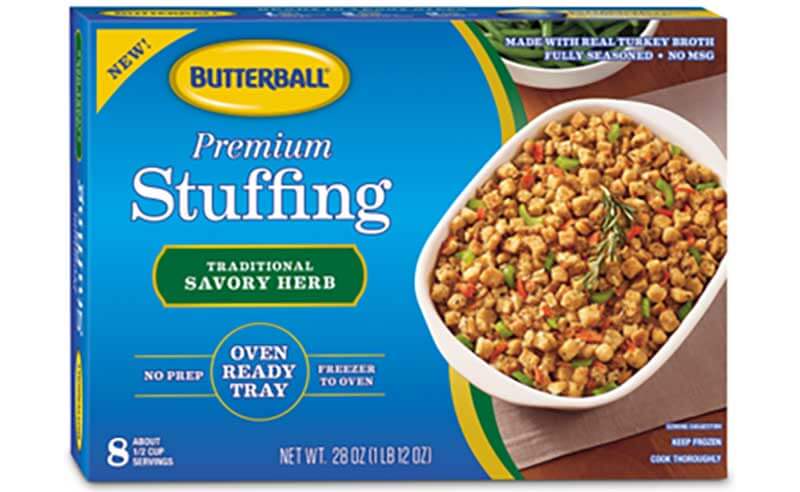 Garner, North Carolina-based Butterball has been in business for more than 60 years. The brand, best known for its turkey, now is offering a line of stuffing.

Butterball Premium Stuffing comes in two flavors: Traditional Savory Herb and Cornbread with Turkey Sausage. Pre-packaged in an oven-ready tray, this stuffing goes straight from freezer to the oven. Both flavors are prepared from Butterball’s classic homestyle recipe, combining breadcrumbs, real turkey broth and ingredients like chopped celery, onions and butter or sausage.

“This heat-and-enjoy stuffing is designed to take some stress out of holiday meal preparation,” said Michelle Lieszkovsky, marketing manager-emerging innovation. “We recognize that some holiday hosts feel hesitant or overwhelmed by the cooking and preparation that goes into a delicious holiday meal. This stuffing is as delicious as grandma’s recipe without any of the prep work. When it comes to the Thanksgiving meal, 54 percent of hosts agree they worry about getting everything just right (source: Edelman Media Survey, Spring 2017), and Butterball Premium Stuffing eliminates that stress because it’s made by the brand shoppers already know and trust for their Thanksgiving turkey centerpiece.”

Data collected from Thanksgiving celebrations around the country indicates that stuffing is the most universally prepared side at Thanksgiving and is most likely to be prepared by the host. With the generational shift happening in hosting in 2019, younger cooks are revealing an interest in alternative cooking methods for turkey, such as fryers, smokers and grilling, which Butterball says indicates a need for a stuffing option that isn’t cooked inside a turkey. In 2018, 60 percent of cooks prepared stuffing outside the turkey, which was up from 53 percent in 2012 (source: AAU 2018 Brand Study: Q.THANK4F:  How was the stuffing/dressing cooked?). 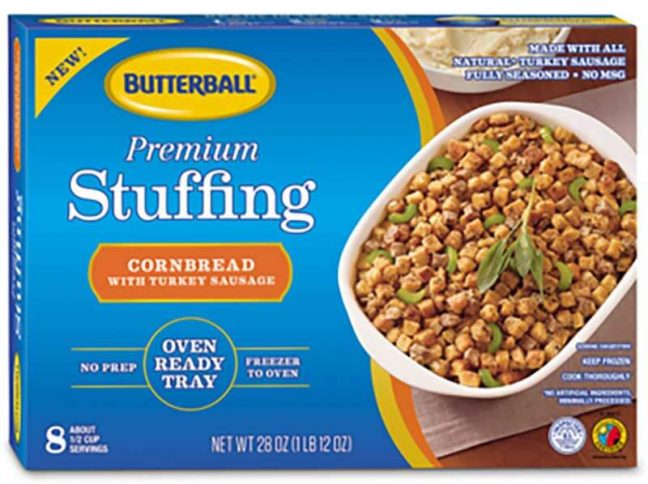 Butterball Premium Stuffing is a limited-time offer for the 2019 holidays and available at select retailers nationwide, including: