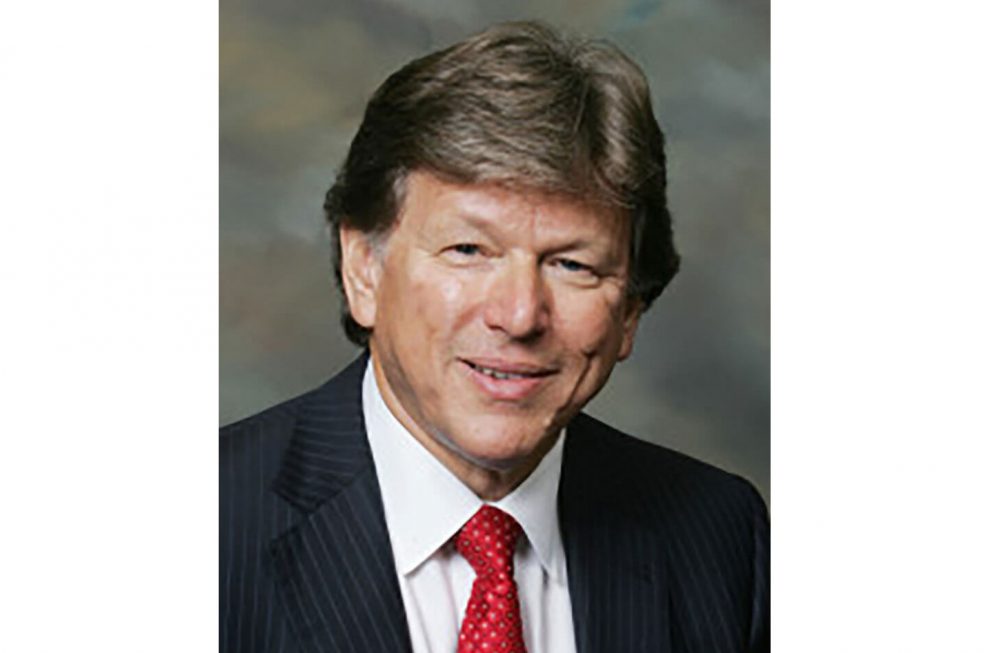 Richard Saker still carries strong memories of when the New Jersey Food Council (NJFC) was founded 51 years ago in his parents’ living room in Freehold.

His father, Joseph J. Saker, founder and chairman of Saker ShopRites, was one of the state’s preeminent leaders in the food industry. With others, the senior Saker created the infrastructure of what would become one of the most powerful business and advocacy organizations in the state.

“My father understood that grocers needed a voice to represent the food industry before government leaders and this vision led to the creation of the New Jersey Food Council, where he served as founding chairman,” Saker said, whose father passed in 2012 at age 83. “He was a guy who could clearly see the big picture.”

Saker’s father was on his mind when he recently passed the gavel after three years as chairman of the NJFC. The NJFC leadership presented Saker with a painted portrait of him and his late father.

“There was no shortage of pressing issues during my term as chair for which NJFC didn’t rise to the occasion,” Saker said. “From standing up against misguided government policies, enhancing our governance and membership, growing our sponsorships, building on our financial resources, expanding our political action presence and launching our Choose to Reuse campaign to solve disposal bag issues, our members have never ceased to amaze me in their vision and perseverance.”

Saker handed the gavel to Joseph Sofia of Wegmans Food Markets, who is now the 20th chairman of the organization.

“It is my intention to follow the path Richard has built and continue to instill the values and principles that have endured from the past 19 chairs before me over the course of the last 51 years,” Sofia said.

“Richard Saker remains a thoughtful and determined leader of the NJFC and has served as a great ambassador,” said Linda Doherty, president and CEO of the NJFC. “Richard’s hand-print is on our agenda and the future of the New Jersey food industry will be a significant legacy for our association.

“Having worked with Richard for the last three years, we are grateful for his insight, laser focus, curiosity to understand the policy and political process and his ability to rally our board to get things done,” she added. “We could not thank Richard and the Saker family enough for their support, foresight and tireless effort.”

It is through extraordinary collaboration that the NJFC has enjoyed significant legislative, regulatory and association successes on behalf of the membership, Doherty said.

The 2020 slate of NJFC officers includes: