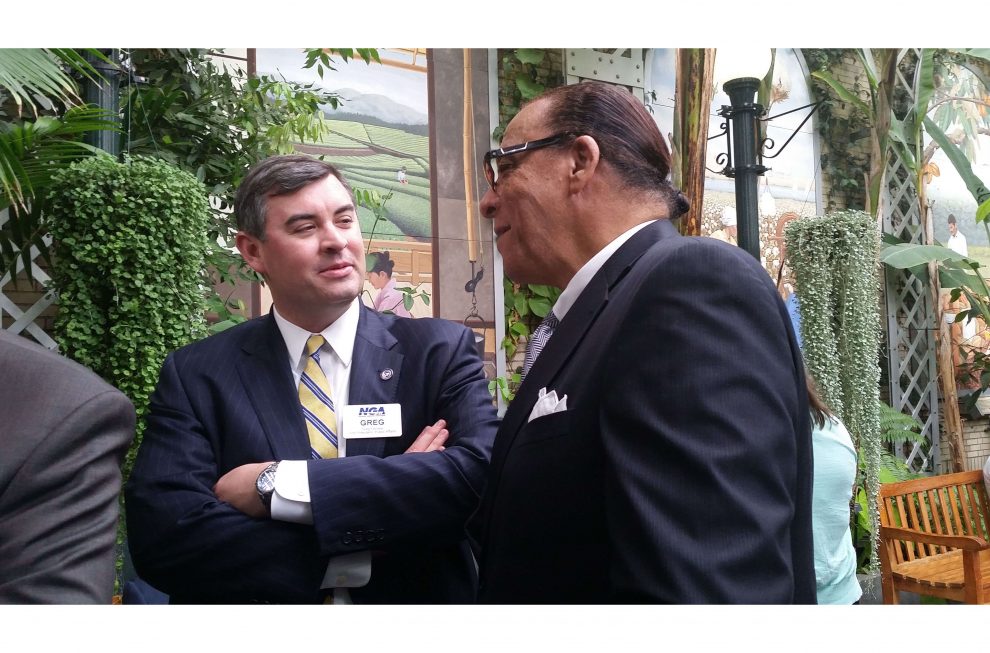 Friends, family and colleagues are mourning the loss of grocery industry icon Andre Moses White, a man hailed for his charisma, versatility and leadership.

“Moses was a uniter – he brought people together, and he lifted people up, and that included people from all walks of life, from all backgrounds,” said Greg Ferarra, president and CEO of the National Grocers Association.

“He was a unique person, and those of us who knew him well are better for knowing him and better for having worked with him. Our industry is going to have a void without him there.”

White, 75, died on June 3 from COVID-19 in Stone Mountain, Georgia. He was proceeded in death by his wife of 55 years, Joyce Dupree White, 73, who died April 2, also of the virus. The Whites, who were junior high school sweethearts and Florida A&M alumni, are survived by four children and four grandchildren.

And while he was doing it all, he was loving towards all.

“He had a way about him that made everyone feel special,” said Kathy Kuzava, president of GFIA. “I have never seen anyone that was able to connect with everyone he met like Moses White did. He talked to everyone with respect. Whether you were a United States Congressman or a young man bagging groceries, Moses brought out the best in everyone that had the pleasure of meeting him.”

Ron Edenfield, president and CEO of Wayfield Foods, said White had the type of personality that people just gravitated towards.

“We had an unbelievable friendship. I trust him with my life,” Edenfield said. “It started off business, but it turned into a tremendous friendship. Our families got to know one another well over the years, and he was a very, very, very loyal friend. We had a closeness that you just don’t find that often as far as in friendship. And we could talk about anything with one another and didn’t worry about it.”

According to his biography on the Moses White Foundation website, White moved to Atlanta in the late 1980s, where he and his son started The Georgia Sentinel, a progressive news outlet for Atlanta’s African-American community.

While building his business there, White got his start in the grocery industry with Wayfield Foods. He began doing consultant work for Edenfield in the early 1990s. Shortly thereafter, he became a board member for Wayfield.

Fast-forward to 2019 and White was putting on a Santa suit for the nearly 30th Christmas season at Wayfield Food Stores’ inner-city locations in Atlanta, spreading cheer to young and old alike.

“He just represented Wayfield so well in everything he did,” Edenfield said. “Moses, when he got involved in something, he gave it all. And that was whether he was playing Santa Claus, whether he was attacking some kind of a problem or whether he was lobbying on [Capitol] Hill.”

Through giving it his all, White was able to rally people, and he found great success in the government relations side of the grocery industry.

For several years, White would travel to Washington, D.C., with the Georgia Food Industry Association (GFIA) for the annual Supermarket Industry Fly-In. He and others would help lobby for policy, advancing important issues with the help of strong rapport.

As Kuzava put it, “He could lobby like no other.”

“Moses was always great at having those wonderful relationships with members of Congress where he could call them and get them to jump right into whatever product or project or initiative or legislation that we were working on at the moment,” said Jennifer Hatcher, chief public policy officer and SVP of government and public affairs for FMI.

One of his more influential relationships was with U.S. Rep. David Scott of Georgia.

“Since our days together as students at Florida A&M University, he remained a powerful and constant influence in my life,” Scott said. “His desire to be bold, to take a stand, and to fight for what he believed in had a profound impact on our community. He will be dearly missed, and I truly thank God for sending him our way.”

White’s unfettered passion and boldness drew people to join forces, with grocers and congressmen alike believing in him.

“He just represented not only our company, but our grocery industry in such a powerful way,” Edenfield said.

“He did nothing halfway. Everything was 100 percent. One of the kindest hearts of anybody that I’ve ever known in my life. He did things and would expect nothing in return.”

This selflessness translated into the work he did both inside and outside Washington, D.C.

In 2019, White brought to fruition the Moses White Foundation, an idea he developed in 2016 to honor his father. The foundation’s motto: “Improving lives so communities can thrive.”

“He would come into Washington to represent all of those people in his community who couldn’t – couldn’t make it or didn’t have the time to – and he did a very effective job of doing that,” Hatcher said.

And that’s why he lived his life – bringing people together.

“I first met him when I came to work for NGA almost 15 years ago,” Ferrara said. “I was a young man in the industry, and people like Moses just were welcoming to me.

“He was someone whose personality pulled you in and very quickly, you would find yourself on his team, working with him towards the goal he was trying to accomplish. I think that is just a testament to the person that he was, the person that so many people benefitted from.”

All of his impact aside, the void of friendship remains.