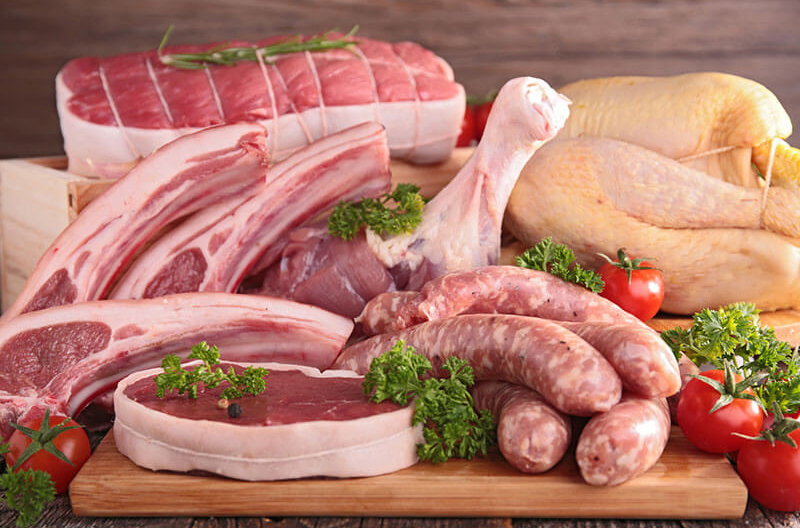 Anne-Marie Roerink, president of 210 Analytics, recently talked with The Shelby Report in a Q&A format about how prices and sales of beef and poultry have changed over the past three years and specifically the effect of the COVID-19 pandemic on these categories.

Despite being the biggest protein of all in dollar sales, beef also gained the most, at +19.9% versus year ago. This strengthened their dollar share to more htan 54% of total fresh meat sales. Ground beef did tremendously well given its versatily, ease of preparation and price point. But at the same time, many high-end cuts also saw big gains as consumers recreated restaurant meals at home. In processed, hot dogs, brats, etc that help stretch the meat dollar and make for a quick and easy lunch all did great as well.

Q: According to your charts, it looks like pork and turkey have lost some percentage points but beef, especially grass fed, has seen a significant increase. To what do you attribute those numbers?

A: Despite all the nay-sayers in the consumer media in recent years, meat is holding its own and then some. During the pandemic, we’ve seen center store and frozen foods come on very strong with an eye on shelf-life, stocking up, minimizing trips and covering many more meals. But while frozen foods and center store outperformed the combined fresh departments of meat, produce, seafood, deli and bakery, it was meat that reclaimed its position as king of the castle.

The gains in meat far exceeded those of produce, though the departments were very similar in size. Add to that gains in frozen meat and accelerated growth in fresh and frozen seafood and it is clear that animal protein is still very popular. Pre-pandemic, foodservice received the majority share of the total food dollar, and meat consumption is a lot harder to track on the restaurant side. So, in a way, the pandemic provided us with a much clearer look at consumers’ true meat consumption with sales far ahead of last year’s levels.

Claims-based meat is a relatively small percentage of total meat sales. Much like the smaller proteins, its small sales made it hard to maintain share when the sales surge started in mid March. But in all, no antibiotics, organic, grass-fed and more are all growing extremely fast – continuing multi-year trends.

Within the meat department, it was beef that showed astonishing gains week after week. Gains were driven by the combination of very strong ground beef sales and other cuts. At the same time, beef also saw high levels of inflation when supply was tight.

Turkey sales did not benefit from inflation and still saw tremendous increases in dollars and volume. As a smaller protein, it is simply harder to keep share when the bigs – beef and chicken – start the growth at the rates that they did. It is also important to point out that many other small proteins benefited from high sales gains. This includes proteins such as lamb and bison.

While their growth comes off a small base, it is the consistent week-after-week growth numbers that underscore the increased level of experimentation among consumers. Many had to buy outside their typical brands, cuts and types when supply was tight. Others opted to buy different items to try new recipes, bring variety or re-create restaurant meals at home. All this has led to a more confident consumer, and that is likely to pay off for the meat industry for many months and years to come.

Within beef, production claims continued to perform very well, in particular grass-fed beef. This is a multi-year trend that accelerated during the pandemic. Shoppers very much associate grass-fed beef with making healthier, better choices for themselves and the animal. Healthy choice was an area of increased focus during the pandemic, which could have fueled the sales gains.

Q: To what do you attribute the significant increase in meat alternatives/substitutes? Is that increase just due to the increasing popularity of plant-based options or other factors?

The notion of large percentage increases on a small base is even more true for plant-based meat alternatives than it is for some of the animal proteins. Both pre-pandemic and during the pandemic, alternatives have seen aggressive dollar and volume growth, but it is important to put the numbers in perspective.

In all reality, they represent 0.6 percent of total meat sales, 0.3percent of total meat volume and between 4-5 percent of packages. So, despite growth of well over 100 percent during the pandemic period of March through October (the most recent data), plant-based meat alternatives gained about $127 million in absolute dollars. The 28 percent gain for the meat department translates into an additional $9.6 billion in sales. In other words, while the percentage gain is much smaller, absolute dollar gains are infinitely bigger.

Q: How has the pandemic affected meat and poultry prices, availability and popularity?

Prices and availability have been a wild ride during the last eight months. The middle two weeks in March were the biggest the meat industry has ever seen. That immediately put meat supply into a hole.

While there was ample availability of meat on the foodservice side, it is not possible to very easily switch that supply given quantities, packaging requirements, etc. Combined with processing plants working at limited capacity due to COVID-19 cases, this caused very tight supply in April and May. At some point, the average number of items per store was 70 less than normal, per IRI. Given the forces of supply and demand, that drove up the prices significantly, especially in the most-affected proteins of beef and pork. Compounding all that was the inability to run promotions and specials, as no one knew what would be available or in the warehouse the next week.

Typically, more than one-third of meat sales were based on promotions or price reductions. Many retailers didn’t have circulars for weeks on end, cut pages or didn’t run fresh meat specials. Now, eight to nine months later, supply is looking much better and prices have mostly normalized. Additionally, we’re seeing more promotions again, as well.