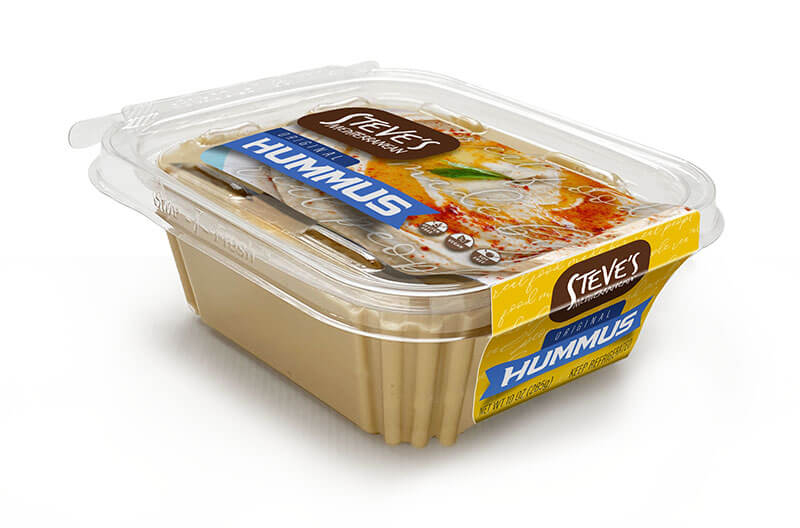 Steve’s Mediterranean Chef, a metro-Detroit family-owned company that produces Mediterranean food favorites like hummus, tabouli, garlic sauce, grape leaves and spinach and feta pie, will debut a rebranded look as it celebrates seven-fold sales growth since the company’s purchase in 2013. Sales have risen from $800,000 (resale and wholesale) to $6 million in 2021, with a projected 15 to 20 percent increase this year.

The company has invested more than $500,000 in state-of-the-art equipment used alongside hand-crafted stages of the food production, which keeps the products authentic. The new packaging label with bright sunshine tones will appear in Michigan grocery stores by July 4.

Pierre Chammas, owner and CEO of Steve’s Mediterranean Chef, purchased the company, then called Steve’s Backroom, to work in a family business alongside his five children. As the founder of the Basha hummus brand, which was sold to Garden Fresh Gourmet in 2006, Chammas had a wealth of knowledge about creating Mediterranean food that U.S. customers loved. He renamed the company and expanded its line of Mediterranean foods.

“What started as a way to connect with my children, working in a business together, has become bigger and more successful than we could have imagined,” said Chammas. “Some of our recipes are centuries old. We are committed to producing the highest quality foods with a high human-touch to create delicious home-made tastes.”

Chammas’ eldest son, Danny, is director of food operations. One of Danny Chammas’s biggest challenges is hiring new employees to keep up with production demand. “We have about 25 employees and need an additional seven, including a quality control chef,” he said. “Before the pandemic we were working five days a week on production, and we’ve expanded to six.”