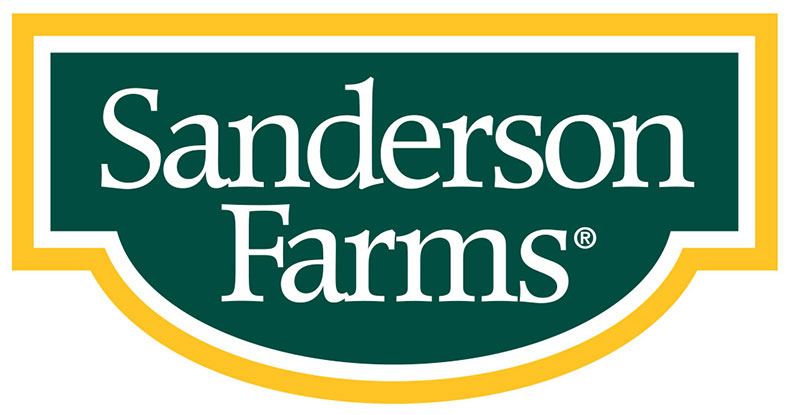 With the pay increase, hourly line operators at Sanderson Farms will earn at least $16.70 an hour. The new pay scale for hourly line operator positions provides for additional rate increases after reaching five, 10, 15 and 20 years of service with the company.

Similar to line operator pay, the new pay scale provides an increase for Sanderson Farms truck drivers with updated pay spanning from $21.25 to $24.99 an hour. Hourly maintenance employees also received an increase with pay ranging from $20.85 to $29.77 an hour.

“Sanderson Farms has always taken pride in employing the best people the workforce has to offer,” said Lampkin Butts, president and CEO of Sanderson Farms. “This is something that has never changed, and never will.”

Sanderson Farms’ health care benefits include medical coverage for individuals and families, free preventative care screenings, low deductibles and out-of-pocket maximums, as well as $15 or less copays for generic prescriptions. Sanderson Farms pays 75 percent of the cost of employee health premiums and the employee pays the remaining 25 percent as their premium.

To help employees prepare financially for their future, Sanderson Farms matches employee contributions to their 401(k)-plan dollar-for-dollar for the first three percent of employee pay contributed and fifty cents on the dollar for the next two percent contributed once employees have reached one year of employment with the company. After only one year of employment, the company also helps provide for its employees’ retirement by contributing to the employee stock ownership plan at no cost to the employee.

In addition to eight paid holidays, employees are eligible to earn up to 20 days of paid vacation time based on employee tenure. Sanderson Farms employees are also eligible for continuing education programs such as tuition reimbursement, including high school equivalency exams, after only one year of employment with the company.

“In the forty-seven years I have been working for Sanderson Farms, I have learned the primary thing that makes this company special is its employees,” said Butts. “At Sanderson Farms, we recognize that our employees and prospective employees have a choice about where they work, especially during periods of high demand for labor, and we want them to know our company is committed to providing the best workplace environment, compensation and benefits.”