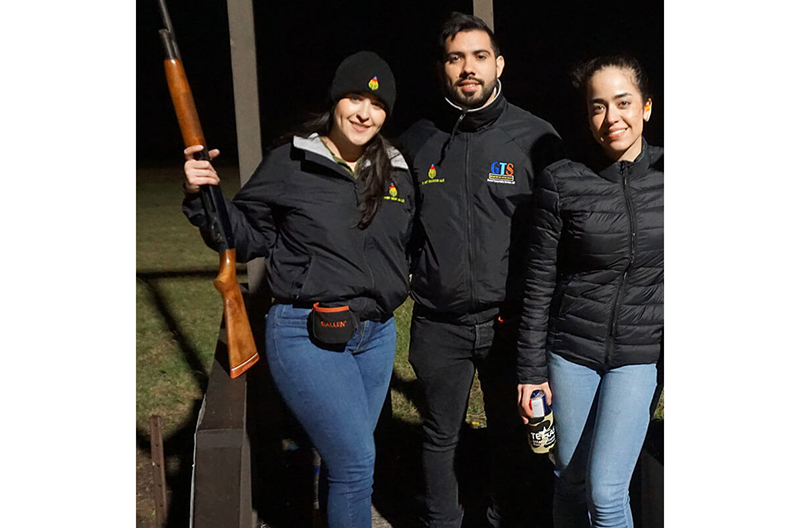 Texas International Produce Association hosted its annual Pull-for-PAC Skeet Shoot fundraiser on Nov. 18. Critical to supporting the endeavors of the association’s activities in Washington, D.C., and Austin, Texas, this event has continued to grow every year.

This year, TIPA was able to host a sold-out shoot with every team spot filled.

Twenty-three teams registered and the more than 100 people were treated to a barbecue dinner and drinks to kick off the night.

“Our annual Skeet Shoot PAC fundraiser was the brainchild of Mark Santos of Santos International and Scott Fletcher of Allen Lund, two of our event sponsors,” said Dante Galeazzi, president and CEO of TIPA. “Now in our fifth year, this event has become more than just about the PAC. It has become a great opportunity for the members to get together, have fun and enjoy much needed camaraderie as we all recover from the impacts of the pandemic.”

“Anyone who’s been in the industry for a few years understands the importance government plays for fresh produce. Whether it is international produce shipments crossing the US-MX border or it is labor policies governing the domestic workforce, there are issues at the local, state and federal levels that the association must be engaged and active on. In order to do that, we rely on events like last night’s Pull for PAC Skeet Shoot. And judging from the great turnout, our members understand that [it’s] important as well,” said Mark Santos, partner at Santos International US Custom Brokers and chair of the TIPA TexPAC Committee.

“Yesterday was a great event, with a phenomenal turn-out. Over 20 teams of shooters, more than 100 people, all having a great time. It felt like our best PAC event yet. We even had representatives from our local Congressional and regional offices, such as candidates for the justice of the peace and judgeship,” he said.

TIPA officials said the event would not have been possible without the support of many sponsors, especially title sponsors Santos International and Allen Lund. TIPA also recognized and thanked the members of the TIPA Tex-PAC Committee: Mary Velasquez of Coast Tropical; Tony Martinez of Primo Trading Services; April Flowers of Lone Star Citrus Growers; Mark Santos of Santos International; and Scott Fletcher of Allen Lund. The organization also thanked the cooks and servers from Grow Farms Texas and Allen Lund Co., led by pitmaster Tommy Wilkins.

Founded in 1942, Mission, Texas-based TIPA promotes, advocates, educates and represents the nearly $8 billion fresh produce industry that is either grown in the state or calls Texas the first point of U.S.-arrival for North American distribution.