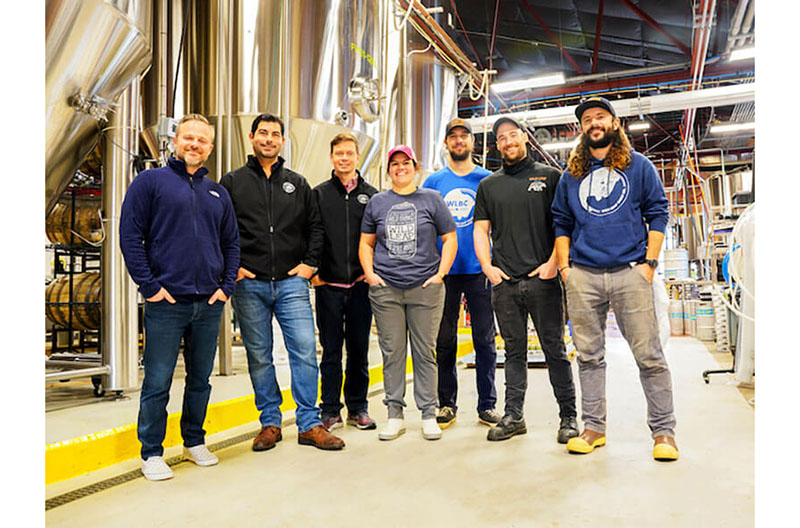 Beer Connoisseur magazine has named LaGrange, Georgia-based Wild Leap as the 2021 Brewery of the Year.

The breweries that were considered for the title were the highest-scoring beers collectively in 2021. These brewers demonstrated mastery of their craft and were selected by Beer Connoisseur’s judging panel.

With the distinction of ranking as the best brewery in the country, Wild Leap is honored in the Winter 2022, Issue 58 of Beer Connoisseur magazine, released this month.

“Our Best Breweries of the Year section features an unprecedented achievement: For the first time in our history, a brewery has submitted a staggering three beers that received World Class ratings of 96 or above – making them our runaway Brewery of the Year for 2021,” says the Beer Connoisseur editorial department.

Wild Leap submitted 12 beers in the 2021 Official Review that achieved a rating of World Class or Exceptional. The brewery’s record-breaking three World Class-rated beers in a single year were Lone Buffalo, Alpha Abstraction Vol. 15 and Too Pure To Be Pink.

This marks the first time in the 12-year history of the Official Review that a brewery received three World Class ratings in a calendar year.

Wild Leap also submitted an additional nine beers that received scores in the Exceptional range and 16 beers within the Top 150 Beers of the Year category.

“Wild Leap’s success would not be possible without the boundary-pushing brewing style of [Chris] Elliott, who is one-half chief brewing officer and one-half mad scientist, according to the brewery. That knack for producing terrific and interesting flavors is what helps push Wild Leap into the upper echelon of breweries in the South – and the country at large,” says Beer Connoisseur.

“We are so excited to share this news. We have worked incredibly hard to develop and refine our beers, and we are so proud of the recognition that we have received from Beer Connoisseur magazine,” said Wild Leap CBO Chris Elliott.

“We have such a talented and creative team of people that are tirelessly invested in producing the best beer possible, from our brewers to our cellar and packaging teams, to our administrative and taproom staff, everyone at Wild Leap plays a role in making our beer world class. We could not be more proud and appreciative of our team. This award is for all of us,” he said.

“Achieving the title of Brewery of the Year is a goal we have had since our opening in 2017,” said Anthony Rodriguez, Wild Leap CFO and co-founder.

“The hard work, creativity and behind-the-scenes effort that goes into an operation like ours often goes unnoticed. To be able to share this award with our brew staff, taproom staff, management and fans is a very big honor,” he said.

Wild Leap opened the doors to its LaGrange brewery and taproom in 2017. Shortly after, success followed and the brewery expanded into the spirits sector. In the next year, with the opening of a downtown Atlanta location, the brewery and distillery plans to continue expanding product development along with the growth of locations.

The Beer Connoisseur is a media authority within the beer industry that covers a range of consumer and professional interest categories including news, people, food and travel, beer and trends, education, expert beer and cider reviews, blogs and more.