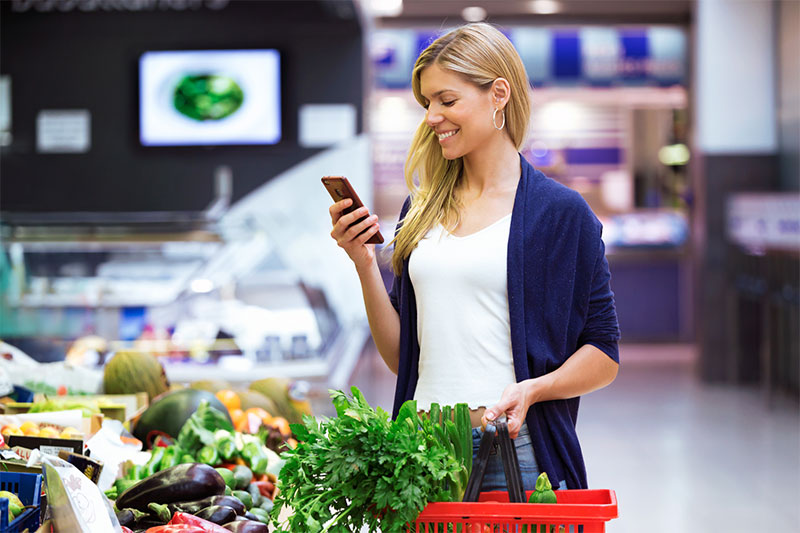 Omnichannel shoppers spend 1.5 times more on groceries than in-store only shoppers but spread their dollars between up to two times as many different retailers. In addition, households that shop online are 6 percent more likely to have skipped or cut the size of a meal for financial reasons and 10 percent more likely to have difficulty covering an unexpected expense.

The report hypothesizes that these differences are due to the greater likelihood that omnichannel shoppers have children and pets in their households, which requires higher spending on groceries and can make balancing household budgets less predictable because of the varying demands of its inhabitants.

“What really stands out in this report is that while 60 percent of all households with children are doing some of their shopping online and despite being higher earners on average than brick and mortar only shoppers, they are struggling more financially and some reported they have had to skip or cut back on meals,” said Grant Steadman, president for North America at dunnhumby.

“This indicates an evolution from the orthodoxy that the online and omnichannel shoppers value convenience above all and are not price sensitive. This study suggest that is not always the case.”

The study also found that perceived out-of-stocks online are 7 percent greater than in-store, highlighting the need for e-commerce, as a channel, to better deliver on operational fundamentals. As a result, omnichannel shoppers visit up to 6.6 different retailers monthly, making them a valuable, but hard-to-win customer segment. The dunnhumby Consumer Trends Tracker is part of The dunnhumby Quarterly, a market analysis of key retail themes, with the first edition being focused on e-commerce.

The Consumer Trends Tracker was launched in May, to more than 2,000 consumers online, representative of the U.S. grocery shopper nationwide. It’s designed to uncover shoppers’ needs, perceptions and behaviors over time, and to complement dunnhumby’s Retailer Preference Index which measures the strength of retailers’ customer value proposition.

Other key findings from the study:

The Consumer Trends Tracker report is available for download here.