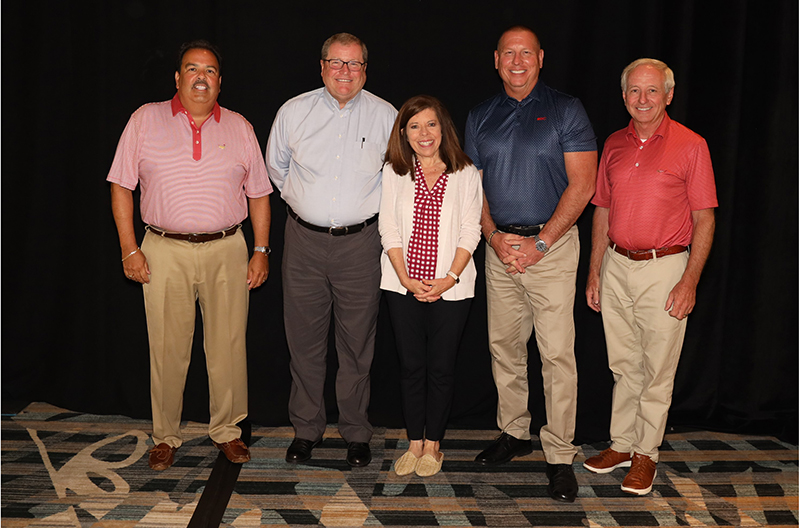 How do grocers attract employees and future leaders in today’s challenging job market? Those were the among the topics of a panel discussion at the recent Georgia Food Industry Association convention in Orlando, Florida.

The inspiration for the panel came from a presentation at an NGA board meeting. GFIA President Kathy Kuzava listened to economist John Dunham discuss the low participation rate of workers, especially among young people.

“Since so many leaders in the supermarket industry start out as teenagers, I realized this is going to be a long-term problem for our industry,” she said.

Kuzava moderated the panel of chain and independent retailers that included Ruben Fernandez, VP of merchandising for the Atlanta Division of The Kroger Co.; Randy Gentry, president/CEO of RBG Foods, with five Piggly Wiggly stores, based in Tallapoosa, Georgia; Kris Jonczyk, VP of the Atlanta Division of Publix Super Markets; and Darrell Wiley, president/CEO, J&J Foods in Gainesville, Georgia.

Fernandez started with Kroger at the Toco Hills, Georgia, store when he was 16 years old. The Atlanta Division has 183 stores in Georgia, South Carolina and Alabama and more than 28,000 employees.

Gentry said his father was a meat cutter and he started bagging groceries in the store where his father worked. In 2004, he bought two Piggly Wiggly stores and has since added three more.

Jonczyk oversees 243 Publix stores across Georgia and Alabama, with more than 34,000 employees. He started with Publix when he was 15 – “My first and only job. Like many of us, it gets in your blood pretty quick,” he said.

Wiley said J&J Foods is a family-owned business that his father began in 1976. He bought the business from his father in 2000. He got his start at age 14, working for a local independent store in Gainesville.

Kuzava asked the panelists to share some of their leadership journey. Starting their first grocery job as teenagers, none of them thought they would be executives in the supermarket industry.

Gentry said when he was graduating high school, he wanted to be an accountant. “But like a lot of people, when you start working in the grocery business and you move up, then all of a sudden you just keep moving up,” he said.

Gentry worked as a deli/bakery manager, assistant manager, store manager, supervisor and general manager. He said a mentor played a big part in his choosing to stay in the grocery industry.

Wiley said he started at age 14 as a produce clerk but his dream was to be a singer. “That didn’t quite work out,” he laughed.

Wiley came back to the family grocery business after his dad had some health issues. He remembers a conversation with his father, who talked about how much good a grocer can do for the community. Wiley said that got him focused on grocery industry as a career and is the reason he is still in the business.

Jonczyk said his dream as a young man was to be an astronaut. He said a mentor at Publix saw something in him and helped him see the “potential of a great career in the grocery industry.” After many management roles, Jonczyk was promoted in 2020 to run the Atlanta Division of Publix Super Markets.

Fernandez was hired as a bagger for Kroger at age 16. He thought he would be a doctor, but kept getting promoted with Kroger and fell in love with the grocery industry.

When he became a department manager, his district manager took notice, and recommended him for the management training program.  Fernandez has served in many roles in operations and merchandising.

Kuzava asked the panelists how they attract employees when there is such competition for workers.

Fernandez said offering a flexible schedule is key. He also believes it is so important to communicate the potential growth opportunities and benefits the company offers. “We want employees to understand how far they can go with the company.”

Jonczyk said he believes Publix’s best advertising is its current associates. He said they talk to potential employees about job security, citing the fact that Publix has been on Fortune’s 100 Best Places to Work in America for 25 years and has been in business for 92 years without a layoff.

“Publix has a great avenue to grow,” he said, adding that the CEO started as a bagger. “That’s the American dream.”

Kuzava asked Gentry and Wiley, as independent store operators, how they attract employees.

Wiley said it’s all about relationships, trying to find and develop them with people in the community. He said he’s always looking for talent and may ask a friend for a referral. He added, “Don’t be afraid to tell the story.”

The story includes talking about wages. “Growing up early in my career, we didn’t talk about salaries at all,” he said. “We don’t hesitate to let employees know how much money a department manager or store manager can earn. Suddenly, the light bulb goes on and they realize there may be a career for them in the grocery industry or at J&J Foods.”

Gentry asks for employee referrals and uses the store PA to announce employment opportunities. He talks with school counselors, which also has worked well over the years.

He said being competitive with pay is important and that means knowing what others in the community, such as fast-food restaurants, are paying.

Hiring: past versus present

Kuzava asked about the differences in hiring today than in the past.

Fernandez said companies have to be very flexible with young people today. He also believes that people don’t leave companies, they leave bosses.

“You’ve really got to connect with your associates and show you care about them. Find out about their family history and their hobbies,” he said.

Jonczyk mentioned that the old style of leadership is gone.

“Today’s associates want to connect and share values with the companies they work for,” he said. “We’ve got to do a better job explaining who we are, what our culture is. Because if they can believe and align with that, then they want to be a part of that culture.”

He also said that flexibility is important to today’s generation. “The thought of a Monday through Friday, nine to five is not who they want to be.” Jonczyk added that being flexible may mean having more associates to fill the gaps.

He said Publix has focused on three things to connect with people – great communication, getting to know people, great recognition and ongoing training and investment.

“Associates in our store probably don’t know the CEO,” Jonczyk said. “They’re working for their department manager and for the store manager. They know how they’re treated, how they’re respected.”

For Wiley, it’s a matter of adapting and getting to know his employees. He said during recent renovations he discovered one of his managers has strong mechanical skills and another has IT skills. Wiley said it’s important to find out what your employees’ skills and interests are and tap into those and encourage them.

“The goal is to keep them on our team as long as we can,” he said.

Wiley also suggested surprising employees, to “go above and beyond what they expect. He said he had given some key employees two to three pay step increases instead of the one they expected when they had their annual review.

Gentry said a lot of the cashiers hired today have never spent much time in the grocery store. He believes in cross training his cashiers and having them work in different departments. “It teaches them a lot more about how the store operates.”

A career that young people may never have considered is working as a meat cutter. Gentry said his company is offering a training program, with goals set for the trainees to move up. They have tests and specific pay raises for them as they achieve them.

Kuzava asked the panelists about how to attract older employees.

Gentry said he finds older employees through employee referrals. He added that there are a lot of Baby Boomers in his area, and they want to work locally. Gentry said they are easy to train, and usually know more about the grocery business when they come in.

Jonczyk said Publix works with its seniors to be flexible. Retirees work just enough hours to not exceed their earning limits with Social Security. “I think one of the best things is they first start as shoppers, and they see other seniors working so they know it’s a friendly place.”

Wiley said the seniors that work for him really want to be there. The majority are retired from their careers and want a part-time job to “get out of the house.”

Gentry said people wanted to work in the grocery store when he was a teenager. Now, it’s harder to find employees.

“It’s a perfect first job for students because they learn communication skills, which a lot of younger people are missing these days,” he said.

Gentry believes a job in a grocery store will teach skills that can be used anywhere.

Jonczyk said Publix challenges every store to have 10 minors (under 18) on staff at all times, scattered throughout departments. The exposure can turn a first job into a career.

Kuzava asked the panel about their thoughts on leadership. Can it be taught?

Jonczyk said yes, he thought it could be taught.

“I think the best example is our example,” he said of Publix. “Great leadership inspires others to want to be a part of that team. We have a culture that, in every store, you are creating leaders at every level.”

Fernandez said when Kroger finds people who really want to be leaders, they can be taught by reading books, attending seminars and looking at the examples that are out there – their bosses and how they became leaders. He also said that leaders in the stores are challenged to become mentors.

Fernandez added that understanding the importance of diversity is essential. He feels that companies that are committed to diversity and inclusion will thrive.

Wiley encouraged the audience to pay close attention to their current employees to find signs of a future leader. He said he’s looking for people who go over and above for a customer, anticipate the needs of a co-worker or offer to work extra hours.

“These are the people you want to place into ­leadership, even if they’ve never seen it in themselves,” he said.

To read the full story about the GFIA Convention from The Shelby Report, click here. 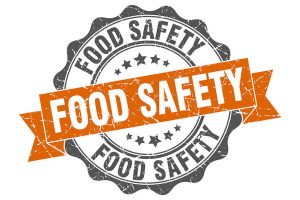 Food Safety Time With The FDA