Home » Seahorses Don’t Have Stomachs And Neither Does Martin 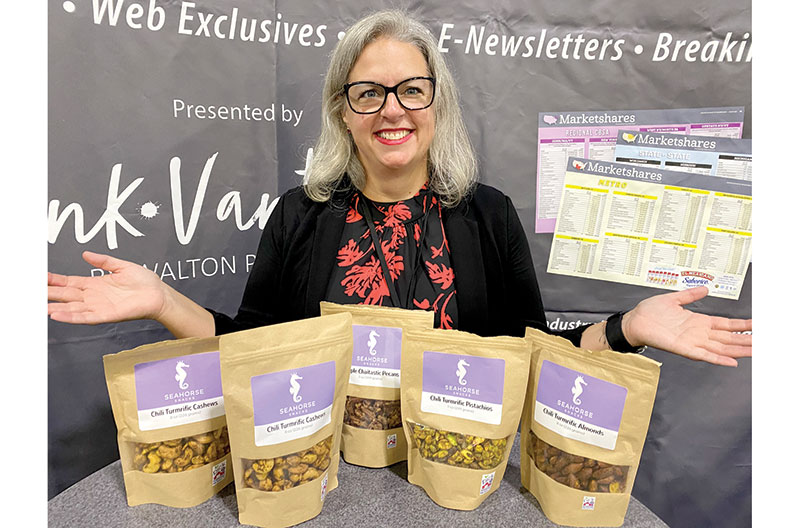 In a recent interview with The Shelby Report, Stacy Martin explained why her company is called Seahorse Snacks. “Seahorses don’t have stomachs, and neither do I.”

Martin went on to share that she discovered three years ago she had a rare genetic mutation that gave her an 80 percent chance of developing stomach cancer and a 60 percent chance for breast cancer. The cancer grows in the lining of the stomach so it’s difficult to find.

Martin’s esophagus now is attached to her small intestine. Because of that, she has to eat every two hours and must chew her food really well, until it’s like a puree before she swallows “because that’s where the breakdown occurs. Because I don’t have my stomach to do that anymore.”

Martin consumes a lot of protein to keep going. Living in Chattanooga, Tennessee, where temperatures can get quite warm, she wanted snacks that she could bring with her on the go and not have to worry about keeping them cool.

“I developed these snacks because I eat them,” she said. “But this is really my way of sharing my love of food and my story with the world.”

Martin wanted to do something no one else was doing, with unique and unusual flavor combinations for almonds, cashews, pistachios and pecans. She uses high quality, whole ingredients with limited preservatives.

“I just make the snacks that I want to eat,” she said. “Eating the same things over and over again is boring to me. And with the frequency that I need to eat, I need to switch it up.”

It took about 10 attempts to get the chile turmeric flavor where she wanted it. She also pairs turmeric with some black pepper and oil, which increases its bioavailability and absorption.

“They’re delicious, and they’re really good for you as well,” she said.

The inspiration for the pecans came from a mentor who owns a chai tea company. “This is sort of my nod to her, and it’s my first collaboration with another small woman-owned business,” Martin said.

She added that she wanted something sweet but not too sugary. The Maple Chaitastic Pecans are a “lightly flavored, really delicious different variation” of a candied pecan.

“I have sweet and savory now,” Martin said. “I have lots of ideas about what I want to do in the future.”

Martin began her business at home and moved in October to a commercial kitchen and got her certification from the Tennessee Department of Agriculture. In February, she was selected as a Pick Tennessee producer, a local designation sponsored by the TDA. She is looking for manufacturers to help her increase production volume. She also would like to hire some help in the future, as she is a one-woman operation.

Currently, Seahorse Snacks are sold at markets around Chattanooga and in three retail locations in the city – Blue Fox Cheese Shop, Hart & Hive Provisions and one of the Elders stores on Broad Street.

Martin said she is finding success with people who are active and want healthy snacks. Her products also make great gifts and go well with charcuterie boards, “which are still very much the rage these days.”

Martin has annual checkups and said she is always asked how she’s doing and what she’s up to, because “I’m really healthy and thriving.”

“I have a really great success story and a good testament to what’s possible. I know this was the biggest decision I ever had to make in my life, but it hasn’t stopped me,” she said. “I’m healthier now than I was before this happened. And I’m really excited about all the life that I have to live and what I can do with this.”

She said she supports an organization called No Stomach for Cancer, based out of Madison, Wisconsin. It helps raise money and gives funding to the NIH for continued research but also helps patients, as well.

Support is critical for patients going through this diagnosis when they first learn about it, Martin said.

“It’s an extremely rare genetic mutation. They think it occurs in one in every nine million people,” she said. “Now that genetic testing is becoming more widespread, they are seeing that it’s probably more people, but they haven’t produced any new numbers lately.” 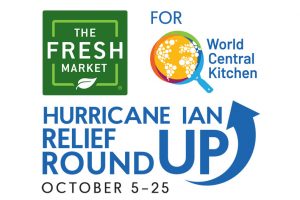