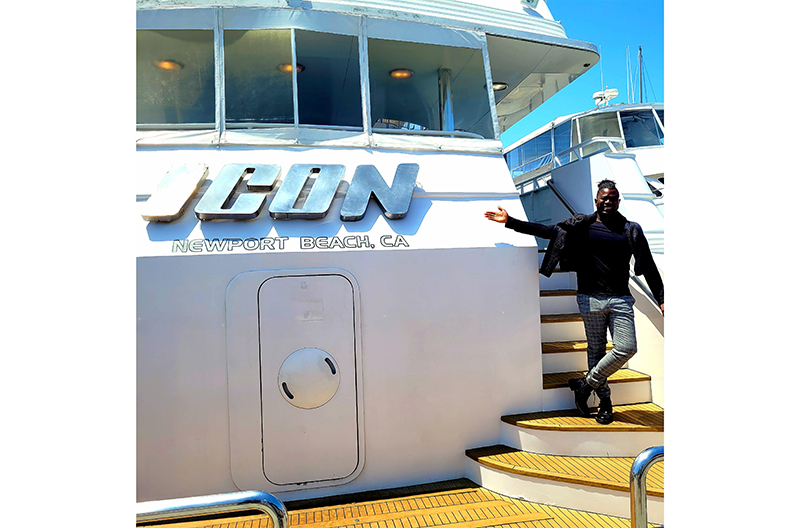 By day, Marium “Mario” Bryant is known as the “singing produce manager” at Stater Bros. in Southern California. 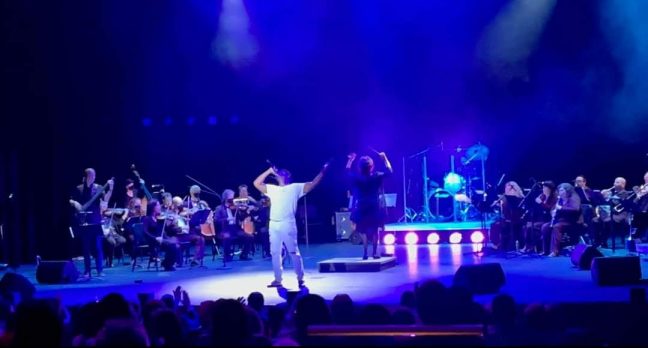 But in the evening, he is pursuing an entertainment career – and doing so with the full support of his employer. In fact, Bryant won a National Anthem singing contest sponsored by the grocer.

Bryant began his singing career at the church in Oregon where his aunt was the musical director. By age 14, he was performing with the choir. After attending college, he found a genre and a mentor that set him down the path of becoming a professional singer.

“I finally got a teacher. Her name’s Rhonda Dylan and was in the ‘Phantom of the Opera.’ She really encouraged me to sing opera and taught me the opera culture,” he told The Shelby Report in a recent interview.

He then moved into the world of R&B. Perhaps most famously, he went on the TV show “I Can See Your Voice” in 2020 dressed in his work uniform. He sang “You’re Gonna Love Me” by Jennifer Hudson, with the performance drawing a standing ovation from the celebrity judges. 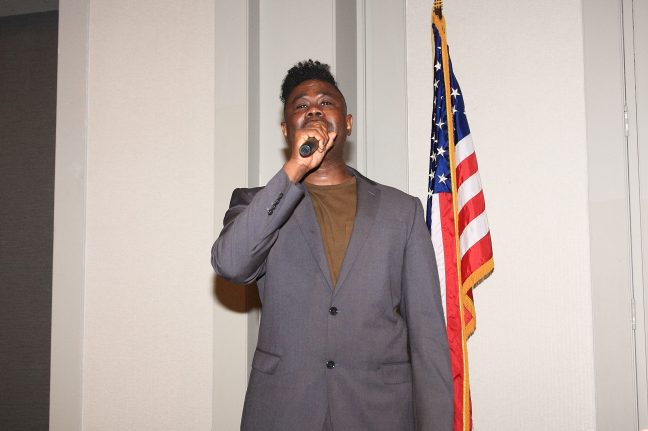 “I saw [Foster] on a morning show. He said, ‘If you want to enter my contest, go ahead.’ So I recorded it and sent it in and just forgot about it. Two days later, I got a call from his people and they said that out of thousands of [entrants] I had won.”

Bryant performed with Foster in a live concert at Universal Amphitheater in Hollywood. And by virtue of his National Anthem triumph, Bryant has secured other appearances.

In an article by newswires.com, Bryant said Stater Bros. had “arranged for me to sing the anthem for NASCAR, where I sang in front of 20,000 people.” He also has sung it before Los Angeles Lakers’ games and at least once each for the Los Angeles Angels and the Anaheim Ducks. He regularly performs the anthem at major events for Stater Bros.

He also has recently begun holding his own concerts. The most recent one, held alongside a five-piece orchestra, was attended by nearly 600 people. “That’s pretty good coming out of the pandemic,” he added.

Bryant is gearing up for a concert yacht cruise Sept. 25. Billed as ‘Popera on a Yacht,” the show will feature opera and pop music.

Bryant will also be accompanied for some duets by Catherine Reeves, another contestant on “I Can See Your Voice.” He also is bringing along a seven-piece string and percussion section for the cruise.