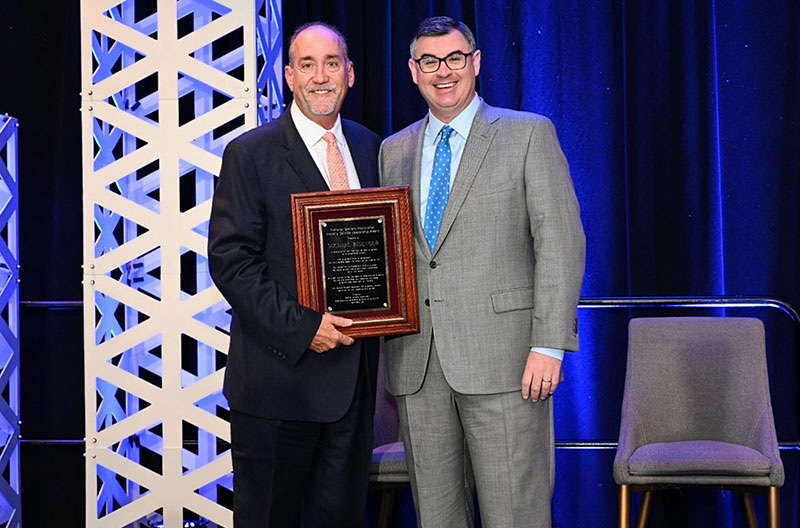 Presented Oct. 25 during NGA’s Executive Conference & Public Policy Summit, the award is bestowed upon an individual or company whose years of service in the food industry have contributed to better working relations and understanding between retailers, wholesalers and manufacturers.

“For more than 36 years, Mike has been a passionate advocate for America’s independent grocers, helping to create a strong marketplace where retailers and their customers benefit,” said Greg Ferrara, NGA president and CEO. “Mike’s leadership and support of the independent supermarket industry throughout his career have had a positive and lasting impact.”

Ridenour started his career with Kraft Foods in Atlanta as a sales representative and moved through numerous managerial and executive roles across the United States. Ridenour served as a member of NGA’s Board of Directors, where he helped guide NGA’s mission on behalf of independent grocers.

More details about the summit, its sessions and speakers can be found at https://www.nationalgrocers.org/executive-conference/.

NGA is the national trade association representing the retail and wholesale community grocers that comprise the independent sector of the food distribution industry. An independent retailer is a privately owned or controlled food retail company operating a variety of formats. The independent grocery sector is accountable for about 1.2 percent of the nation’s overall economy and is responsible for generating more than $250 billion in sales, 1.1 million jobs, $39 billion in wages and $36 billion in taxes. NGA members include retail and wholesale grocers located in every congressional district across the country, as well as state grocers’ associations, manufacturers and service suppliers. For more information about NGA, visit www.nationalgrocers.org.