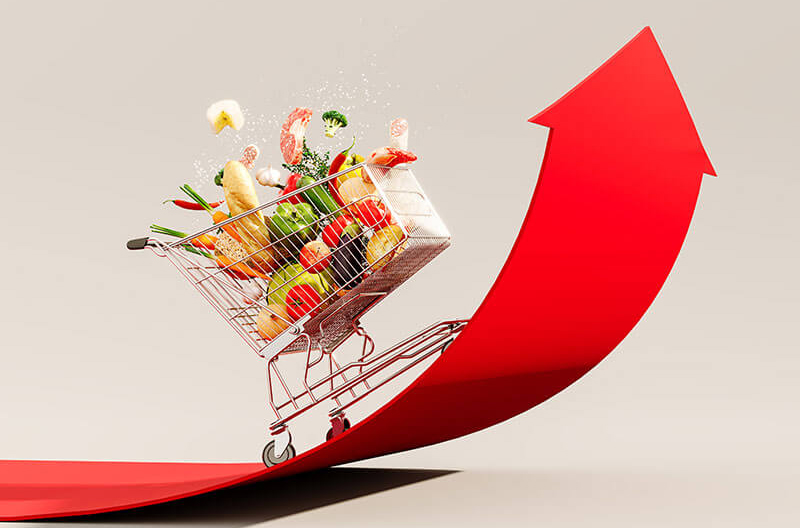 The latest data shows that food and beverage prices in October increased by 1.4 percent compared to September. Versus a year ago, overall food inflation has stabilized in the past three months. However, consumers are using multiple tactics to reduce spending in pressured times, such as switching to private labels, trading out of expensive food categories and trading down to mainstream and value brands, consuming more at home versus away from home.

“As overall food inflation continued to increase from September, consumers are trading down on several products such as detergents and frozen meals, and are moving to value items,” said Krishnakumar “KK” Davey, president of thought leadership for CPG and retail.

“With the holidays approaching, shoppers are being mindful of their budgets and are looking for value. Yet, we do see some segments of consumers continuing to pay a premium for differentiated or new products. Some shoppers buy larger packs, despite higher prices, in order to get good value for money.”

IRI is monitoring consumer behavior and will provide continual updates to ensure retailers and manufacturers have the most up-to-date insights they need to prepare for large gatherings.

Key insights from the October inflation report include the following:

The details of these findings are included in IRI’s October inflation report, published here.