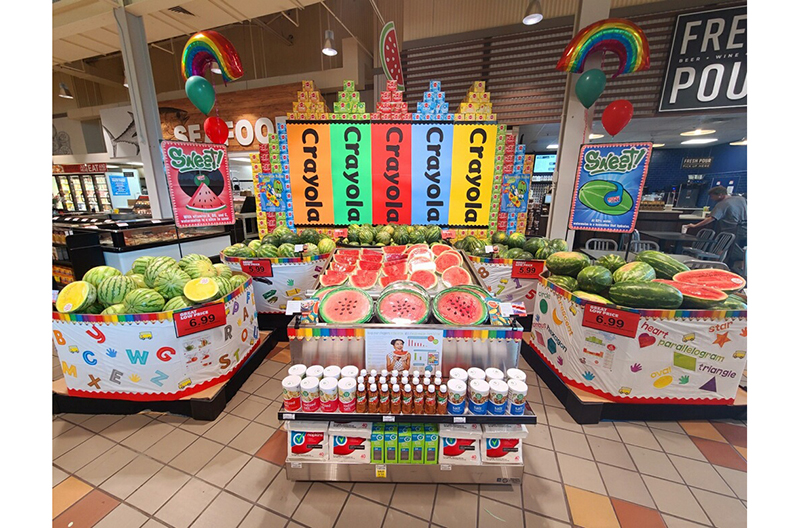 St. Louis, Missouri-based Schnucks is celebrating an employee who was named the winner of the National Watermelon Promotion Board’s contest.

Aaron Carroll, produce manager at the Schnucks store in Richmond, Missouri, with the support from his produce team and other store employees, won the grand prize of $5,000 for the store’s “Back-To-School” themed display.

Each summer, the NWPB sponsors a Watermelon Retail Merchandising Contest and invites all retail chains, independent retailers and commissaries to submit entries in honor of National Watermelon Month in July.

The contest, which ran through August, is used by NWPB to encourage and identify retailers who are showcasing watermelon’s benefits including health, value and versatility.

“I’ve taken third place and honorable mention in the past, but I knew this year it was time to win this for our company,” Carroll said.

The Shelby Report presented the winners in an article on Nov. 4. To read the full story, click here.

“I am proud of Aaron and the team at Richmond Center for creating excitement for our customers and taking initiative to be the best they can be,” said Mike Tipton, VP of produce and floral.

Founded in 1939, Schnucks Markets is a third- and fourth-generation, family-owned grocery retailer. It operates 112 stores, serving customers in Missouri, Illinois, Indiana and Wisconsin and has 12,000 employees. The company annually donates more than $13 million in food to pantries.