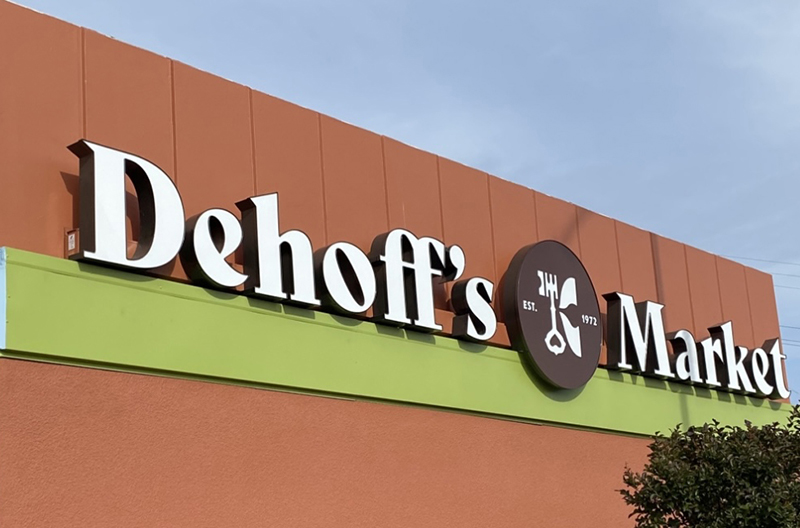 Dehoff’s Markets celebrated its 50th anniversary on Oct. 15, with the store’s original location in Redwood City, California, still thriving under family ownership. However, the Dehoffs’ history of entrepreneurship in the Northern California community stretches much farther back than 1972.

Emil Dehoff immigrated to the U.S. from Germany after serving in World War I. According to Dehoff’s Markets President Chris Dehoff, his grandfather settled in Redwood City, where he opened a boat-building business that over time transitioned into lumber.

Dehoff’s father, Jack, got the family into grocery retail. He began work as a courtesy clerk in a local shop and worked his way up into bigger stores until he and wife Nancy purchased the original Dehoff’s Market location 50 years ago.

“He borrowed everything he could, and he and my mom purchased the store and started turning it around,” Dehoff said. “It was really struggling and it was being sold off, but it was really embraced by the neighborhood.”

The store was known as Key Market, part of a small group of stores owned by another company that had begun selling them off. His father purchased the first location and was allowed to keep the name.

“He was thrilled he got to keep the name because he didn’t have much money, and he didn’t have to replace all the signage that way,” Dehoff said with a chuckle.

During the 1990s, the family added its name to the signs and it became Dehoff’s-Key Market. Five years ago, the store was officially christened Dehoff’s Market. 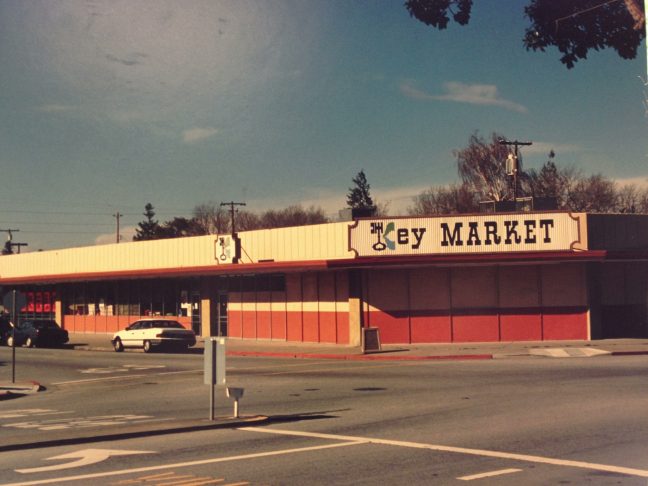 Throughout that time, the family had grown the business to five locations under the Dehoff’s-Key Market name. Chris Dehoff had been a part of the operation for nearly the entire time.

“I grew up in the business. Since I was old enough to reach produce counters, wrapping strawberries and heads of lettuce,” he said. “When I graduated from college, I went full time and then shortly after that we did a little further expansion. In the 1990s, we were up to five stores.

“That’s as big as we ever got. Through the years, we’ve actually downsized. We decided we wanted to be better, not bigger.”

In 2019, the family began to renovate the original location, which is the only store to continue operations under the Dehoff’s banner. They went about a “complete makeover,” adding a new kitchen and deli department while transitioning the meat department into full service. Produce and bakery were expanded and every aisle “remerchandised.”

“We expanded on all the areas that customers care about. We’ve gone a lot more organic, a lot more natural and expanded our fine wine or liquor while emphasizing our craft beer selection,” Dehoff said.

They did all of this while maintaining a 16,000-square-foot footprint. This was accomplished by switching to metro shelving, which allowed for an additional aisle while shortening the overall aisle widths. 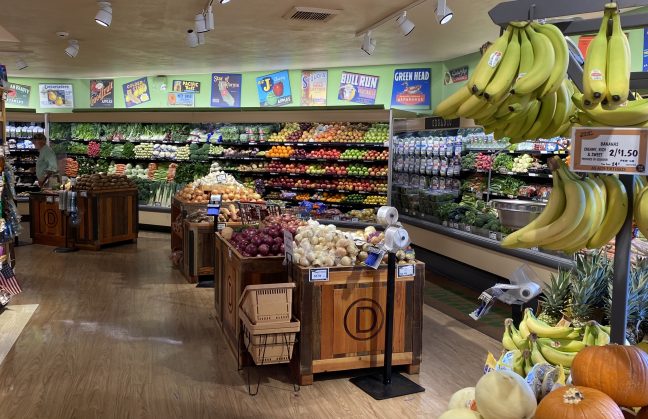 The community seems to have responded well to the changes thus far.

“We switched a lot of vendors at the same time and went to smaller suppliers,” Dehoff said. “We wanted to add more natural products and the acute customers responded very well.

“We really expanded on our local stuff like our local ice creams. We just got a lot more local in the process of changing things up. It’s been successful so far.”

While Dehoff is looking toward the future, he enjoys reflecting on the past. The family marked the store’s golden anniversary with a sale that included drawings for prizes and free groceries.

The milestone wouldn’t have been possible without the community’s support, Dehoff said.

“It changed operators and changed hands seven times over the years in the same time period that we’ve been in our store. Every time someone took it over, somebody would say they’re going to put us out of business. Every time, we outlasted the big guy.

“We wouldn’t be able to do that for so long without the support of our customers and the community as a whole. We just wouldn’t be here without them.”

According to Dehoff, outlasting “the big guys” has earned Dehoff’s Market the nickname, “the little store that could.”

Dehoff has four siblings. Two brothers and a sister are involved with the business. His two oldest children are at college but have helped out “since they were old enough to hold a box cutter.” They still work at the store over holiday breaks and whenever they can.

But this isn’t the family’s only business venture. Jack Dehoff also would raise cattle on the side and that operation, dubbed Dehoff Ranch, remains in operation along the coast. While the family doesn’t sell its own beef within the store, the ranch undertakes breeding and raising calves for sale at auction.

“We’ve always had agricultural roots, which is something we’ve always gravitated to,” he said. “Our focus on beef has always been part of that.

“We’ve raised some crops, too. We used to sell our own walnuts in the store. We have walnut orchards along the Sacramento River. We were known back in the ’80s for our natural unbleached walnuts. We used to bring them down by the pallets from Sacramento.”

As for the next 50 years, Dehoff sees the possibility of expanding Dehoff’s Market if “the right location ever came along.”