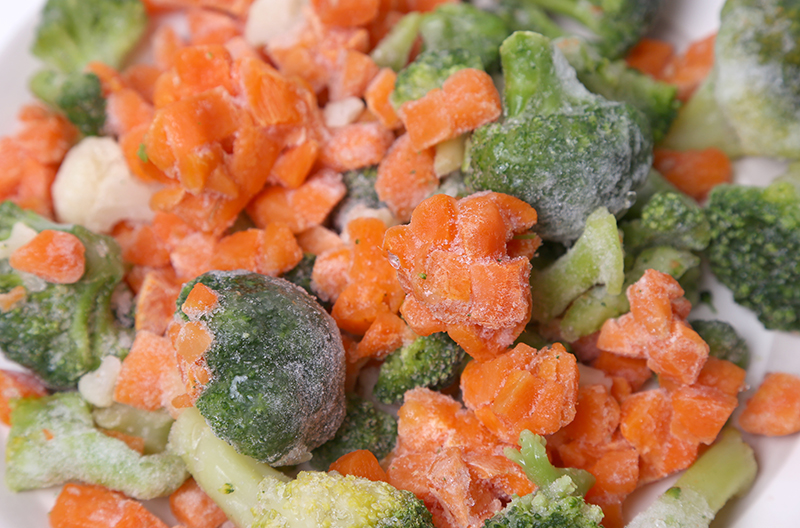 A new survey from the American Frozen Food Institute finds that more than a quarter of shoppers are buying more frozen fruits and vegetables than three years ago and identify many benefits with them.

The AFFI commissioned 210 Analytics to survey a diverse range of households modeled to the U.S. Census to better understand shopper perceptions, shopping habits and applications of frozen fruits and vegetables. The report, “Frozen Fruits & Vegetables: Perceptions, Uses and Expectations among U.S. Consumers and SNAP-Eligible Households,” revealed that the widespread purchase and use help increase produce consumption.

“The frozen food category offers a variety of solutions for today’s consumers, and frozen fruits and vegetables remain an important component,” said Alison Bodor, AFFI president and CEO. “This survey confirms that shoppers are finding different applications and benefits as they integrate these products into their meals.”

The sales of frozen fruits and vegetables in the U.S. reached $7.1 billion over the 52-week period ending June 26, and product volume was 271 million pounds above pre-pandemic levels at 3.9 billion pounds. The top products within the segment were plain vegetables, potatoes and onions and fruit, with sales of $2.9 billion, $2.3 billion and $1.5 billion, respectively.

Nearly all shoppers also reported that they bought both fresh and frozen produce and relied on frozen fruits and vegetables to help hold them over between shopping trips when low on fresh produce. This data aligns with findings in AFFI’s Power of Frozen 2021 market research which found that most consumers integrate both fresh and frozen produce in their meal planning.

“As the food industry and policymakers explore ways to improve nutrition and reduce hunger across the country, frozen foods must be part of the solution,” Bodor said. “Shoppers recognize that frozen fruits and vegetables offer an easy and convenient way to further include produce into their diet, all while stretching their dollar further thanks to the reduced waste.”