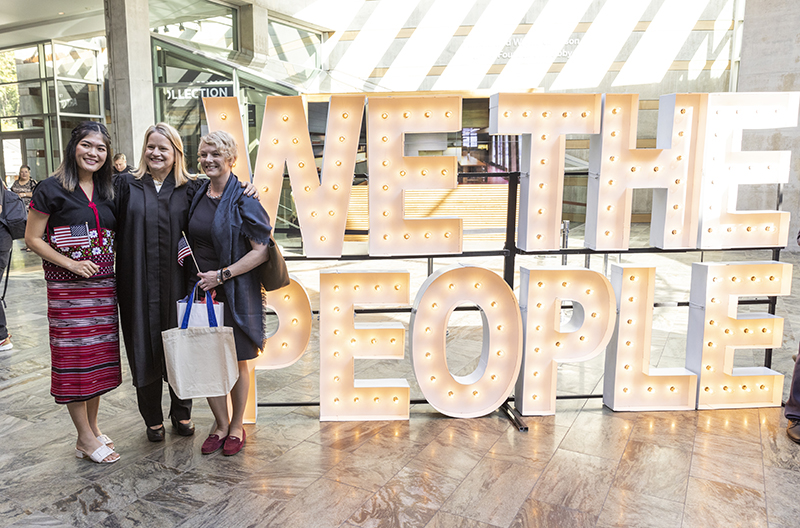 Springdale, Arkansas-based Tyson Foods is strengthening its commitment to immigrant employees by investing an additional $1.5 million to provide free legal and citizenship services.

The company has invested more than $2.4 million during the past two years to support partners like Immigrant Connection, a nonprofit that provides immigrants with legal services, such as employment authorization renewals and petitions for citizenship.

Since 2020, the company has doubled the legal services, helped more than 500 employees with their citizenship status and counseled more than 2,500 workers in need of legal services. Tyson Foods has also spent millions of dollars providing ESL and citizenship classes through Upward Academy.

As a result, the National Immigration Forum awarded Tyson Foods the “Keepers of the American Dream” award Nov. 16 at its Leading the Way Conference in Washington, D.C. This award goes to leaders and organizations making their community and country a better place for immigrants.

“I am thankful to Tyson Foods and the Immigration Partnership Program. I am now an American citizen, proud to be able to vote for the first time in a country I lived in and called my home for the last 12 years,” said Johanna Soderstrom, EVP, chief people officer. “This is a wonderful benefit available to all Tyson team members and their family members.”

Tyson Foods has attracted immigrants because the company provides entry level jobs with benefits. With average hourly pay of more than $18 plus the value of medical, dental and vision insurance, vacation and other benefits, the average total compensation for hourly team members has increased to more than $24 an hour, or an annual value of more than $50,000.

“Tyson Foods has supported me and my family for nearly nine years; giving us jobs and benefits we could never dream of,” said Paw Law, Tyson Foods Clarksville, Arkansas, employee. “I was born in a refugee camp in Thailand and didn’t know what to expect when we got to the U.S. After going through the immigration program at Tyson Foods, I finally feel like I belong somewhere and I’m extremely proud to be a U.S. citizen.”

The company has also invested more than $500 million in wage increases and bonuses for frontline workers over the past year. In addition, it is piloting subsidized and onsite childcare, as well as seven near-site health centers. An increasing number of Tyson production facilities are also offering more flexible work schedules for frontline workers.

“Nearly 20 years ago, I had the pleasure of supporting newly arrived refugee employees at a Tyson facility in West Virginia as a refugee resettlement practitioner,” said Jennie Murray, CEO, National Immigration Forum.

“Since then, including with today’s announcement, Tyson Foods has continued to be one of our nation’s most welcoming and inclusive employers of immigrants and refugees. We are thrilled to honor Tyson Foods with the Keepers of the American Dream award for their innovative work and to continue to promote their best practices.”