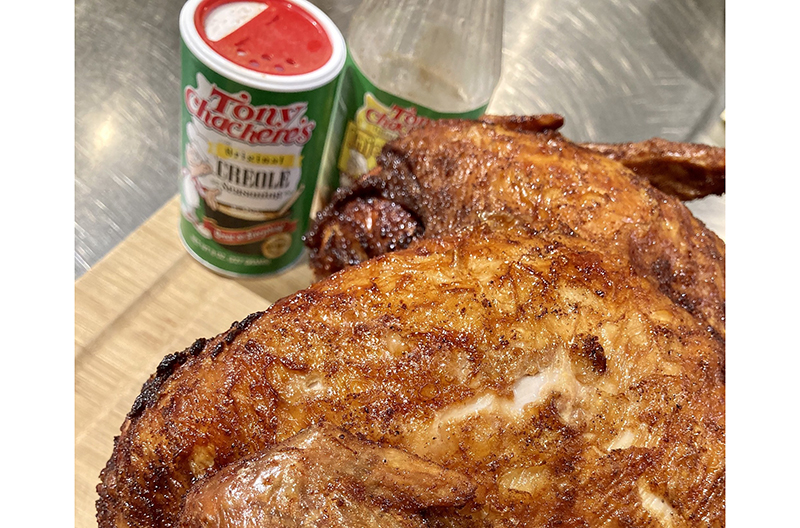 Tony’s is promoting its marinades and seasonings as a Thanksgiving “favorite” this year. Its butter marinade can be injected into the turkey and its seasoning spread around the outside.

Ingredients: three-five gallons of peanut oil (or any oil of your choosing), one turkey (12 pounds), and any Tony’s Butter Injectable Marinade or Original Creole Seasoning for additional taste.

The deep-fried turkey takes about 45 minutes for preparation time, 36 minutes for cooking time and the food serves eight-10 people.

Tony Chachere’s Famous Creole Cuisine is celebrating its 50th anniversary in 2022. Established in 1972 by Tony Chachere, it is family-owned and -operated, employing more than 100 people. The family maintains a tradition of Creole authenticity in its line of seasonings, dinner mixes, marinades and sauces for the pantry and the table.

As part of its 50th anniversary celebration, consumers can receive a commemorative can of Tony’s Original Creole Seasoning from tonychachere.com.