Boise, Idaho-based Albertsons Cos. has announced that the State of Washington Supreme Court has granted the company’s motion to hold an expedited review of the temporary restraining order against its previously announced $6.85 per common share special dividend.

Its position has been supported by rulings in circuit and district courts in the District of Columbia and Washington.

Albertsons Cos.’ proposed merger with The Kroger Co. is continuing through required regulatory review, including seeking clearance under the Hart-Scott-Rodino Antitrust Improvements Act of 1976.

After payment of the special dividend, Albertsons Cos. will have about $3 billion of liquidity, including $500 million in cash and $2.5 billion available under its asset-based lending facility, and expects to generate revenues and positive free cash flow. The company remains committed to investing in its employees, stores and digital capabilities.

Albertsons Cos. issued a statement on the temporary restraining order when it was filed. To read the full story presented by The Shelby Report, click here. 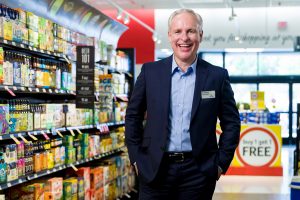