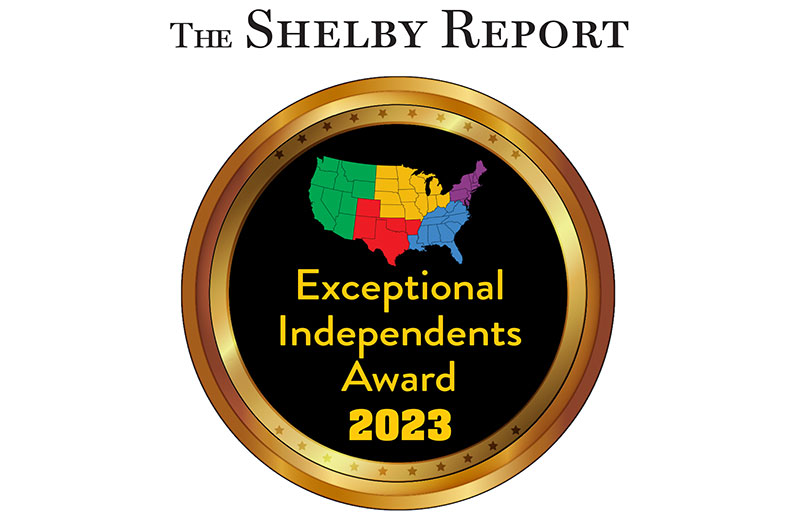 Shelby Publishing is accepting nominations for its inaugural Exceptional Independents Awards program, which honors the role independent grocers play in the industry.

Independent grocers make up a large segment of the industry, with more than 33 percent of overall grocery sales, according to IGA CEO John Ross. That number is up nearly 25 percent compared to sales from a decade ago.

For many years, some industry experts have been saying the future of the independent grocer was dim and “the world was going to be ruled by national chains and big discounters,” Ross said. “Certainly, there’s more competition. But if you actually look at what’s happened, shoppers have rediscovered what a quality independent has to offer.”

And what they have to offer is exactly what shoppers are looking for, according to Ross. These offerings include farm-to-store-to-table items, being engaged in the community, placing a priority on fresh – real butchers, real bakers; and buying from family farms.

“If you were to get a bunch of grocery shoppers in a room and say, ‘I want you to design the perfect grocery store for you,’ their list would read like the description of a great independent,” Ross said.

“There’s just something special about that. It created a differentiated experience inside of an independent store versus an impersonal national chain.”

The word community looms large when talking about independent grocers. It can mean many things.

Shoppers want a grocery store that’s committed to their community, where the money stays local instead of going to an impersonal corporate headquarters; where local people are employed and promoted, instead of bringing in managers from other states, Ross said. Independents embody those traits.

Ross said it’s easy to chip away at the points of difference in independent grocers. They may be encouraged not to make their potato salad fresh every day, not to grind meat fresh but buy it prepackaged, to buy deli salads in a bucket and just pour them into a tray.

While there may be cost and labor advantages to behaving like a national chain, this would chip away at buying from local farmers and cooking for customers as you would for your own family – all the qualities that make an independent special, Ross said.

He added that there is pressure on independents to commoditize their stores.

“But when an independent holds on to all of those things, when despite all the challenges they continue to offer those great services…the No. 1 thing I hear is, ‘I wish that IGA was near my house.’”

He said those independents not only are providing for their families, but they become a model of what being a great independent is like for the next generation.

Referring to The Shelby Report’s Exceptional Independents Awards, Ross said the idea is not just recognition but definition – “of what great looks like.”

He said IGA will hit nearly 1,700 stores this year – a 60 percent growth in the last four years.

“Everyone wants to be a part of a team that’s winning,” he said. “We’re winning because of all those attributes…I am super optimistic for the future, but we’ve got to make sure that we’re inspiring the next generations to want to come and do this job.”

Nominations for the Exceptional Independents Awards are open to independent retailers, wholesalers, technology and other service providers.

“Independents are the backbone of our industry, and this new awards program is an opportunity to recognize them for their contributions,” said Stephanie Reid, president of Shelby Publishing. “Independents are a vital part of their communities and lead the way in caring for their customers. Our Exceptional Independents Awards will shine a light on these businesses that continue to help feed our communities.”

Coverage of the award winners will be featured in the March 2023 editions of The Shelby Report ­– Midwest, Southeast, Southwest, West and Northeast. Awards winners also will be featured on theshelbyreport.com.

Entries must detail why the nominee is qualified for this recognition. Qualifications could be related to independents’ investment in their stores or companies, commitment to supporting neighborhood charities and community involvement, and investment in their employees’ training and advancement.

Nominations are free; there is no charge/fee to nominate. The deadline to submit entries is Jan. 15. The criteria include:

For more information on the program, email Stephanie Reid at [email protected]

High Commodity Prices Put Pressure On CPG Manufacturing
What Does 2023 Have In Store For Independents?
Comment