San Jose will get its fifth Grocery Outlet store, possibly as early as fall.

The Silicon Valley/San Jose Business Journal reports that the aggressively expanding Berkeley-based discount supermarket chain with more than 160 stores in six states plans to open in a building shuttered two years ago by the bankrupt owner of a Hispanic grocery chain near San Jose City Hall. Jim Fletcher of Mill Valley-based Jim Fletcher Co. Inc. represented Grocery Outlet in the transaction at the former Mercados Su Vianda store at 272 E. Santa Clara St. Its owner, Kimomex Markets Inc., declared bankruptcy and closed that location and another supermarket in San Jose in June 2010.

Fletcher said Grocery Outlet signed a 10-year lease with two five-year renewal options on the 24,000-s.f. space. He said the company typically spends about $1.5 million on tenant improvements when it converts a former supermarket into its own format. Grocery Outlet has store staffs of 20 to 30 employees.

Fletcher said the company had already announced another Santa Clara County location scheduled to open later this year in a former Save Mart Supermarkets site at 215 W. Calaveras Blvd., the Journal reports.

Melissa Porter, VP of marketing for Grocery Outlet, said there is no firm date yet on opening the downtown store, but it will likely be in late 2012 at the earliest. 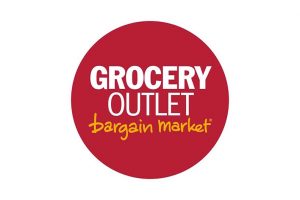