Home » Ahold And Delhaize Coming Together In $29B Merger 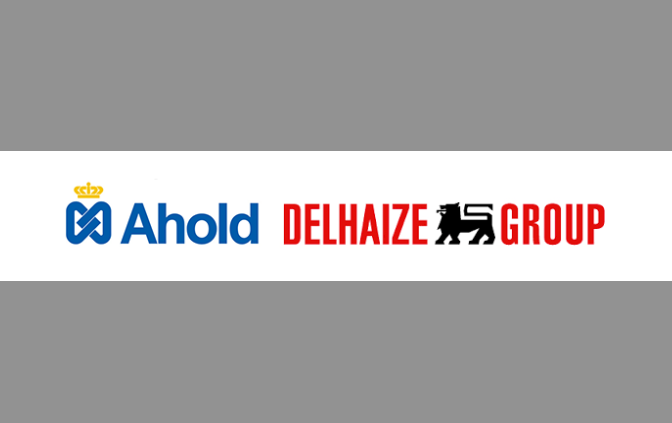 Ahold and Delhaize said this morning that they intend to “combine their businesses through a merger of equals.” The combined company, valued at approximately $29 billion based on closing share prices Tuesday, will be known as Ahold Delhaize and create a “complementary base” of more than 6,500 stores with 375,000 associates, according to the Europe-based companies, both of which operate numerous chains in the U.S.

Ahold Delhaize says it will be able to serve more than 50 million customers per week in the U.S. and in Europe after completion of the merger, which is expected in mid-2016 following regulatory clearances, associated consultation procedures and shareholder approval.

In the U.S., Ahold operates the Stop & Shop, Giant, and Giant/Martin’s banners primarily in the Northeast, as well as online grocery shopping and delivery service Peapod. Delhaize operates the Food Lion and Hannaford banners in the Southeast and Northeast.

Hommen and Jansson said in a joint statement, “This is a true merger of equals, combining two highly complementary businesses to create a world-leading food retailer. The transaction delivers a compelling value proposition for our shareholders, a superior offering for our customers and attractive opportunities for our associates.”

Added Muller, “We believe that the proposed merger of Ahold and Delhaize will create significant value for all our stakeholders. Supported by our talented and committed associates, Ahold Delhaize aims to increase relevance in its local communities by improving the value proposition for its customers through assortment innovation and merchandising, a better shopping experience both in stores and online, investments in value, and new store growth. We look forward to working closely with the Ahold team to implement a smooth integration process and realize the targeted synergies.”

Boer said: “The proposed merger with Delhaize is an exciting opportunity to create an even stronger and more innovative retail leader for our customers, associates and shareholders worldwide. With extraordinary reach, diverse products and formats, and great people, we are bringing together two world-class organizations to deliver even more for the communities we serve. Our companies share common values, proud histories rooted in family entrepreneurship, and businesses that complement each other well. We look forward to working together to reach new levels of service and success.”