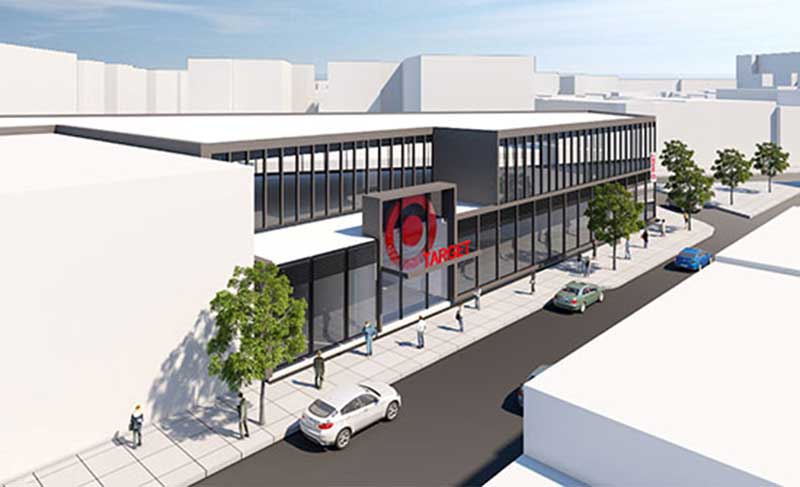 Target has revealed plans to open a small-format store next year in Manhattan’s Lower East Side and will soon start testing a same-day delivery service for in-store purchases from the Tribeca location. It’s all part of the company’s plan to invest $7 billion in capital on stores, digital and supply chain by the end of 2019.

“Serving guests in New York is so important for Target, so we’re proud to continue growing our business and investing in the community,” said Tony Roman, Target’s senior group VP of New York stores. “There’s no other place like Manhattan—it’s a thrill for us to be expanding here.”

The store is expected to open in March 2018 at the intersection of Broome and Clinton streets. At 22,500 s.f. (one-fifth the size of a typical Target store), the new unit will be on the second level of 145 Clinton Street at the Essex Crossing residential development, with 500 rental units above the Target store.

The store will offer a variety of  items—from apparel for women and kids, to fresh produce, to exclusive home décor and more. In addition, Target’s Order Pickup Service will give guests the ability to buy online and pick up their orders at the store within one hour.

The second small-format store will open in Queens in Jackson Heights. As part of the new Shoppes at 82nd Street, the 22,700 s.f. Target will open in 2019. By the end of 2019, Target plans to operate more than 130 small-format locations nationwide.

Target also plans to test a program at the Tribeca store to have in-store purchases delivered, for a small fee, anywhere in Manhattan and to parts of Brooklyn and Queens.