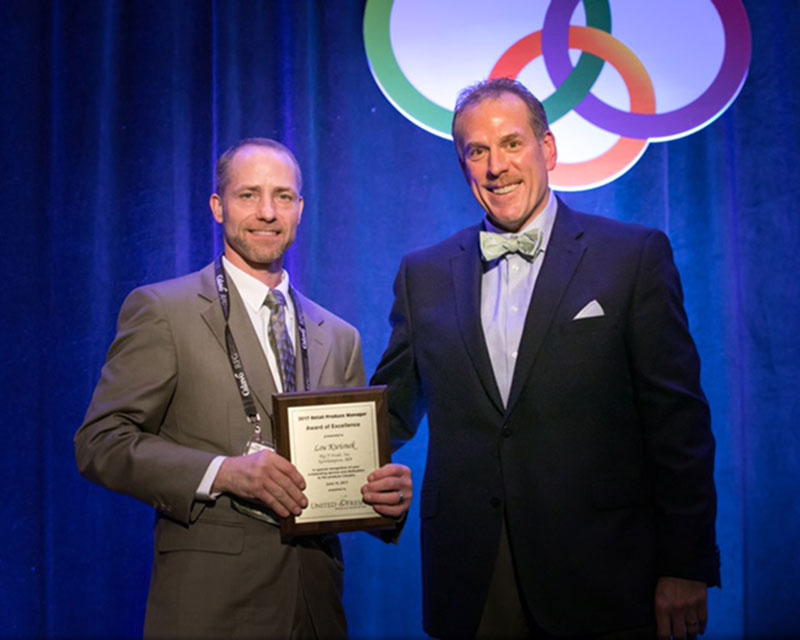 Kwisnek, who works at Big Y in Northampton, Massachusetts, was honored among outstanding produce managers representing supermarket chains, commissaries and independent retail stores from 15 different states and two Canadian provinces. Kwisnek and the other winners were selected among hundreds of nominations.

Winners are selected by a team of produce experts. The awards are based upon a number of criteria, including efforts to increase produce consumption through everyday excellence in merchandising, special displays and promotions, community service and commitment to total customer satisfaction.

“Produce managers are the face of our industry to the consumer. Their creative merchandising and positive approach to customer service directly correlates to the growth of sales and ultimately consumption of fresh fruits and vegetables,” said United Fresh CEO Tom Stenzel.

Kwisnek has worked with Big Y for 14 years. He started his career as an assistant produce manager before he started training to become a produce and floral sales manager in 2007. He assumed that position in September 2008 and has held it ever since.

According to Kevin Barry, Big Y’s director of produce and floral, “For several years, Lou has been the produce manager in one of the busiest Big Y stores. His commitment to excellence can be seen on a daily basis in his outstanding and creative merchandising throughout his department. He is an outstanding communicator and teacher, and has trained several young associates in the art of running a first class produce department.

“Taking care of the needs of his customers is his No. 1 priority,” Barry added. “Lou was responsible for initially and successfully executing the Big Y partnership with the University of Massachusetts Student Farm in Amherst, Massachusetts. We are all excited that Lou has been chosen for this award by the United Fresh Produce Association. We also thank Dole for sponsoring such a prestigious award.”

Big Y has had three top five placements amongst their seven winners of this national award.

Other winners from the Northeast region include: