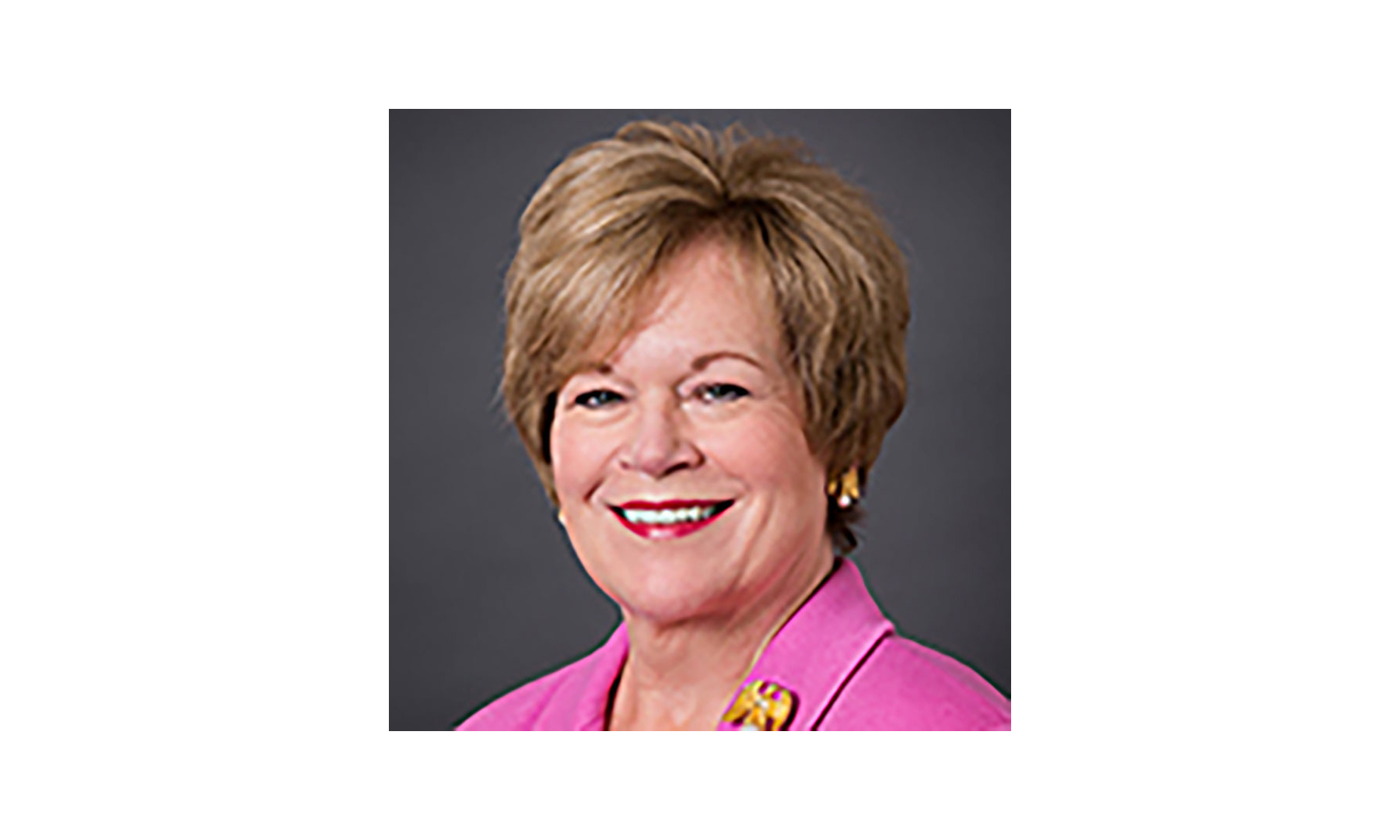 Sarasin said she was struck by the optimism expressed through industry response to FMI’s survey.

“Food retailers are confident,” she said. “Transactions, transaction size and sales per store are up. Same-store sales are up and expected to continue. Sales and basket size, online sales and net profits are expected to grow, and tax reform is expected to lift investments.”

Sarasin said the report shows food retailers are “adapting and innovating” by strengthening programs that take advantage of health and wellness and the “food as medicine” movement, as well as through online technology, marketing vehicles, new differentiation strategies and product assortments, service offerings and using transparency as a shopper-engagement tool.

Due to an increase in positive responses to what long had been called the “Worry Index”—examining a set of issues to understand how they affect the ability to generate sales and profits—Sarasin said they had renamed the section “Food Retail Pulse.”

The next “big-ticket item” on the concerns list is the range of consumer payment methods, which has remained fairly steady as a percent of sales vs. the prior year, Sarasin said.

“In 2017, debit cards were used for 36 percent of sales, and credit cards were utilized for 32 percent of transactions,” she said. “These shares held steady despite ongoing controversy related to interchange or swipe fees charged by card companies and banks.”

Food retailers have made progress with Europay, MasterCard and Visa (EMV) compliance, Sarasin reported, with nearly all having made their stores compliant.

“The latest data shows overwhelming progress and that EMV compliance is having the desired effect, as 80 percent of retailers are reporting a dramatic decline in charge-backs this year,” she said.

Pulse data showing areas of divided response include the economy, consumer trends and technology. Respondents had a 54 percent positive vs. 39 percent negative difference of opinion regarding the local and national economy.

In the macro environment, several factors were identified when looking into impact areas beyond the food retailers’ control, Sarasin said.

“Food retailers expect continued consolidation to occur within the industry,” she said. “They also anticipate low inflation, and they sense some easing on the regulatory front but remain very watchful. Meanwhile, they’re pressing ahead with social initiatives important to consumers, including those related to transparency and waste reduction.”

Pulse data showed respondents feel many of the macro forces placing pressure on them in recent years are expected to continue and even accelerate, including that retail mergers and acquisitions will continue. Nearly a quarter said they anticipate further margin pressures from low inflation and, on average, they are not optimistic that consumers will trade up due to growing discretionary income.

“Food retailers understand that shoppers may be focused on products and ingredients, but they also recognize their customers are increasingly assessing retailers’ social efforts as well,” Sarasin said. “Food waste reduction is a top area of food retail action, with almost two-thirds of retailers, or 65 percent, having quantified goals and implementation time frames for food waste reduction. Others, at 19 percent, don’t yet have these established goals but they’re working on this effort.”

Other key initiatives include product transparency and diversity in hiring. As seen in the Pulse, many retailers are identifying the shoppers’ demand for transparency as an opportunity for engagement and a conduit to deepening customer loyalty.

Looking at the “ever-broadening landscape of the competitive environment for food retailers,” Sarasin said the playing field is getting bigger and more complex to navigate.

“In a move to get more competitive on the digital playing field, many food retailers are expanding into online sales, with 40 percent predicting their online sales will grow,” she said. “Many also expect that consumers’ use of grocery shopping price comparison apps and the instant information they provide shoppers will put further pressure on margins. Despite challenges in the changing ways that customers are shopping, a quarter of food retailers optimistically expect basket sizes will increase.”

Looking more specifically at the issue of online sales, this year was the first for a series of survey questions delving into retailers’ e-commerce practices. Responses showed an industry experimenting and making advances but that still has a way to go.

“A strong majority of survey respondents are pursuing e-commerce, with 63 percent reporting having online sales,” Sarasin said. “In aggregate, these online sales represent a mean of 1.3 percent of their total retail sales, but we should note that the actual percentages differ dramatically by retailer, ranging from zero to almost 6 percent of sales. So, for most, online revenue doesn’t exceed 3 percent of total sales. But we should all keep an eye on these numbers in next year’s Speaks to see what the numbers will be.”

“As experimentation with online sales strategies grows, so does the awareness that there’s much more we need to learn about this new shopping style,” she said.

In looking at strategies that retailers are using to differentiate and distinguish themselves, Sarasin first addressed product differentiators, which were broken into categories of “most utilized” and “most successful.”

“So identifying where use and success align, we see that retailers are benefiting most from their strategy investments in local, deli/prepared and organic,” Sarasin said.

“Efforts put forward in strategies such as community support, checkout experience and frequent shopper loyalty are being rewarded with success,” Sarasin said.

As far as space allocation goes, she said it was no surprise the report showed fresh food segments remain on track to increase in the next two years.

When asked about product assortment strategy, eight out of 10 food retailers said they expect to continue offering more products that are locally sourced and/or organic, along with offering more items for managing health and wellness and expanding their private brand offerings.

As they are considering a range of growth opportunities, food retailers also must consider cost, financial investment and some economic risks, Sarasin said. Many are anticipating big labor allocations for e-commerce and technology, among other growth areas.

“Specifically, in the next two years the biggest increases in labor allocations are expected to be for online purchase fulfillment, at 67 percent, and data analytics at 64 percent,” she said. “Some other notable anticipated increases in labor focused on specialized positions providing in-store services to enhance the customer experience. These include things like trained and certified chefs, specialty help by department–like in-store butchers, produce butchers, cheese mongers, seafood specialists, etc. And then finally, dieticians and nutritionists.”

According to the report, the biggest strategy area of focus for food retailers is e-commerce, cited by 69 percent. However, almost half also are experimenting with small format stores and 45 percent are exploring green building techniques, as well as leasing space to other local business. About four in 10 are experimenting with entering new markets.

In an effort to better engage consumers, food retailers are considering new twists to social media and becoming better health and wellness partners for their shoppers.

Community donations and outreach programs are already used by 93 percent of respondents and 45 percent said these will increase; 63 percent have loyalty programs and 64 percent anticipate increases in this area. Consumer wellness programs are offered by 51 percent, with 46 percent expecting these offerings to grow; and 41 percent currently offer nutrition programs, with 51 percent expecting advances in two years, according to the report.

As far as media platforms used to drive outreach promotions, printed circulars–used by 84 percent of respondents–are predicted to be the biggest decliner, along with net declines in TV ads, billboards and other outdoor signage, radio ads, direct mail, Snapchat and podcasts. Taking their places is a greater emphasis on less costly digital channels.

While on the topic of community outreach, Sarasin spoke of an FMI initiative, National Family Meals Month, which is an industry-wide movement to raise awareness of the benefits of frequent family meals.

“It aims to bring families back to the table to share one more meal at home each week using items purchased from the grocery store,” she said, adding that 54 percent of responding food retailers are aware of the effort and among those familiar with it, some 68 percent plan to participate. “In addition to the social and health benefits to family meals, nearly two-thirds of shoppers said it’s extremely or very important to eat more meals together as a family. Among those shoppers exposed to the program, a whopping 84 percent said they took action after seeing the campaign.”

The report also showed how food retailers are addressing increased competition by boosting productivity. Average transaction size increased from $30.02 last year to $34.61 this year, and a slight bump in weekly transactions per store was noted. As a result of these two increases, average weekly sales per store in 2017 exceeded $400,000. However, this increase in revenue was offset by higher labor and healthcare costs to result in net income being flat at 1.1 percent, Sarasin reported.

Consumer self-checkout usage reached a new high at 15 percent of transactions, while the majority of transactions–72 percent–continue to take place at cashier-assisted lanes.

Sarashin said the area of SKU counts was puzzling.

“Average SKU counts have been generally declining for the past decade, as food retailers readjust assortments and make format adjustments,” she said. “But this year SKUs took an even more sizable dip, falling from an average of almost 40,000 last year to just over 30,000 this year. And honestly, the size of this drop in SKUs has baffled us.”

She said FMI will continue to monitor SKU data in future reports.

As the economy improves, employee turnover in the industry often increases. About 74 percent of respondents identified the current economic environment and low unemployment rate as a challenge for recruiting and retention. They are addressing the challenge using such strategies as raising minimum hourly pay, providing employee education benefits and offering more training to help career advancement.

Fiscal year 2017 turned out better for same-store sales than many expected, Sarasin reported.

Industry same-store sales advanced 1.7 percent, up from 1 percent the year before.

Over half of the food retailers believe strongly their same-store sales will grow this year, and 31 percent strongly believe net profits will advance, Sarasin said, adding that 40 percent made strong positive forecasts about increased online sales.

The tax reform law that took effect in January provides retailers a bit of a break, as 36 percent plan to increase investments in store development, new equipment and real estate; 33 percent plan to boost wages; 28 percent anticipate enhancing employee training; 16 percent will raise employee benefits; and 12 percent will increase employee bonuses. Almost half of responding retailers say they are likely to make at least one of these types of investments as a result of the new tax reform law, according to the report.

The full Speaks report is available at FMI.org.

TRA’s Kelemen: Texas Will Be Even More Red After The Election

The Symbiotic Relationship Between Eating Well And Shopping Well

Minding The Pollinators’ Plight Actually Is Austin CEO Ulmer’s Beeswax
TRA’s Kelemen: Texas Will Be Even More Red After The Election