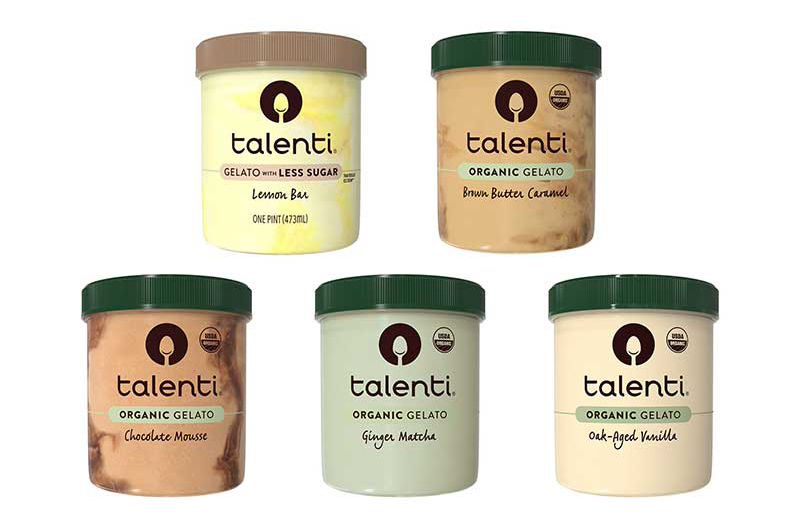 Talenti, a maker of gelato based in Englewood Cliffs, New Jersey, has introduced Talenti Organic, a new collection of gelatos made with all organic ingredients. This new range of gelato offers a certified-organic option in the following four recipes:

Additionally this year, the company is expanding its Crafted with Less Sugar line with a new flavor:

“We know more consumers are looking for organic options, especially in the ice cream and gelato category,” said Josh Hochschuler, founder. “We’re thrilled to offer a line that meets this demand, while still delivering that same delicious taste consumers have come to expect from Talenti. We had a lot of fun creating unique flavor combinations in the organic line, and we can’t wait for our fans who are craving something new to try them.”

The company has launched “The Talenti Scoop,” a Talenti gelato fan club. Once fans sign up, they will be the first to know insider information from the brand and have a chance to receive surprises throughout the year.

“At Talenti, everything we do is for our fans,” said Leslie Miller, marketing director of ice cream at Unilever. “The Talenti Scoop will not only give them a deeper connection to the brand but will also ensure our biggest supporters have the exclusive access they deserve.”

The five new flavors are available in grocery stores nationwide. The suggested retail price for the organic range is $5.49-$6.49 per pint, and Crafted with Less Sugar Lemon Bar Gelato is $4.49-$5.49 per pint. With these new additions, consumers have 40 total Talenti gelato and sorbetto flavors to select from.

Talenti, a wholly owned subsidiary of Unilever, began as a gelateria in 2003 and has since grown into a packaged gelato company.