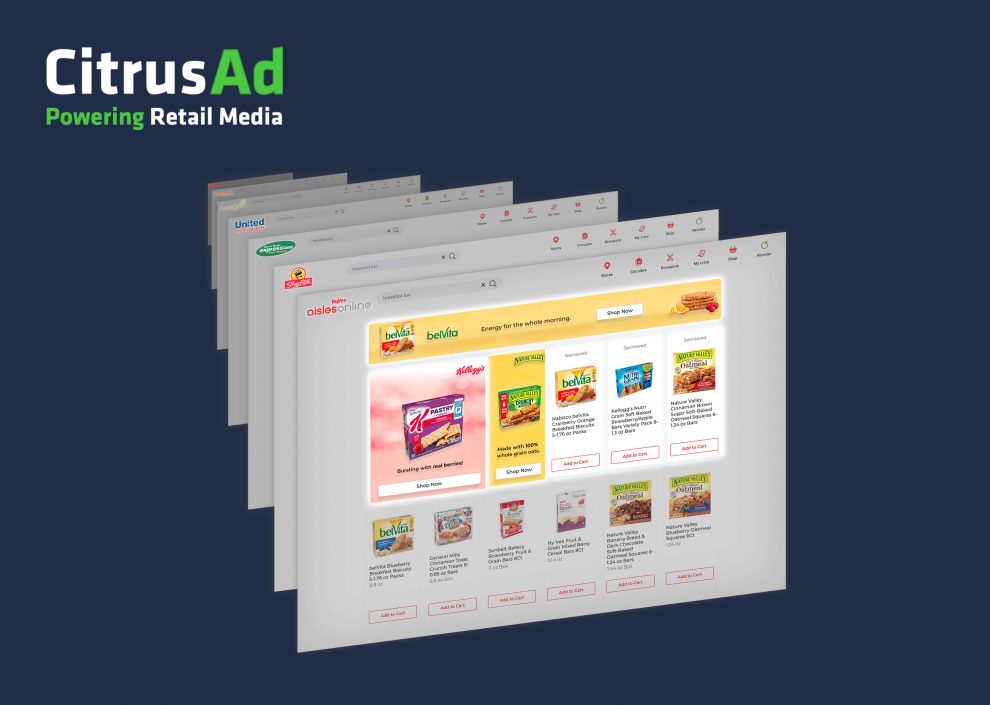 CitrusAd expanded its ad network coverage by bringing more media partners on board and integrating with several retail e-commerce platforms including ThryveAI (a brand of Mi9 Retail).

“We want our retail customers to be able to use their combined scale to better compete with Amazon and Walmart, and the expanded network will allow them to get their fair share of media spend,” said Neil Moses, Mi9 Retail CEO.

National advertisers are enjoying the benefits of real-time retailer specific campaign measurement and transparency, which is something CPG’s have been craving for some time. CitrusAd has launched several new ad units that have bolstered ROAS on the platform. Some of the largest CPG companies are already witnessing incremental lift based on the ad innovation that CitrusAd has launched.

It’s recently been well reported that the number of online grocery orders has increased 428 percent since last August. The average order size also has increased as sales hit another new 30-day record with $7.2 billion in sales in June, showing steady consecutive monthly growth since the pandemic began.

“We were already growing rapidly before the pandemic, and once the e-commerce storm hit everyone from retailers and CPG companies to media agencies took e-commerce a lot more seriously, not just in the USA but globally. Brands shifted their advertising budgets to follow the consumer shifts online. Many mid- to large-size retailers that did not have robust ad solutions in place found the perfect fit with our easy to integrate, white-label platform backed by our experienced media sales team,” said Brad Moran, CEO of CitrusAd.

CitrusAd is a white-label, self-serve, e-commerce advertising platform that enables retailers to monetize their digital shelf-space while enabling suppliers to increase sales by launching targeted and cost-effective digital campaigns right at the point of purchase.

Since it was launched in 2017, CitrusAd has become the global retail industry’s preferred sponsored product, banner ad platform, service and retail media sales organization. Successful retailers, across all verticals from 22 different countries are leveraging the CitrusAd platform to create a more personalized shopping experience and deliver greater ROI for suppliers.