Home » Could CBD Be Answer To Over 3M Americans’ Gastrointestinal Issues? 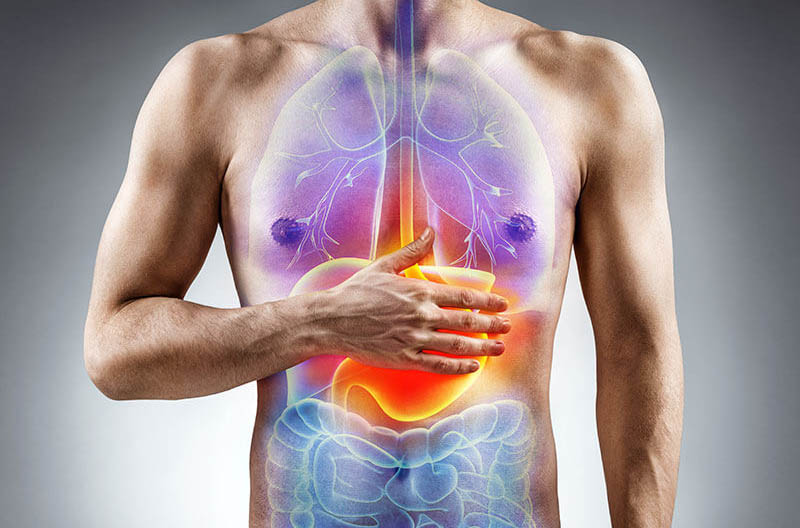 All of us at some point or another have suffered from an upset stomach or a flu bug that disrupted our everyday lives. For a large number of Americans, currently over 3 million, digestive issues are a chronic occurrence collectively called Inflammatory Bowel Disease (IBD)1. To make matters worse, those afflicted with various forms of IBD have limited treatments available. Fortunately, new studies are finding that cannabidiol (CBD) derived from industrial hemp may alleviate several symptoms of IBD and may help prevent relapse of this condition. The intent of this article by Golden, Colorado-based Panacea Life Sciences is to summarize the general types of IBD, review current treatments and explain why CBD may be a solution for many sufferers of gastrointestinal issues.

IBD is a fairly common condition with the number of patients increasing by approximately 60K per year in the United States. The disease appears to run in families and begins showing symptoms between the ages of 15 and 35, and smokers are more likely to develop specific forms of IBD. (For a full description of disease prevalence, symptoms and treatments, see reference 2.)

IBD is divided into two main types of disease types: Chron’s Disease (CD) and Ulcerative Colitis (UC). CD affects the entire gastrointestinal tract with inflammatory patches that may extend through multiple layers of in the small intestine. UC, on the other hand, presents as continuous damaged segments of the inner lining of the gastrointestinal system (GI), starting from the rectum and spreading further into the colon.The inflammation in IBD interrupts intestinal function by preventing nutrients and water to be absorbed into the body, thus creating irregular waste products. The resulting symptoms are persistent diarrhea, abdominal pain, rectal bleeding, bloody stools, weight loss and fatigue. Those with IBD may also exhibit anxiety and depression while coping with their ailment.

Although the root cause for IBD is not known, this condition arises from a defective immune system where the body attacks innocuous bacteria that naturally occurs in the gut, resulting in inflammation of the GI tract, as mentioned above. Treatments are aimed at reducing the inflammation and restoring normal GI function.

Anti-inflammatories such as amino-salicylates or corticosteroids (e.g. prednisone) are the most common medications prescribed for IBD, with immunosuppressants (e.g. cyclosporine) also having efficacy against the disease. There are also newer anti-Tumor Necrosis Factor biological treatments that appear to be effective for treatment (e.g. Infliximab). Each of these treatments are associated with significant side effects that may make the prescribed treatment intolerable for the patient, and many appear to lose effectiveness over the course of time3.

Although Irritable Bowel Syndrome (IBS) sounds similar to IBD, the symptoms, causes and treatments are distinct from IBD. Approximately 40 million people in the U.S. have various forms of IBS.

This syndrome also affects the function and behavior of the intestine, but symptoms are usually caused by irregular muscle contractions of the muscles lining the intestines. IBS symptoms are similar, yet separate from IBD:  cramping, abdominal pain, bloating, gas, mucous in the stool, diarrhea and/or constipation. IBS typically presents in middle adulthood, with a majority of sufferers female, and has a strong genetic link. IBS patients also may suffer from anxiety and depression.

While the cause of IBS is unknown, it is speculated that there is a disruption in the naturally occurring bacteria in the intestinal system that is referred to as the microbiome. Treating IBS is aimed at relieving symptoms or to restore the natural balance in the microbiome. Treatments for IBS include laxatives, anti-diarrheal agents, antidepressants (e.g. Librax), probiotics, antispasmodics (drugs that stop the irregular contraction of intestinal muscles, e.g. Bentyl) and Serotonin 5-HT3 receptor blockers (e.g. Lotronex).

Introduction to the cannabis plant

Marijuana, or cannabis, has been used since 4000 BCE by ancient Chinese as a source of fiber and to treat various ailments such as constipation, mental illness and pain4. Fast forward to today, and we now know that the Cannabis sativa L.strain of the cannabis plant, contains over 500 unique compounds that may have a medical use, with 113 of those compounds being cannabinoids.

The two most prevalent and studied cannabinoids from the industrial hemp plant are tetrahydrocannabinol (THC) and cannabidiol (CBD). THC is the psychoactive component in marijuana responsible for the inebriation associated with marijuana use. CBD, on the other hand, works very differently in the body than THC and does not produce inebriation, but it does have multiple potential medicinal uses, one of those being an aid to digestive health.

Cannabinoids work in the body through an extensive network of receptors and enzymes collectively termed the Endocannabinoid System (ECS)6,7. The role of the ECS is to restore balance to several physiological systems ranging from cognition to inflammation. When cannabinoids interact with the ECS system they will trigger responses that will either stimulate, such as increasing serotonin levels in the brain to alleviate anxiety and/or depression, or dampen responses, such as inflammation.

The first two receptors that mediate CBD effects in the body are the Cannabinoid 1 (CB1) and Cannabinoid 2 (CB2) receptors. CB1 is expressed primarily in the brain but is also present in peripheral tissues such as the stomach and intestines, whereas CB2 is expressed on immune cells to mediate inflammatory responses. Studies have indicated that both CB1 and CB2 receptors will reduce GI motility as well as immune function in the gut8. Additional molecular targets will interact with cannabinoids to exert other effects, such as the TRPV1 protein that mediates visceral hypersensitivity signaling and intestinal contractility under inflammatory conditions9,10.

Much of the understanding of how cannabinoids may help with IBD is obtained from preclinical models. These are studies performed in rodents that predict activity in humans. Preclinical evidence in these models shows a large number of benefits for potentially treating IBD as listed below11.

Interestingly, in these studies, CBD appears to be effective to both alleviate symptoms as well as prevent the onset of an IBD flare-up.

To date, there have been five clinical studies at various stages to evaluate the ability of CBD to treat IBD, Crohn’s, ulcerative colitis and Irritable Bowel Syndrome21. One trial focused on alleviating pain (visceral hypersensitivity) through a low dose of CBD administered by chewing gum. Although the trial has been completed, no information is currently available22.

Another study to evaluating CBD’s effectiveness in treating did not demonstrate improvement in disease activity. However, these negative results may be due to the small number of subjects or the low dose that was given for testing (10mg, oral).

A different study used a rich CBD whole-plant extract for evaluation in ulcerative colitis. Although the preparation used was not altogether tolerable (oral capsule with CBD-containing hemp oil) the treatment trended toward an improved quality of life scores23. This suggests that the extract may have provided therapeutic benefit and a basis for conducting future studies with improved formulations24,25,26,27.

Additional benefits of cannabinoids: well-tolerated with reduction of anxiety and pain

As mentioned above, currently available prescription medications for IBD or IBS address only the gut symptoms of the diseases, and each medication has numerous side effects and reduce in efficacy over time. An attractive feature of CBD is that this compound is extremely well tolerated28.

In human studies, doses of up to 10 mg/kg/day have been given to subjects with minimal side effects. For the average weight person in the United States (around 170 pounds), this is roughly equal to taking 850 mg per day, which is quite a large pill! At doses higher than 10 mg/kg/day, a percentage of people have reported reversible side effects such as diarrhea, upset stomach, tiredness and elevated liver enzymes. The doses that have been studied for CBD’s effects on IBD are much lower than this, with the maximum at 300 mg per person per day28.

One of the associated conditions with those suffering from IBD or IBS is anxiety and/or depression caused by managing the condition. Cannabidiol has been reported to produce a sense of calm, and numerous clinical studies have evaluated the ability of CBD to treat various forms of anxiety: General Anxiety Disorder, Social Anxiety Disorder and Panic Disorder, to name a few29. There is a large body of preclinical studies, too numerous to discuss fully in this article, indicating that CBD may be a well-tolerated supplement for reducing anxiety with over 12 clinical studies at various stages determining proper dosage, dose form and efficacy of CBD to assist with anxiety30.

At the least, cannabidiol has been reported as an anti-inflammatory and analgesic. Numerous studies have evaluated the ability of marijuana extracts containing THC and CBD to reduce various types of pain, from inflammatory to neuropathic31. As an anti-inflammatory, CBD may reduce swelling at the site of injury while also inhibiting pain responses.

Preclinical studies sponsored by Panacea Life Sciences (not published) have indicated that CBD works as an effective analgesic for acute abdominal pain and with significantly more potent effects than ibuprofen. Panacea is extending this study into dairy cattle to evaluate whether CBD may be an effective alternative for addressing pain in animals as well.

In conclusion: cannabidiol is worth exploring for IBD and IBS

Although much more clinical research is needed, to date, cannabidiol research shows much promise as a possible treatment for those with IBD. Initial research indicates that CBD, a well-tolerated supplement, not only helps alleviate symptoms with IBD and IBS, but may even prevent flare-ups of IBD from occurring. Additional uses of CBD to potentially reduce abdominal pain and anxiety make this a very attractive alternative to prescription medications.