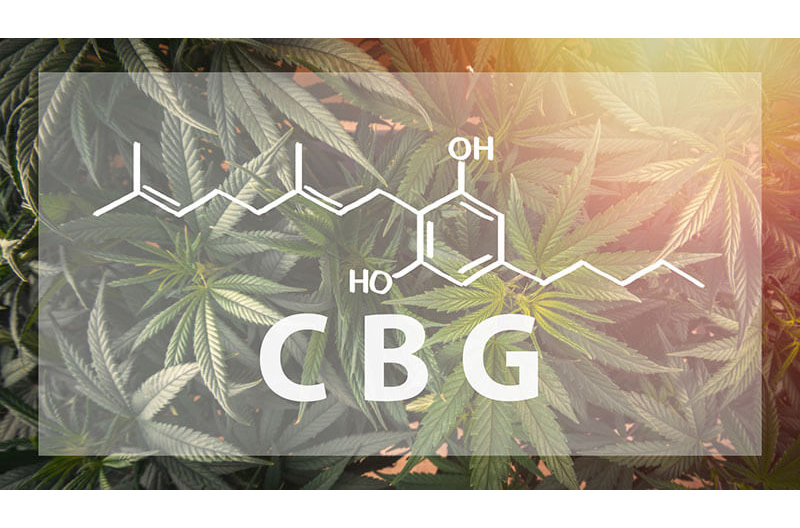 The health care market has recently been flooded with a wide variety of products made with industrial hemp extracts. The industrial hemp plant contains more than 500 unique chemicals with 113 currently identified cannabinoids, of which the two most well-known are tetrahydrocannabinol (THC) and cannabidiol (CBD)1. Products ranging from lotions to liquid oral drops, to food ingredients each focus on containing a specific amount of cannabidiol. To differentiate themselves, hemp producers have been working to selectively breed various strains of hemp to increase the concentrations of cannabinoids and terpenes, according to Golden, Colorado-based Panacea Life Sciences.

The pending 2020 harvest of the hemp crop, which began in late September, will allow manufacturers to introduce new cannabinoid products to the market. Keep in mind, the hemp industry has much more work to do to fully understand the biological advantages of each new cannabinoid, what uses are superior to CBD and dosing, to justify the potential increased cost of these products.

While many of the reported benefits are similar, there are solid indications that each cannabinoid may provide improved or unique effects. This article will describe some of these new cannabinoids and the potential health benefits they provide so retailers can make informed decisions and understand how these products may benefit their client base.

For context, Cannabis sativa L., commonly referred to as industrial hemp, is a strain that contains low concentrations of THC, the psychogenic component of marijuana that causes the high associated with marijuana use. Different strains of Cannabis sativa L. that have unique cannabinoid, terpene and flavonoid profiles have been developed with creative names such as Cherry Wine or T-1. This means that these strains will have a different smell and flavor profile.

Hemp growers use natural selective breeding techniques to develop these strains to increase specific cannabinoids to a concentration in the plant that allows extractors and manufacturers to generate products enriched in different cannabinoids.

The figure below shows how four major cannabinoids are synthesized in the plant. The parent or mother cannabinoid, cannabigerol (CBG), is metabolized by three different plant enzymes to convert this to THC through THC synthase; CBD through CBD synthase; or cannabichromene (CBC) through CBC synthase. Cannabinol, CBN, is a natural degradation product of THC. Exposure of THC to heat and light over a period of time will convert a portion or all of the THC in a hemp or marijuana extract into CBN.

By selectively breeding plants that have lower concentrations or mutations in the synthase enzymes will produce plant strains that are enriched in the target cannabinoid. Over the past two years, various strains have been identified that contain enriched levels of CBC and CBG, and extraction laboratories have enabled technology to collect THC and convert it to CBN, which allows for the manufacturing of products rich in these cannabinoids. Note that all hemp-derived products must comply with the definition of industrial hemp, meaning that the THC concentration must be lower than 0.3 percent.

Retailers can fully expect that as new cannabinoid products enter the market, there will be a premium price commanded by the products. The increased cost per cannabinoid content (typically reported as price per mg target cannabinoid) is partly due to increased costs of production of the hemp oil, but also a perceived demand for these new cannabinoids.

The analogy is very similar to iPhone sales where a small segment of the population is willing to pay a premium for the new version of the iPhone while a large portion of the market will wait to see how the new phone performs and allow costs to normalize. This analogy is apt for new cannabinoids as initially, there will not be much solid information as to the benefits of the cannabinoid and why a more expensive price point (compared with CBD products) is justified, especially considering how it is anticipated that costs will decrease over time. For example, when CBD products were first introduced to consumers, the raw material just two short years ago was 40 times higher than today’s current pricing. Current market pricing of raw materials and historical price tracking can be obtained from market sites like PanXchange.com or kush.com.

Why the interest in different cannabinoids?

Cannabidiol by itself is well tolerated with few side effects, and initial studies show that cannabinoids may treat conditions that current prescription drugs do not adequately treat. In fact, it is anticipated that each new cannabinoid may influence an expanding range of health conditions. Simply put, the different chemical structures of the cannabinoids are expected to have both similar and unique biological activity, so CBG may have unique health benefits not provided by CBD.

This is similar to how THC and CBD have similar activities, yet THC is unique to causing psychogenic effects whereas CBD does not. Each of the cannabinoids will exert biological effects through the Endocannabinoid System (ECS), a collection of over 75 enzymes and receptors naturally occurring in the body which regulates diverse physiological systems ranging from skin health to cognitive effects. The ECS helps maintain balance in the body, providing a boost where needed and to dampen when the body overreacts. In the immune system, for example, the ECS may help stimulate an immune response when the inflammatory response is not sufficient to fight off an invading organism, but it can also dampen the response to ensure that collateral tissue damage does not occur when trying to eliminate the invader.

Below are summaries on currently reported health benefits for each of the new-to-market cannabinoids: cannabigerol (CBG), cannabichromene (CBC) and cannabinol (CBN).

CBG is the parent molecule that, through modifications in the plant, gives rise to the three main cannabinoid lines (as shown above) each of which can then be subsequently modified to produce the 113 cannabinoid variations in the plant. Like CBD, CBG is non-psychogenic and will not produce a euphoric high associated with marijuana use.

However, research on this cannabinoid is meager and has not been studied in humans. As summarized from preclinical research, referenced below, CBD has been investigated for its anti-inflammatory, intraocular pressure, appetite stimulant, neuroprotective, anti-cancer, anti-microbial and cholesterol-lowering effects2,3.

Glaucoma: CBG is thought to be particularly effective as a glaucoma treatment as it reduces intraocular pressure4,5. This is in contrast to CBD which has not demonstrated clinical utility superior to existing glaucoma medications.

Neuroprotection: CBG has also been reported to decrease neuroinflammation and act as a neuroprotective agent. Neuronal cells grown in the laboratory were protected from oxidative damage by both CBD and CBG, suggesting these compounds are neuroprotective6. Based on these effects and the proposed mechanism of action, CBG is suggested to protect against oxidative damage in the brain, as well as inhibiting neuroinflammation – both critical elements in neurodegenerative disease6,7,8. The cell-based studies have been extended to preclinical in vivo studies where CBG was demonstrated to have beneficial effects in a Parkinson’s disease model through a signaling protein called Peroxisome Proliferation Activated Receptor9,10. It may also have beneficial effects on Huntington’s Disease11.

Cancer: Cannabigerol may also provide benefits to cancer patients. CBG was found to inhibit colorectal cancer cell growth in both cell culture and in vivo assays12. Interestingly, CBG protected against the chemical induction of colorectal cancer as well as inhibiting tumorigenesis. An additional benefit of CBG for cancer patients is that CBG stimulates appetite13. Cancer patients undergoing radiation or chemotherapy often lose their appetite and do not want to eat. Stimulating appetite in patients suffering from cancer or other conditions that affect appetite without having the psychogenic effects of THC may be a great benefit to help these patients regain health.

Inflammatory Bowel Disease:  Cannabigerol has shown positive effects in experimental models of inflammatory bowel disease. This will be welcome news to over 3 million Americans suffering from this condition that has very few treatment options14.

Anti-microbial:  Cannabinoids in general have shown potent antimicrobial activity on hard-to-kill bacteria such as methicillin-resistant Staphylococcus aureus (MRSA)15,16. Cannabigerol, along with other cannabinoids, works to slow the growth of bacteria through a mechanism distinct from commonly used antibiotics, such that the organisms do not develop resistance and cannabinoids may be used in combination with existing antibiotics to give the microorganism a one-two punch.

Bladder Function: Lastly, CBG, as well as other cannabinoids, have shown activity in modulating bladder function. Although the studies are at an early stage, the data holds promise in assisting those with overactive bladder issues17.

CBC has been reported through several early studies to have broad, health-promoting effects – some similar to those of CBD and CBG, others more distinct. CBC works in the body through interaction with the specific receptors18, guiding an understanding of the effects of CBC on pain, skin health and intestinal and musculoskeletal function.

Inflammation and Pain: Similar to CBD and CBG, CBC has been reported to be a potent anti-inflammatory and pain modulator19,20. Additionally, researchers have shown that CBC and THC work in concert to exert stronger effects than when used individually. These results suggest that multiple cannabinoids when used together create the “entourage” effect.

Skin and Acne: Like CBD and CBG, CBC has been shown to suppress oil production and pro-inflammatory effects in sebocytes, indicating that CBC may have a positive effect on skin health and reduce acne24,25.

Glaucoma: IV administration of CBC led to a significant reduction in ocular pressure26.

Brain: CBC appears to have a unique effect to increase the viability of adult neural stem progenitor cells, potentially allowing the brain to replace damaged cells which could play an important role in neurodegenerative diseases such as Alzheimer’s Disease. Additionally, CBC has demonstrated anti-depressant effects indicating that there is a modulation of neurotransmitters by this cannabinoid27,28,29.

Cancer:  As with other cannabinoids, CBC has a speculated role in inhibiting cancer formation and tumor growth through its anti-inflammatory activity30. Studies examining the specific role and mechanism of CBC effects on cancer are preliminary and need much more work.

As shown above, Cannabinol is a natural degradation product of THC and could be a marker of poor storage or age of cannabis plant products. There is much speculation as to whether CBN is psychogenic, like THC, and may be the least studied of the newer cannabinoids.

CBN has been reported to have sedative effects based on an observation that aged cannabis had a stronger sedative effect and had a larger concentration of CBN, which has so far led to companies introducing CBN products to the market as a sleep aid31. There are no clinical studies of CBN yet, but it has been investigated for effects on appetite with very preliminary suggestions on effects in the areas of sleep32,33, pain34,35, central nervous system [seizure36, appetite37, Amyotrophic Lateral Sclerosis (ALS)38], anti-infective16, cancer39, skin health40 and inflammation41.

One of the unique features of CBN may be on bone regeneration and repair42. Although this has only been hypothesized, if studies demonstrate positive effects for fracture repair and osteoporosis may be a unique activity to CBN.

The excitement around the possible health benefits provided by the industrial hemp plant is growing quickly, specifically with the novel cannabinoid products that will enter the market later this year. Each cannabinoid appears to have overlapping health benefits that most likely stem from anti-inflammatory activity, with early studies indicating that specific cannabinoids may have unique effects or be more potent for various conditions (e.g. CBN potential effects on bone regeneration and CBC effects on intraocular pressure, respectively).

Manufacturers will most likely introduce products containing mixtures of cannabinoids to provide wide coverage of activity and take advantage of the entourage effect. More studies are needed to answer the many questions surrounding these new uses of cannabinoids, including the full biological activity of each cannabinoid, which is best for a specific need, and what is the right dose