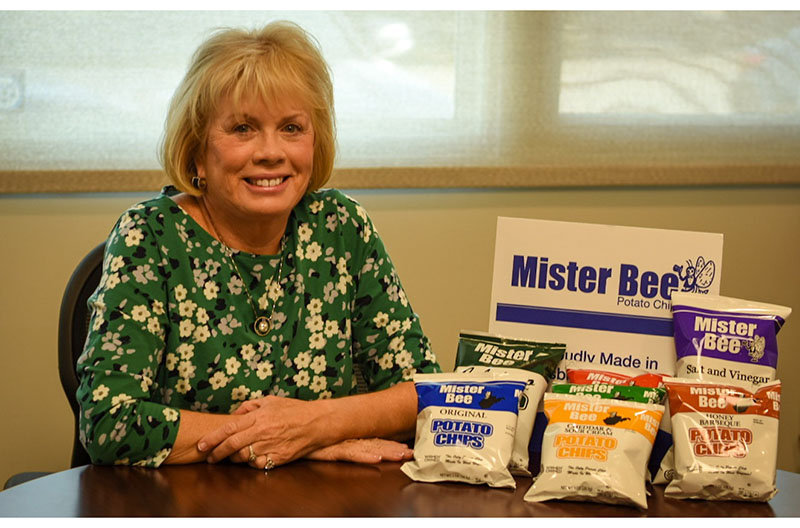 Mary Anne Ketelsen, president of Mister Bee since 2015, said the investments the company has made are paying dividends.

“We have upgraded our distribution strategy to retail outlets making our full range of chips available well beyond West Virginia, and the enhanced manufacturing upgrades allow us to fill more shifts and produce chips more days a week. Employment has grown at our Parkersburg manufacturing facility from 20 employees when I became president to 80 now.”

Rob Graham, VP and head of sales, said, “Mister Bee has experienced growth recently due to increased interest in our products for private label brands and co-packing for snack companies. The flavor and quality of our products is being recognized nationally.”

Mister Bee Potato Chip Company was founded in 1951 by Leo and Sara Klein and had its first offices on Mary Street in Parkersburg, West Virginia. At that time, the chips would be made in the morning and then Mr. Klein would distribute the fresh product in the afternoon. In November 1962, the company was moved to West Virginia Avenue, where the chips are still made today. Leo Klein operated the business until 1979, when he passed away at age 73.