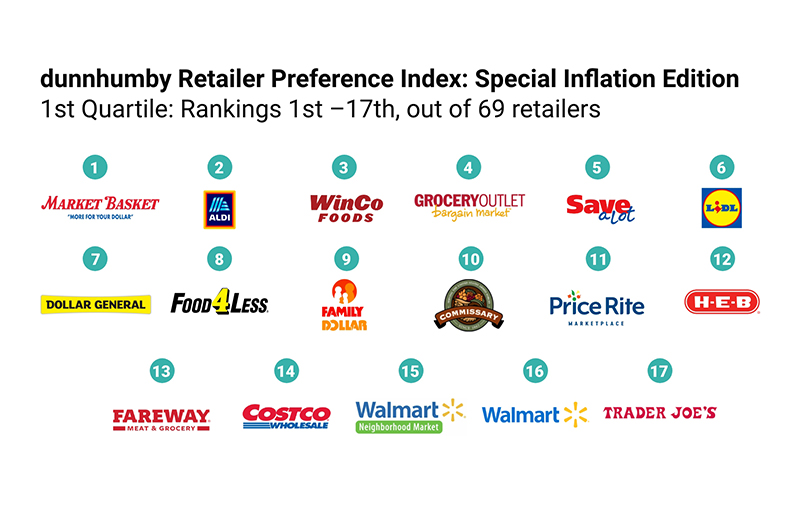 Dunnhumby released a special edition of its Retailer Preference Index, a nationwide study of the $1 trillion U.S. grocery market, examining which grocers are winning customers as the economy falters. The edition was released Sept. 19-22 as dunnhumby attends the Groceryshop expo at Mandalay Bay Resort in Las Vegas.

Market Basket bested Aldi and third-placed Winco as the top-ranked grocer during inflationary times. Grocery Outlet and Save A Lot rounded out the top five due to their ability to save customers money at a time when this matters more. The next five retailers in the top 10 are Lidl, Dollar General, Food4LessFoodsCo, Family Dollar and Military Commissaries.

The dunnhumby RPI: Special Inflation Edition was released as part of The dunnhumby Quarterly: a strategic market analysis of key retail themes, with the latest edition focused on consumers’ reaction to rising grocery prices.

While Amazon is better positioned than any retailer for long-term success in grocery, its value proposition for inflationary times is no better than the average grocer. As a result, Amazon dropped out of the first quartile as its web traffic declined 6.5 percent so far this year. H-E-B, the top-ranked e-commerce retailer in the dunnhumby e-commerce RPI, finished 12th.

Key findings from the study:

The overall RPI rankings are the result of a consumer survey-informed statistical model that predicts how retailers execute on the customer needs that matter most for driving performance and emotional bonds with shoppers. As part of this study, two online surveys, one in October 2021 and a second survey in May-June, were conducted surveying 18,000 grocery shoppers. 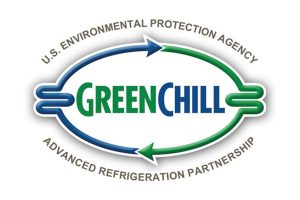