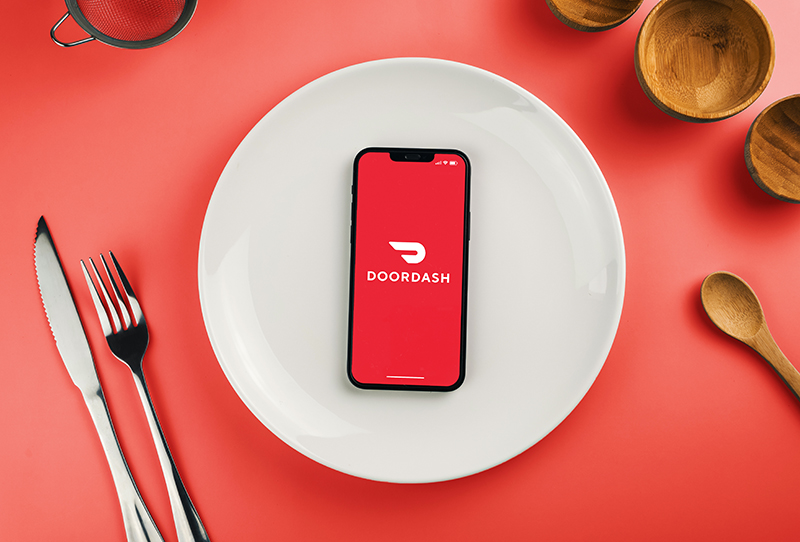 LAS VEGAS – On his actual birthday, Tony Xu, CEO of DoorDash, explored the growth of delivery for groceries during a mainstage keynote address Tuesday afternoon during Groceryshop 2022.

It was during last year’s event that Xu announced DoorDash would be available for alcohol deliveries, as well as the implementation of DoubleDash.

Throughout the stretch of implementing both programs, the company has seen “tremendous” growth in alcohol sales for grocery retailers that are allowed to do so. This growth comes in the form of expanding deliverable store hours, making alcohol selection wider and sharing their findings with partners to help guide them on what customers are ordering.

Xu told moderator Jon Fortt, co-anchor of TechCheck on CNBC, that the launch of DoubleDash has been widely successful, not only in terms of alcohol but to shoppers using multiple aspects of the delivery chain.

“Products like DoubleDash, where you can add a delivery after you check out from a restaurant and bundle them into the order, (consumers) are effectively paying one fee for multiple deliveries,” he explained. “That has really driven a lot of adoption of these other categories such as alcohol, pharmacy products or even a couple things from the grocery store.

Groceryshop, a leading CPG and grocery event, has drawn some 4,000 attendees for four days of education and networking at the Mandalay Bay Resort. Xu is one of some 200 high-level executives who are giving presentations during the gathering, which wraps up Thursday.

DoorDash continues to expand its partnerships with unconventional retailers. According to Xu, the company is trying to expand the platform to other categories. Most recently, the delivery app has partnered with Dick’s Sporting Goods store.

Xu noted that these partnerships provide greater access to a variety of products, especially when paired with the company’s subscription service, DashPass.

“The DashPass user is really a power user,” he said. “The reason why retailers get excited about DashPass is that frequency, but also the data as [customers] shop in multiple categories.

“A lot of times we think about competing for a fixed pie. But in reality, what’s happening here is people eat 20 to 25 times a week. If you start adding the other shopping occasions on top of that, it’s 100 occasions a month. So there is a lot more pie to go around.”

When asked about DoorDash’s unconventional partnership with Dick’s, Xu explained that there is “no way to know how these categories naturally work.”

“Obviously, they start with what they know us for, which is lunch and dinner. Because we have the greatest number of users that come back the most number of times, there’s just more shots on goal on our platform, pun intended,” Xu said with a laugh. “Whether it’s for sporting goods, groceries and other types of retail items – that’s really the effect that you see.”

Xu and Fortt turned the conversation to e-commerce and how it is staying relevant in a post-pandemic world. The CEO explained that delivery among retailers continues to climb. More than twice the number of customers are using the DoorDash platform to get groceries delivered compared to in 2021.

Xu called food and retail a “resilient” category, one that people will consistently spend money on. Even during the current inflationary times, he said the company’s app ise and the purchase of groceries and food from restaurants has grown.

“When it comes to e-commerce adoption, food has largely stayed at a much higher up level than say, pre-pandemic levels. The order rates are fairly consistent,” he said.

“Obviously, there’s some macro headwinds, things like inflationary pressures that everybody in this room faces, but you’re seeing a category that is very early in its penetration…you have something as resilient and sticky as food, where people participate 20 times a week, you have the stability and resilience that you don’t see in every category.”