Home » Communities Need Grocers – And We Sure Do Need Them 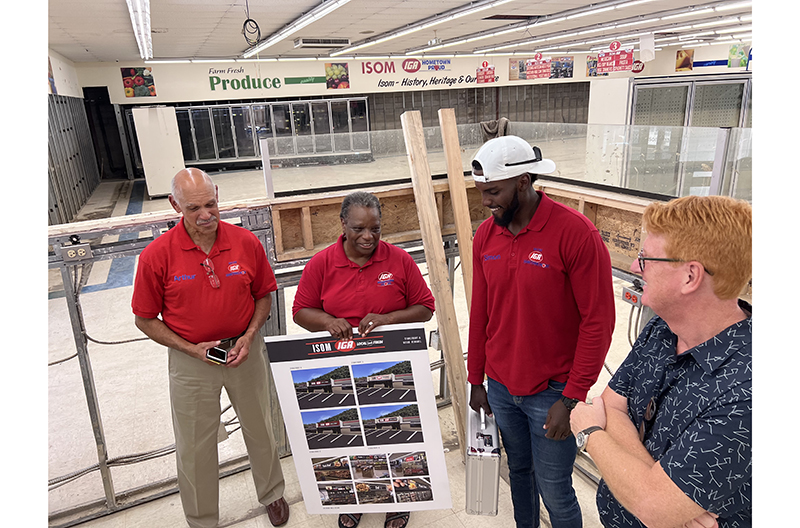 As NGA’s president and CEO, I’ve had the opportunity to travel the country to visit our members, tour their stores and learn firsthand about the challenges the grocers face in serving their communities.

NGA makes a point of saying it’s an association of independent community grocers. We talk quite a lot about the independent part and perhaps not quite as much about the community, to which our members owe their existence. It’s among the things we’ve been reflecting on this year – in fact, this month – as NGA celebrates its 40th anniversary.

I got to see what that looks like up close when I visited Isom, a tiny community in Letcher County, Kentucky, about a half-hour’s drive from the Virginia state line. It’s an area impacted heavily by recent historic flooding in that region. And the town’s only grocery store, Isom IGA, did not escape Mother Nature’s wrath.

The store, along with many homes in the area, was destroyed, leaving its longtime owner, Gwendolyn Christon, not only hard-pressed to help her townsfolk when they needed it most but facing the monumental task of rebuilding her business, with a price tag exceeding $1 million.

Gwen was in a tough spot, but she saw that her neighbors were, too. So when evangelist and motivational speaker Father Jim Sichko came down from his ministry in Lexington with $20,000 to jump-start the store’s recovery, Gwen – ever the independent community grocer – felt that other folks in town could also use that money to start rebuilding their lives. 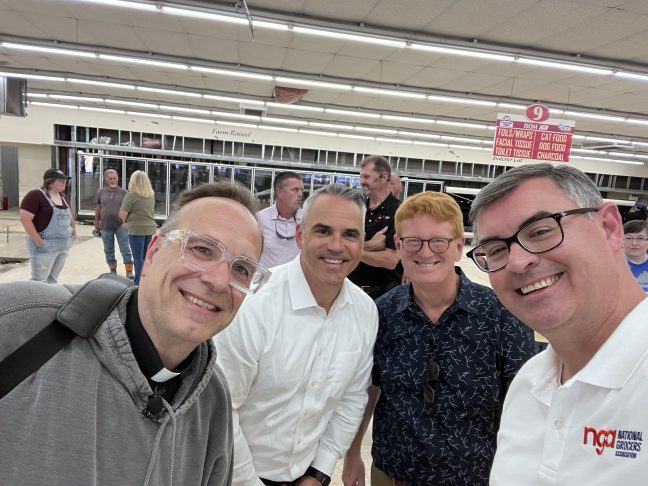 Just three weeks later, after collecting donations from companies including Delta Airlines and others, Father Jim was back in Isom with another $75,000 to rebuild Isom IGA. I was honored to be present that day, along with IGA CEO John Ross and MDI EVP Nick Carlino, when Gwen accepted this gift to get the town back on its feet.

“A month later, you start to have hope, but you don’t have any idea that somebody is going to bless you in this way,” Gwen told local media.

It speaks volumes about the folks in, around and beyond the community who reached deep into their pockets to rescue a small-town grocery store.

But it says even more about Gwen Christon, a community grocer in the true sense of the word. When offered the means to save her business, she thought first of her neighbors.

Gwen, her husband, Arthur, and their son, Simon, are three of the nicest people I’ve met in my career. The love of the community and Isom IGA staff for Gwen and her family is amazing and their love back to them is tenfold.

The store is coming along. As this column went to press, a professional cleaning crew had finished emptying and sanitizing the store, and the work is ongoing to get the store up and running. 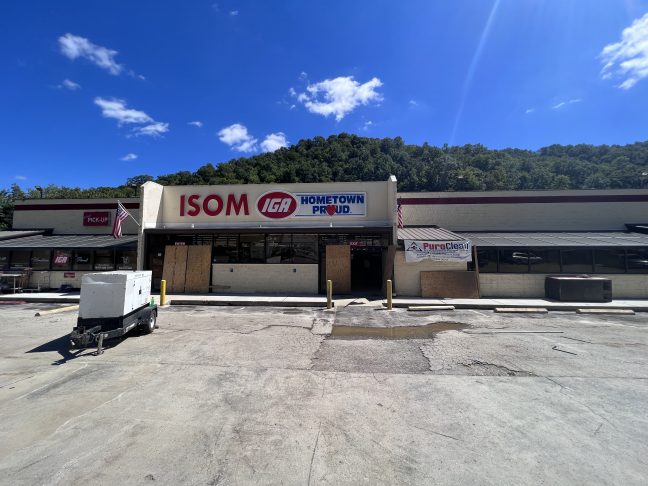 The biggest unknown was how long it would take to obtain new refrigeration cases and shelving, due to supply chain challenges. Fingers are crossed that Isom IGA can reopen by early next year.

When it does, it will be a showplace for the community. John Ross and the MDI team presented color renderings of the new store, which will sport IGA’s latest design and décor package, paid for with the generous gift from Father Jim.

Following the presentation, I was honored to be a guest at a dinner with Gwen and her team. It was wonderful to see the Isom IGA staff all back together for the first time since the flood.

Some have lost everything while others were spared. For Isom IGA and its community, there’s definitely a long road ahead.

Reflecting on 40 years as an association, NGA and its leaders are proud of all the hard work that grocers have done on behalf of their communities. In the face of adversity like the folks in Isom, it takes on an even deeper meaning of being at the heart of the community.

For more information on the association, visit nationalgrocers.org.