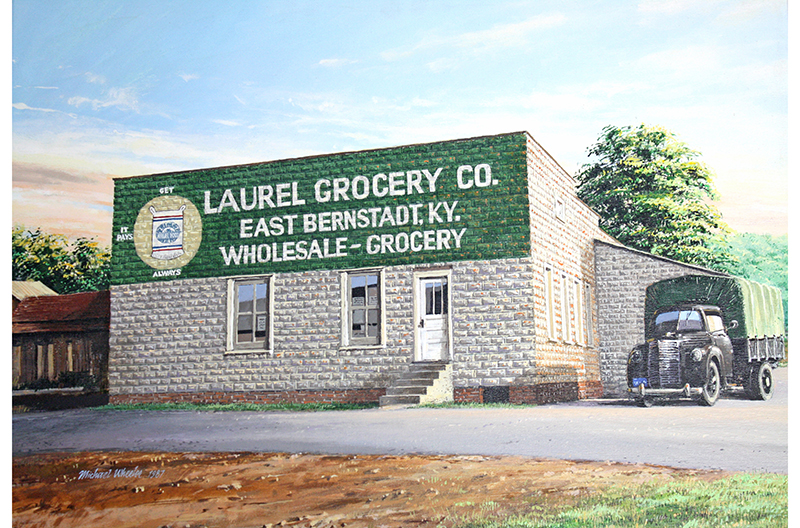 Laurel Grocery Co. is celebrating its 100th anniversary in 2022 and has been named The Shelby Report’s Wholesaler of the Year for its Midwest and Southeast regions.

Winston Griffin, chairman and CEO of the London, Kentucky-based wholesaler – and G.W. Sr.’s grandson – shared some of the company’s history with The Shelby Report.

“It all started in East Bernstadt, Kentucky, which is just outside of London, which was the then-terminating point of the L&M Railroad,” Griffin said. “Two gentlemen, Mr. [G.W. Sr.] Griffin and Mr. [W.J.] Chesnut, started Laurel Grocery.”

Prior to opening the business in 1922, Griffin was employed with the railroad and Chesnut was a banker, according to company history. As such, they realized “there was a need for a more efficient system in which groceries made their way to local shops and markets.”

They began by purchasing goods from the railroad and selling them to stores in eastern Kentucky. “Of course, that’s essentially what we still do – buy in bulk and sell products to retailers,” Griffin said.

The two used the railroad to transport products from manufacturers to warehouses, where local grocers could pick them up. They traveled throughout Appalachia, establishing partnerships with small, independent grocers while helping load grocery wagons and trucks during the night.

By the late 1930s, Laurel was flourishing, becoming the first company in Laurel County to reach $1 million in sales. Customers expanded from smaller grocery stores to schools, restaurants and other large institutions. The business eventually outgrew its original warehouse in East Bernstadt and is now headquartered in London, Kentucky, to better serve its customers.

The company was owned 50-50 by Griffin and Chesnut. It remains in those two families today, with each owning 50 percent.

Following the original founders, two members from each family ran the company. Winston Griffin referred to them as “the Big Four,” as they each owned exactly 25 percent of Laurel and made up its board of directors. The current board is comprised of members of the Griffin and Chesnut families.

“One of the most amazing things about turning 100 is it’s been two families, owning 50-50 from the beginning,” Griffin said. “And there are a couple of reasons that I think it has made it this long, when a lot of family businesses don’t.

“One, we were all raised together. These families are both from the area, and we’ve always gotten along. We’ve made it a point to get along.”

He said as the margins in the grocery business are “extremely tight, we can’t afford to pay family members who don’t work here. So the rule has always been…if you want to have an income from Laurel Grocery, you have to go to work at Laurel Grocery.”

Not only does that instill a good work ethic, Griffin said it also helps avoid issues that family businesses often run into.

The other reason is what he calls “just pure luck,” referring to the way the generations have been staggered.

Despite being owned 50-50, he said the company doesn’t have co-chairmen or co-presidents. “It’s a very traditional pyramid-shaped organization,” Griffin said. “There’s always one person at the top that is the decision maker, other than, of course, the board.”

Griffin said he was “thrilled” to carry on for the family and is fortunate to be the chairman for the company’s centennial celebration.

“That’s a big milestone for any company,” he said. “We are all a big family here.”

Laurel’s board of directors includes several members of the original two families.

The company has grown to serve more than 200 stores in Kentucky, Ohio, Tennessee, Indiana, Pennsylvania, West Virginia and Georgia.