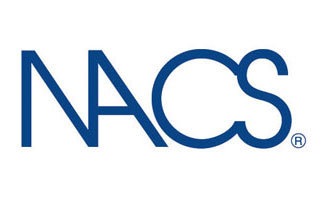 The NACS Show has again been named the top trade show in the United States for “buying plans” and third overall for net buying influence, according to a national survey of the country’s biggest trade shows conducted by Exhibit Surveys Inc. The 2011 survey results were tabulated from more than 30 of the top annual U.S. trade shows.

The NACS Show ranked highest in the country in terms of total buying plans—the percentage of attendees who anticipate buying within 12 months of a show. NACS’ score of 66 percent was matched by the International Consumer Electronics Show and was considerably higher than the all-show average of 47 percent.

The NACS Show also ranked third in the country for net buying influence, also known as “buying power,” which calculates the percentage of attendees who have the power to make or recommend final purchasing decisions. The NACS Show’s score of 92 percent also was considerably higher than the all-show average of 81 percent.

In addition, the NACS Show ranked eighth for the amount of hours each attendee spends visiting exhibitions. NACS Show attendees averaged 9.9 hours per person on the expo floor, compared to the all-show average of 8.3 hours.

Since 2002, the NACS Show has ranked in the top three in both net buying influence and total buying plans.

Exhibit Surveys defines net buying influence as “the ability to recommend, specify or purchase products or services; it defines total buying plans as “the percentage of visitors planning to buy one or more products or services seen at a show within the following 12 months,” calling it “a strong indicator of what people purchase.”

“The survey results reinforce that the NACS Show is central to how our industry does business,” said NACS Vice Chairman of Convention Steve Loehr, VP of operations support at Kwik Trip Inc. “Retailers go to the NACS Show to find new products, innovative ideas and new contacts that can change their business, and they find that their needs are met both on the expo floor and in educational workshops.”

The NACS Show will take place Oct. 7-10 in Las Vegas. NACS Show retailer attendees, as well as wholesalers and distributors, can register for the event and secure housing at nacsshow.com.

Founded in 1961 as the National Association of Convenience Stores, NACS is the international association for convenience and fuel retailing.The U.S. convenience store industry, with more than 148,000 stores across the country, posted $681 billion in total sales in 2011, of which $486 billion were motor fuels sales.NACS has 2,200 retail and 1,600 supplier member companies that do business in nearly 50 countries.