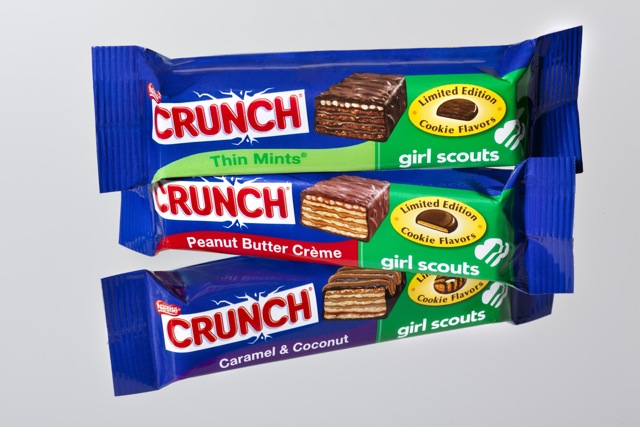 Available for a limited time only, the Nestle Crunch Girl Scout Candy Bars, manufactured under a national license from Girl Scouts of the USA, are a sweet reinvention of the three most popular Girl Scout Cookie flavors:

She then unveiled a 45-foot window display at her signature candy store as she personally hosted the morning’s colorful celebration.

From New York to Los Angeles, the enthusiasm continues for Nestle Crunch Girl Scout Candy Bars. One dedicated fan bid an astonishing $650 for the only first-edition set of three candy bars from the first production runs at an auction held at Galerie Michael in Beverly Hills. Certified by Heritage Auctions, the world’s largest collectibles auctioneer and third largest auction house, the set of candy bars was appraised at $500—nearly 200 times the retail value of the bars, legitimizing Nestle Crunch Girl Scout Candy Bars as the most valuable candy bars in the world.

The frenzy and passionate bidding continued, as fans started a bidding war over an original Renoir oil painting of the Nestle Crunch Girl Scout Candy Bars. It was created by acclaimed French artist Alexandré Renoir, great-grandson of legendary Impressionist painter Pierre-Auguste Renoir. On hand to debut his artistic interpretation, Renoir revealed the original oil painting earlier this week at a gallery in Beverly Hills. One hundred percent of the Nestle Crunch-themed auction proceeds will go toward the Girl Scouts of Greater Los Angeles.

“We’ve seen no limit to the excitement for these irresistible treats that bring together the best of Nestle Crunch and Girl Scout Cookies,” said spokesperson Tricia Bowles of Nestlé USA Confections & Snacks. “Many thanks to our enthusiastic partners at Galerie Michael, Heritage Auctions, and to the wonderfully talented Alexandré Renoir.” 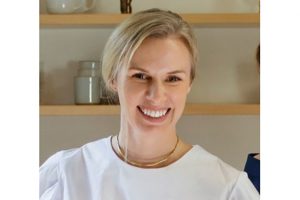