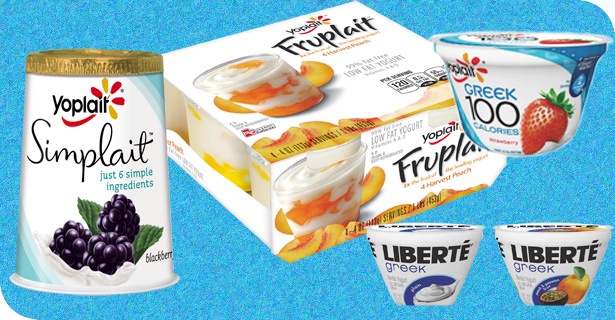 General Mills executives discussed plans to fuel growth in the U.S. and around the world in the company’s new fiscal year at a meeting with investors earlier this week at the New York Stock Exchange.

“Our goal is to deliver consistent, high-quality sales and earnings growth,” General Mills Chairman and CEO Ken Powell told investors. “Our strategies are designed to generate balanced growth across our portfolio.”

General Mills expects fiscal 2013 to be another year of good growth, said Powell, with sales and profit increases on its base business and contributions from newly acquired operations, including Yoplait International, Parampara in India, and Food Should Taste Good in the United States. The company also signed an agreement in May to acquire Yoki Alimentos in Brazil, which is expected to close in the first half of fiscal 2013.

General Mills will continue its focus on Holistic Margin Management (HMM). Over the last three years, supply chain HMM projects alone generated $1 billion of cost savings, and Powell said the company expects to generate an additional $3 billion of HMM productivity between now and the year 2020.

Growing through innovation on new and established brands in the U.S.

“Our leading brands are staples in many U.S. households, because they offer great taste, nutrition and convenience—all at good value,” said Ian Friendly, EVP and COO, U.S. Retail. “Today, a higher percentage of meals are made at home—or carried from home—than at any time during the last decade. So demand for packaged food products remains high.”

General Mills is responding with more than 70 new products in the first half of the year. Many of these introductions represent bigger innovation on platforms that Friendly expects to drive sales growth, including:

• Yoplait Greek 100: a 100-calorie Greek yogurt—the only Greek yogurt endorsed by Weight Watchers® with a PointsPlus® value of two per serving;

• Yoplait Fruplait: A blend of Yoplait Original with two times the fruit of other yogurts;

• Liberté Méditerranée and Liberté Greek: The fastest growing yogurt business in Canada, Liberté will launch its great-tasting, premium yogurts products in the U.S. this summer;

• Fiber One Chewy Bars: with kid-friendly Chocolate and Strawberry PB&J flavors, and 20 percent of the daily value of fiber;

Across Europe, for example, the company plans to drive its Häagen-Dazs business through expansion of Secret Sensations ice cream mini-cups, both expanding to new markets and by introducing a new flavor and package size. General Mills also is integrating its Häagen-Dazs advertising efforts across shops and retail locations with its “Anticipated Like No Other” global advertising campaign.

Yogurt is now General Mills’ biggest category in Europe, and O’Leary said he sees good opportunities for continued growth across the Yoplait brand portfolio. In France, General Mills is launching new varieties of Calin, a functional yogurt high in calcium, and is expanding Calin to the U.K. market this summer. General Mills also recently expanded its European yogurt business by reacquiring the Ireland Yoplait license.

Over the current decade, emerging markets are projected to account for 95 percent of the world’s population growth and more than 60 percent of the growth in global GDP, O’Leary said.

“By 2020, the number of middle-class and affluent families across China is expected to double—to 200 million households—creating a growing market of potential General Mills consumers,” said Gary Chu, president of General Mills Greater China.

In a country where dumplings are an every day food, Wanchai Ferry dumplings are the category leader in every city with market share data available. Today, Wanchai Ferry frozen dumplings, dim sum and noodles are sold in more than 130 cities across Greater China—with plans to enter new cities moving forward. Wanchai Ferry also is entering new markets, including Thailand this fiscal year.

The company said it plans to reach $900 million in sales for its wholly owned businesses in China by 2015.