After Pepsi reported March 1 that it would lay off between 80 and 100 workers in the Philadelphia region, blaming the city’s sweetened beverage tax that took effect Jan. 1, officials from the Pennsylvania Food Merchants Association (PFMA) say to expect more job losses in the area because of the tax.

The 1.5 cents-per-ounce tax has caused many products, including soda, juices, sports drinks, teas and fountain soda, to double in price, the group says. Taxes collected support an expansion of early education and other public programs.

The city estimates that sales of sweetened beverages have dropped 27 percent, according to Alex Baloga, PFMA’s VP of external relations. PFMA members and industry officials, however, report that the drop exceeds 50 percent. Baloga adds that there remains a potential for more job losses in the industry if sales continue to fall. He also cites

other issues, including shoppers leaving the city and state to escape the tax and less-than-expected revenue for the city.

“There are more folks taking their business elsewhere, and that’s hurting the city and the state,” he says.

PFMA President and CEO David McCorkle has repeatedly said the tax is hurting—and will continue to hurt—businesses.

He said in January: “The mayor’s regressive tax is gouging families and small businesses across Philadelphia. Working families and seniors living on fixed incomes aren’t just being ‘cranky’—they are rightfully angry because the mayor’s new 1.5 cents-per-ounce levy has dramatically increased prices on thousands of common beverages across Philadelphia. This tax is having a damaging impact on families as businesses are forced to pass the increased cost on to consumers—which is precisely what we predicted and what the city projected in its budget presentation to city council. And the mayor’s flippant comment that families should switch their shopping to the suburbs has the potential to further devastate thousands of businesses across Philadelphia—from corner stores to supermarkets that provide family-sustaining jobs to thousands Philadelphians. Rather than encouraging the decimation of an entire Philadelphia industry, the mayor should take a close look at the negative impact of his tax.”

Several groups have come together to form “Ax the Bev Tax,” which plans to formulate a plan to repeal the tax. Ultimately, the tax decision is up to the Philadelphia City Council.

“There is a lot of impact to employees and their families,” adds Baloga. “A lot of states are watching what happens in Philadelphia with this tax. It will have a lot impact across the country.”

The Giant Co. To Open Newest Philadelphia Store On Nov. 12 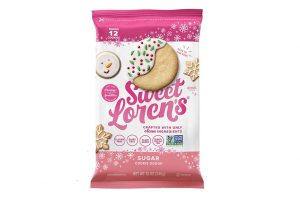