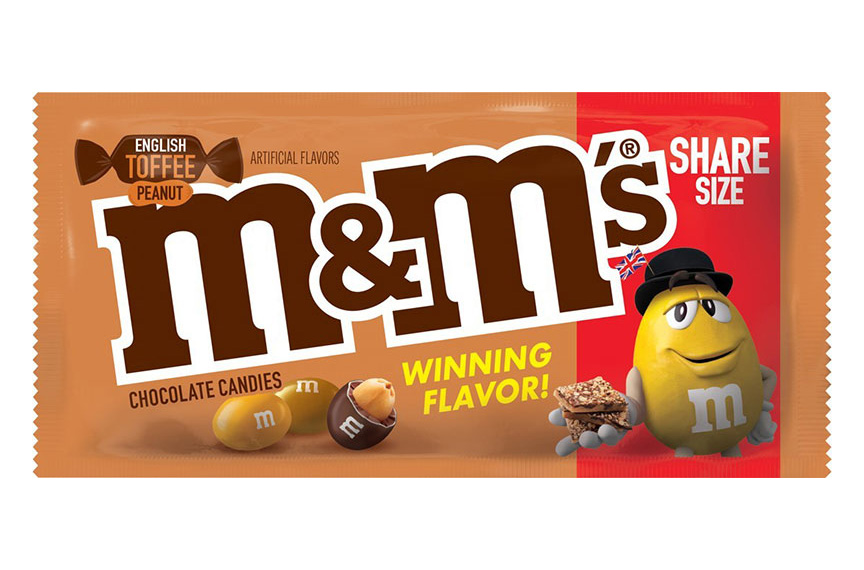 This month, English Toffee Peanut will officially join the M&M’S lineup in stores. The new flavor features a combination of sweet toffee and savory peanut, covered in milk chocolate and wrapped in the brand’s signature colorful crispy shell.

“We love inviting our fans to partake in the flavor innovation process and influence the M&M’S products they see on shelves,” said Allison Miazga-Bedrick, brand director for M&M’S. “We were thrilled to see so many of our passionate fans engage in the campaign and cast their votes, with English Toffee Peanut as the overwhelming fan-favorite!”

M&M’S fans nationwide can find M&M’S English Toffee Peanut on mms.com and on shelves at retailers nationwide in a 2.83-oz. Share Size and an 8-oz. Sharing Size Stand Up Pouch.

M&M’S is a brand of Mars, a family-owned business headquartered in McLean, Virginia, and operating in more than 80 countries.