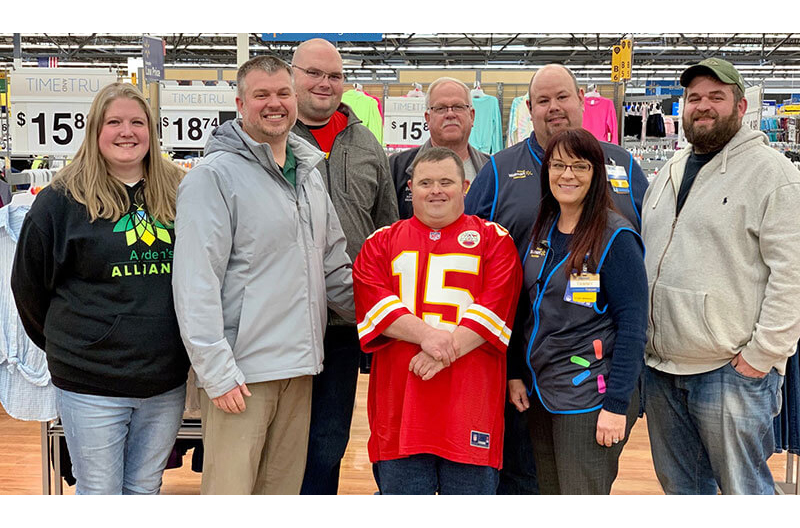 Throughout his hometown of Versailles, Missouri, Dustin Pryor is known for three things: his strong work ethic, his joyful spirit and his undying devotion to the Kansas City Chiefs.

Pryor’s love for the team started when he was a boy watching games with his brothers. A Walmart associate, Pryor has worked at Store 357 in Versailles for more than 20 years. He occasionally finds a coworker who has never attended a game, and he makes sure to set that right by inviting them along to watch his team. His friends are continually encouraged by his unrelenting faith in the team, how he believes the Chiefs can win a game up until the very end. “They remind me of my heroes,” Pryor said of his beloved team.

Of course, every football fan dreams of their team playing in the big game. After the Chiefs won the AFC Championship game and it was clear they would be going to Miami, a family friend decided to see whether she could help make Pryor’s dream a reality.

She started a crowdsourcing effort to send Pryor to Miami to watch his team play—and his community delivered. The account quickly exceeded its goal, growing to nearly $20,000 in just four days and demonstrating the affection the community has for Pryor and his family. Pryor was ready to buy his tickets but learned he didn’t have to. He was blown away when he was surprised with tickets to the game. Walmart was able to be part of making this dream come true for Pryor, his three brothers and their dad to head to Miami. The family said they would use the crowdsourced funds to support other expenses while on the trip.

Pryor’s story is proof that if you dream big and work hard, incredible things can happen. 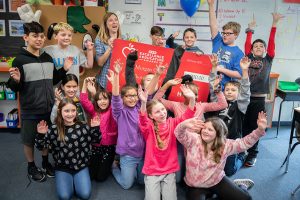 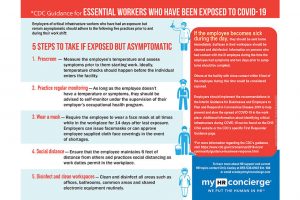 HR & Benefits: What Does Working After COVID-19 Sheltering Look Like? 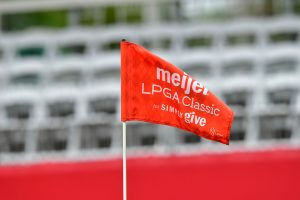