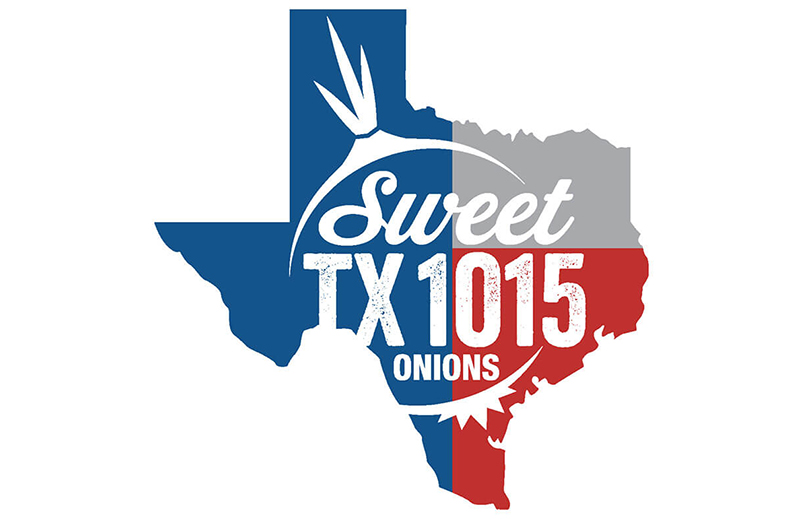 The 2020-21 Texas 1015 Sweet Onion (TX1015) marketing campaign has wrapped up for the season. This new marketing program of the Texas International Produce Association was funded by a USDA Specialty Crop Grant administered by the Texas Department of Agriculture.

It focused efforts directly on American consumers through a variety of platforms, engagements and awareness campaigns.

In previous years, the TX1015 onion program suffered from a lack of consistent branding and marketing focus compared to its similar counterparts. This new campaign provided industry awareness and excitement with new branding and messaging, as well as a host of consumer outreach tools that leveraged the symbols and colors of Texas. The program, led by the theme “Farmed by Texans, Famous by Families” focused on telling the stories of history, place and people that make these onions special.

The program used both traditional and digital marketing methods to engage with consumers. The first year of the campaign resulted in more than 18,000 direct social engagements, 14 new TX1015 recipes and cataloged more than 1.4 million impressions in a MAT release.

Additional storytelling in a two-part video series captured the people behind the brand highlighting the TX1015 growers, packers and shippers in the “How do you eat a Texas Sweet Onion” and “South Texas Farming – Building a Family Legacy.”

“This type of marketing focus is long overdue to create the brand awareness that Texas 1015 onions deserve,” said Dante Galeazzi, manager of the South Texas Onion Committee and CEO and president of TIPA. “It was fun to watch the energy and excitement of consumers build around the TX1015 brand, and in turn get retail buyers giving Texas 1015’s a closer look. It will be fun to see what we can do next season.”

The 2021 sweet onion crop harvesting ended in late June and the marketing campaign ended on July 9.  The planning phase for the 2021-22 marketing plan begins in September and planting of the TX1015 crop begins in October.