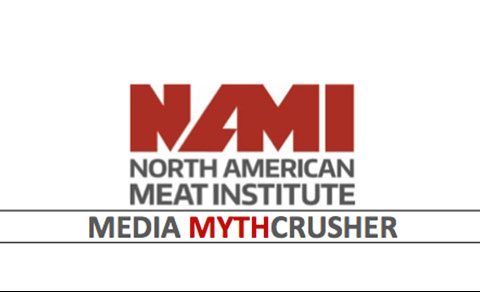 The North American Meat Institute (NAMI) offers a series of “Media MythCrushers” around meat issues. In this one, NAMI tackles the issues of sustainability, greenhouse gas emissions and climate change, “which are among the most complex topics for reporters to cover,” the group said. “While many different definitions and numbers are used in various discussions of the issues, their context can often be lost over time.”

Here are 10 reminders from NAMI that may be useful in supermarkets if consumers ask questions about any of these topics.

While environmental impact is often defined by Greenhouse Gas (GHG) emissions, sustainability is a far more complex issue that can be defined differently but generally encompasses environmental impact as well as social responsibility and economic viability. In the meat industry, many companies include animal welfare programs and policies under their larger sustainability umbrella.

An often cited and deliberately “shocking” statistic from the 2006 United Nations report, “Livestock’s Long Shadow,” says that livestock contribute 18 percent of GHGs worldwide, a greater percentage than transportation. This number has been widely challenged by scientists who point out that the UN produced its numbers for the livestock sector by adding up emissions from farm to table, including the gases produced by growing animal feed; animals’ digestive emissions; and processing meat and milk into foods. But its transportation analysis did not similarly add up emissions from well to wheel; instead, it considered only emissions from fossil fuels burned while driving.

Even following the attention and resulting confusion over the “Livestock’s Long Shadow” report, worldwide GHG emission data often continues to overestimate the regional impact, particularly in developed nations such as the United States. According to the U.S. Environmental Protection Agency (EPA), all of agriculture contributes nine percent of America’s GHGs while livestock production accounts for 4.2 percent of GHGs. By contrast, transportation accounts for 27 percent and energy production is 31 percent.

The notion that smaller scale operations are more environmentally friendly and sustainable than larger scale is not supported by the data, which suggests that efficiency is the most important factor. Research from the University of California, Davis underscored how modern practices can help the environment. Researchers there studied two groups of cattle in a feedlot setting. One group utilized modern technology while the other did not. The first group generated 31 percent less greenhouse gas emissions than those without technological advancements.

Once again, production efficiency has much larger impact on sustainability measures and GHG emissions than locally produced food. This is particularly true with regards to transportation. Transportation costs for local systems are often small scale, which can be much less fuel efficient than larger transportation systems, which move a larger amount of food to a great number of people at once.

6: Water Use Numbers Are Often Outdated.

When examining the amount of water used in meat production, many stories reference numbers from 30 to 40 years ago—like a claim that 2,400 gallons of water are needed to produce a pound of beef. Modern beef production has improved significantly over time as better husbandry practices have actually reduced water usage. Today research has found it takes 441 gallons of water to produce one pound of boneless beef. To put that number in context, it takes 713 gallons of water to make one cotton t-shirt, 39,090 to manufacture a car and 36 million gallons of water leak every day from the New York City water supply system.

The Meatless Monday campaign recommends eliminating meat from your diet one day per week as a way to reduce your environmental impact, but EPA data shows this impact is negligible. Just 4.2 percent of greenhouse gas emissions are from livestock agriculture, with beef contributing 2.2 percent according to EPA. If all Americans were to cut out beef one day a week, this would reduce their carbon footprint by just .3 percent.

Most of the calculations of sustainability and GHG emissions commonly shared in the news determine the impact of livestock production using meat as the sole output, but for cattle, nearly half of the animal is used for purposes other than for meat. For pigs, a third of the animal is used for other purposes. Different products produced from these animals include leather and other textiles, pet food, animal feed, soap, personal care products, industrial lubricants, biodiesel fuel and medicines. The National Renderers Association estimates that removing by-products from landfills has about the same effect on GHG emissions as removing over 12.25 million cars from the road.

9: The Environmental Impact of Meat Production Is Shrinking. 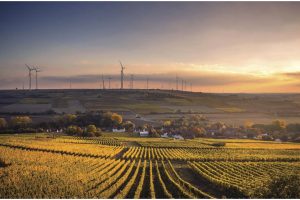 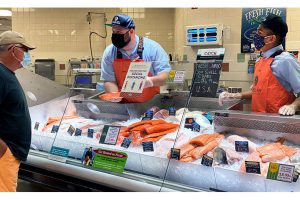