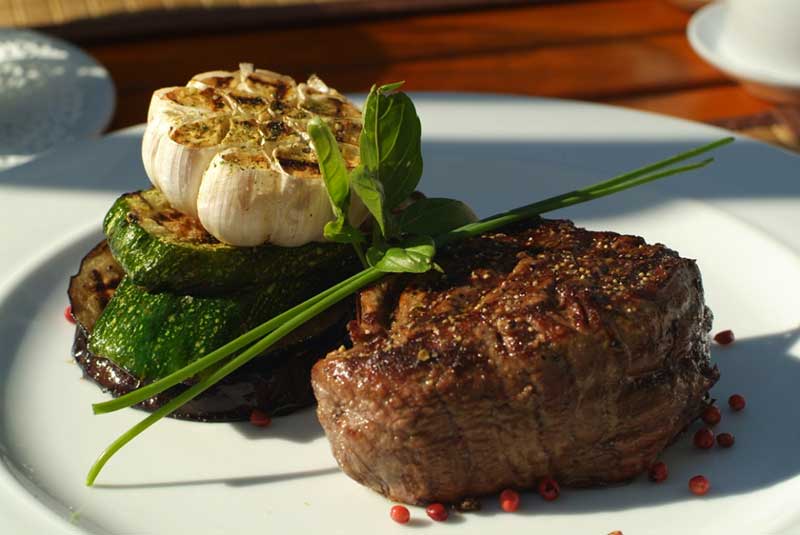 When it comes to American cuisine, there are few things more iconic than steakhouses. The slabs of marbled meat, the sizzling grills, the oozing butter and the dripping bravado, maybe even a cowboy hat or two for ambiance—it’s enough to make even fictional steakophile Ron Swanson misty-eyed.

Yet for all the traditional steak dinners ordered daily, there are restaurants nationwide pushing the concept of the all-American steakhouse to new culinary heights, according to market research firm Packaged Facts in the new report, 2017 Forecast: Culinary Trend Tracking Series.

“The steakhouse is back and will capture our attention in 2017. Not that the classic restaurant style ever disappeared, but a renewal of the model is taking place in response to new sources of beef and new flavorful expressions of the concept that get chefs and diners excited,” said David Sprinkle, research director, Packaged Facts.

Chefs and consumers both want their meat to taste delicious and to feel good about its consumption, too. This new breed of steakhouse broadcasts its mission to support local ranchers, factor in sustainability and animal welfare, and create a dining experience that showcases culinary flair, not just a grill master’s skill at cooking steak to the requested doneness. These operations also are designed to be more inclusive, more of a great place for all kinds of people to dine well, not just tradition-minded men on expense accounts.

As a result, the modern steakhouse is increasingly similar to other modern restaurants with a focus on distinctive and sustainable sourcing, local and seasonal produce, and global flavors and forms, all done within the steakhouse format showcasing cuts of meat as entrées with a choice of sides. Moreover, new menu categories (such as flatbreads) and service elements freshen the concept.